Victims of child trafficking in Turkey, find connection in America 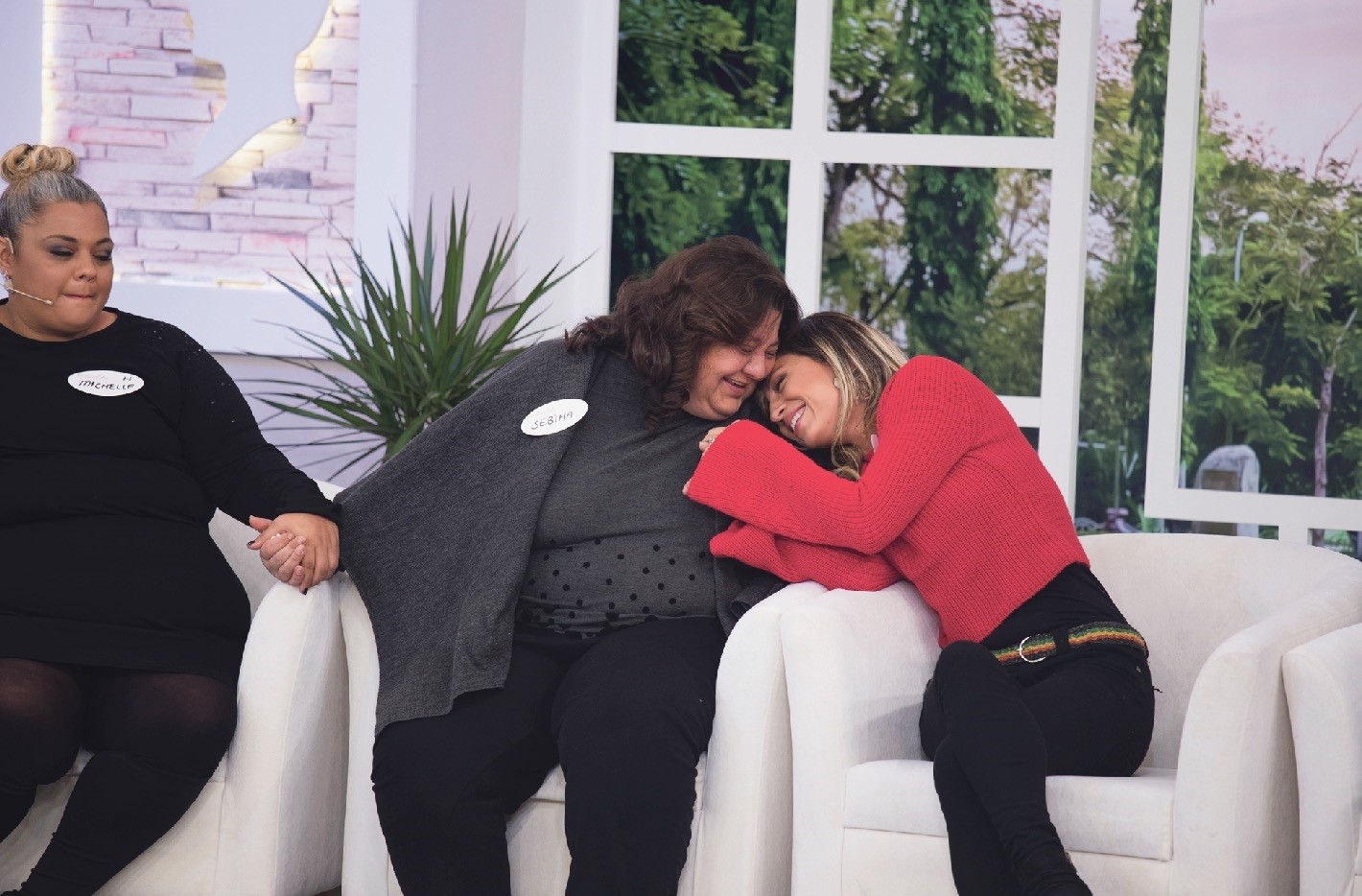 Brittany Louisse Quillen (R) and Michelle Salary (L) are together with one of their sisters while meeting their biological family members on a TV program in Turkey.
by Ayşe Betül Bal Jan 23, 2018 12:00 am

Two American women, Brittany Louisse Quillen and Michelle Salary, came to Turkey to meet their biological family after they found out that they are sisters and were adopted years ago from a Turkish family for money

Born in the İncirlik district of Adana province in southern Turkey, Seçil Berberoğlu's life had gone into a very different direction since she is now an American woman, Brittany Louisse Quillen, a 29-year-old mother who lives in the U.S.

Brittany and her sister Michelle's story went viral after they met their biological family on a TV show titled "Esra Erol' da" ("Esra Erol Show") in Turkey and allegations revealed that they were not simply adopted but were sold to U.S. soldiers at İncirlik Air Base at a very young age along with many other children from the same city.

Attorney Elife Kumak mediated the bargain, and others are involved in the case. According to Brittany, "Being adopted is not a bad thing." Even though they "stole years of her life with her siblings in Turkey," she said that she had also pretty much had a good life in the U.S. Brittany did not search for her biological family until very recently and did not know that she had actually been adopted in return for money just like her sister, Hatice Berberoğlu, now Michelle Salary as Turkish born American woman. The case of the two women evoked a public interest on the issue as people watched the reunion with their family on a TV show. However, as much as the sisters, Brittany and Michelle, found their real family after all these years, they want the ones responsible for their being sold at 7-years-old and 3-years-old, respectively, to stand trial and pay for what they did. Indeed, many questions need to be resolved on the issue regarding both Turkish and international law.

Although the illegal sale of two children and others hasn't been expounded yet, it is a crime that violates international human and child rights. It takes away one of the most essential rights of a child: That he or she has a right to preserve their own identity. Article 8 of the United Nations Convention on the Rights of the Child (UNCRC) underlines: "States Parties undertake to respect the right of the child to preserve his or her identity, including nationality, name and family relations as recognized by law without unlawful interference." "In our case not only the names, religion and language of Brittany and Michelle have been changed, but their whole destiny has changed," said, the sister's attorney, Özlem Hatice Bakırcı, to Daily Sabah via a phone interview.

Attorney Müşir Deliduman, an expert on human rights, pointed out that UNCRC Article 3 emphasizes the high benefit of the child and said, "There is both national and international written law that states the high benefit of the child requires a child to be with his/her family, and a child can develop her/his self-improvement better in her/his cultural environment." Saying the situation violates the high benefit of the child, attorney Deliduman asserted: "One of the reasons that lead and endeavor families to become involved in such a crime is unemployment and poverty. Thus, the causes of human trafficking are the appealing opportunities and proposals of the opposition side. In these contexts, this case is a crime that violates Articles 80,135, 202, 234 of the Criminal Code of The Republic of Turkey by violating the rights demonstrated by Article 17 and 18 of Turkish fundamental law."

Reuniting with their family after all those years, both sisters were extremely happy and excited as Brittany said: "That was the first time I saw my entire family. They are all amazing." Brittany and her sister are not angry with the members of their family, except their father, who is considered one of the offenders and allegedly responsible for the child trafficking at that time and the key suspect in the case. "The only person that I am angry with would be my father and Elife Kumak, the attorney that pretty much sold me. I think that she has got something to hide, and she is going to say anything that she can to save herself, but she is obviously guilty. I had so many people tell me about her getting money from my American family to give to my Turkish family. So it can't be just a coincidence," said Brittany. Kumak said these are completely false accusations, as she talked to Daily Sabah. "We could not stay silent on the issue since what has been said does not reflect the truth," said Kumak. "Now that we resorted to jurisdiction, it is no longer right to make statements on the issue; the legal process will reveal the facts."

On the other hand, indicating that Kumak would have been in a statutory advisor position and consulted on the case as an attorney, attorney Bakırcı said: "Kumak is a suspect now. Although we cannot say she is innocent, she had an opportunity to explain. We do not want to incriminate anyone. Thus, we respect her to resort to the jurisdiction," emphasized Bakırcı. "But some questions need explanations. How an attorney, beyond everything, can possibly let those children be sent to America? How can an attorney be a mediator in child trafficking as she should have known the child's rights in the first place?"

"In this case, the family of the children misused their parental rights; on the other hand, the bargainer and the mediator committed a crime against humanity. A child is not property, and the whole community and public are in charge of the child's being and interests. The disposal of the children could not depend on parental rights," said Deliduman.

Kumak connected with Michelle when she was 18 and told her that she was adopted and her biological family wanted to see her photographs. Giving such breaking news to a teenager, however, Kumak did not give any information about her real family as the sisters' attorney stated. "This is not right all by itself. Also, she hasn't given any information about the whereabouts of the two lost brothers of Seçil [Brittany] and Hatice [Michelle] due to attorney-client privilege as she indicates," said Bakırcı.

The confidentiality of the investigation is important to get results as soon as possible according to Bakırcı, but they also want people to know that the legal process has been started. According to her, "This is important to create a public conscience on the issue as there would be many families involved in the same case." The connection between the American children and the rest of the family when they reunited was unbelievable as Brittany said: "I love my family in America, and I love my family in Turkey. My American family is a family I grew up with, but meeting my Turkish family was just amazing. I will be in touch with them every day from now on."The reaction when a child or a teenager learns that he or she was adopted differs from person to person and results in a variety of situations, depending on the conditions. Expert pedagogue Zeynep Temize Atalar said that every child reacts differently when they find out that they were adopted and that one of the most important factors is the attitude of the family that adopted them. Atalar asserted, "But what should be taken into consideration are the words and thoughts of adopted children. They can both accuse their biological families or understand their reasons for making such decisions. Each and every child should be examined as an individual and valued for what they decide personally."