Origins tell it all: How computer terms came into being 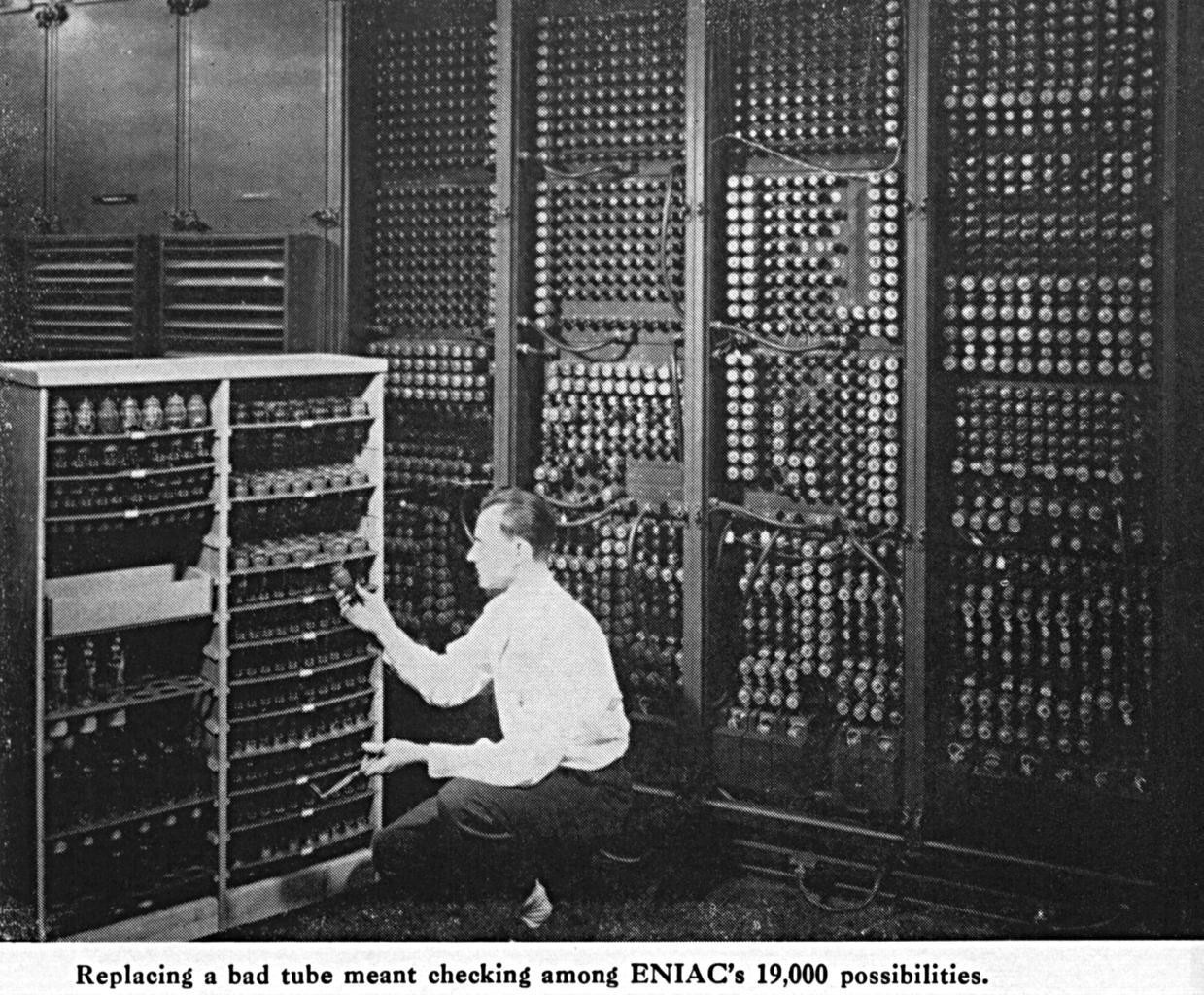 A scientist works on the Electronic Numerical Integrator and Computer (ENIAC), the first programmable, general-purpose digital computer, built during World War II by the U.S.
by Çetin Kaya Koç Feb 20, 2018 12:00 am

The origins of most computer terms may be unknown to an average user but some of them are quite often used by all of us nonetheless. The ubiquitous use of computers and our obsession with the internet as the main medium of information have taught us many terms. However, even if we use them correctly, we probably do not know how these terms were coined, and quite often their stories are very colorful.

Let's start with the term "wiki," which means "quick" in the Hawaiian, a Polynesian language. As a computer term, it means "a quick and easy way to access multiple sites." as given by the original creator Ward Cunningham.

If you ever go to a Chinese restaurant in the U.S., your check comes with fortune cookies for everyone at the table. Each one has a fortune written on a small piece of paper inside. These fortunes are either highly optimistic premonitions or general principles of life, such as: "You will marry your lover" or, "The greatest risk is not taking one." In computer terminology, a cookie stores a user's information for a website on their computer in order to identify the user later. Early programmers thought there was a pretty strong similarity between a program that saves information and a Chinese fortune cookie.

Anyone who is familiar with computer companies knows how cut-throat competitive they are. It is very difficult to bring them together to agree on something, such as a standard. Each one wants to grab what is on the table and run away with it. Therefore, when the top-four companies finally agreed on a standard for a short-distance communication protocol in 1997, the engineers who organized the meeting aptly named the standard Bluetooth after King Harald "Bluetooth" Gormsson of Denmark and Norway, who is known for uniting all of Scandinavia. The king's nickname comes from a rotten tooth that was actually blue.

Cursor in Latin means "runner" or "running messenger," I guess this is one name that is meaningful to describe the pointer when you move the mouse. But the origin of "mouse" as a computer term is even more interesting. While people suggested that since it looks like a mouse with a tail connected to the computer, it was called a mouse, but there is another more plausible story. I actually met its inventor Douglas Engelbart in Oregon where he retired after work. He would often come to parties given by Oregon State University where I was a professor. He graduated from Oregon State University in 1942. Interestingly, Engelbart did not name the device, others did after his first demo in 1968 in San Francisco. As usual, Apple stole the idea two decades later for the first Macintosh. The instrument was called a mouse because it was chasing the cursor, which was also called CAT. However, no one seems to remember why the cursor was called CAT or what CAT stands for. When I discover it, I will tell you.'Bug' before computers invented

Another interesting term in computer terminology is bug, which refers to a logical or implementation defect in a program. Apparently, Thomas Edison used the term in his notebooks to describe a defective or malfunctioning system, even before computers were invented. Another plausible origin of the term comes from 1947, during the operation of the electromechanical computer Harvard Mark II. Since it consumed a massive amount of electricity due to electrical relays, it would get warm and attract many critters, such as cockroaches, to the basement where these colossal machines were kept. Of course, often enough they would get electrocuted and fried and cause a malfunction. The operators had to turn off the electricity to debug the machine and brought a new term to the colorful word of computer terms.

Now we use the term debug as a verb to mean "cleaning out the defective parts of a program" after a hasty programmer finishes the job. Often bugs are very subtle and can only be discovered after extensive testing.

The term computer, however, predates all of them, obviously. The early usage of the term refers to a human, not a machine. A "human computer" computed numbers for accounting or scientific purposes, most commonly in astronomy and meteorology. With pen and paper, they sat at a desk and added or multiplied columns of numbers. Even after mechanical calculators were available, the operators were called computers.Computer was also formal job title and people were hired as computers to do such jobs. In the 1910s and 1920s, engineers hired many computers for weather prediction and building construction. In the Manhattan Project, human computers working with mechanical calculators assisted numerical studies of the complex formulas related to nuclear fission. The use of human computers in wartime accelerated. For example, accurate artillery shell trajectories were calculated and published as tables. The movie "Hidden Figures" and the non-fiction book of the same name by Margot Lee Shetterly are about black women who worked as mathematicians and human computers at NASA during the space race. However, these women were more than just number crunchers, they were mathematicians modeling the problems as numerical computing tasks for the electronic computers of the era. 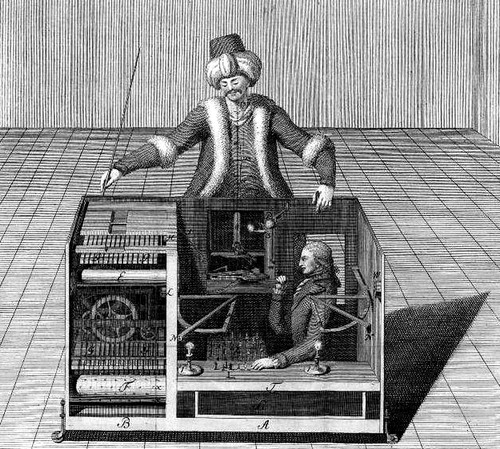 Finally, we come to the last, but not the least interesting term: Mechanical Turk. I am sure some of Daily Sabah would be interested in this story.

The original Mechanical Turk was a chess-playing machine designed to trick members of the Austrian imperial court. Hungarian inventor Wolfgang von Kempelen created a chess-playing machine in 1770 that appeared to beat its human opponents with ease. It was called "The Turk" because the wooden head and body was dressed in Ottoman clothing, most probably to intimidate the opponents. This was in the 1700s, only 100 years after the Ottoman army sieged and nearly captured Vienna. The Turk easily defeated amateur chess players, apparently including Napoleon and Benjamin Franklin. However, The Turk was actually a hoax as a human chess player would hide inside the machine, controlling the moves and making it look like the machine was playing.

Another 235 years later, Amazon stole the concept. Amazon created a human-computer mixed system of service called the Amazon Mechanical Turk or MTurk where humans get involved in making decisions at which computers fail miserably, such as determining the context of a picture, such as if a person is happy or sad. Thousands of people are hired to do such tasks. The server will bring the decision in front of the MTurk worker, sometimes called an MTurker, who then makes a selection among given choices within a few seconds. People get paid pennies per second to do such jobs. The individual job posts are called Human Intelligence Tasks (HITs), and MTurkers can choose from thousands of them, and generally make about $2 or $3 an hour.