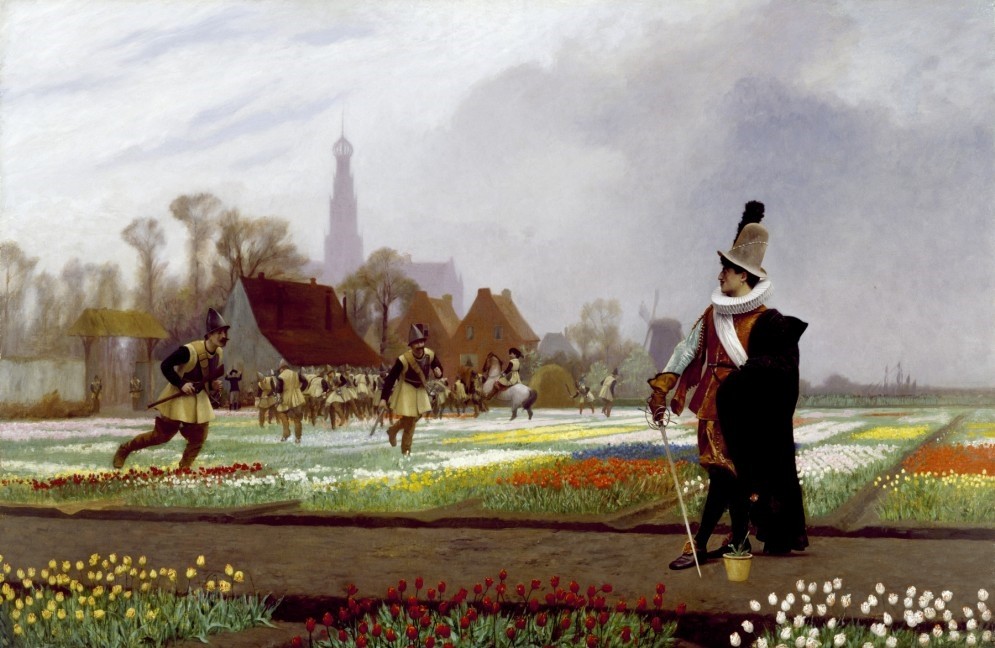 In the first quarter of the 17th century, tulip mania thrived in the Netherlands where tulips were sold for unbelievable prices.
by Erhan Afyoncu Mar 02, 2018 12:00 am

Today's bitcoin craze is being compared to the Netherland's tulip mania of the 17th century, which tragically led to many suicides and banktruptcies

The tulip came from Asia to Anatolia with the Seljuks. After the Ottoman Empire was established, tulips decorated every part of life. There were private gardens called "hasbahçes," which were prepared for sultans in Istanbul. Although Europeans didn't know what a garden was, sultans were able to get away from tiring state affairs and relax in these gardens.

Renowned Austrian Ambassador Ogier Ghislain de Busbecq, who is known for his book "The Turkish Letters," was in the Ottoman lands in the 1550s. There were tulip bulbs among the plants that he brought with him while returning to Vienna. Busbecq gave those bulbs to Carolus Clusius, who was responsible for the empire's gardens. Clusius started to produce tulips with these bulbs in Austria.

As a Protestant, he chose to go to the Netherlands at the end of the century as Catholic oppression increased. Tulips started to decorate the houses and gardens of the Dutch thanks to Carolus Clusius. Colorful red, yellow and white tulips were grown with each having different assertive names, such as "admiral, general, admiral of admirals and general of generals."

You can learn the detailed story of tulips in the Netherlands with the "Tulip, Light of the East" DVD prepared by the Culture Co. and Mike Dash's book, "Tulipomania: The Story of the World's Most Coveted Flower & the Extraordinary Passions It Aroused." 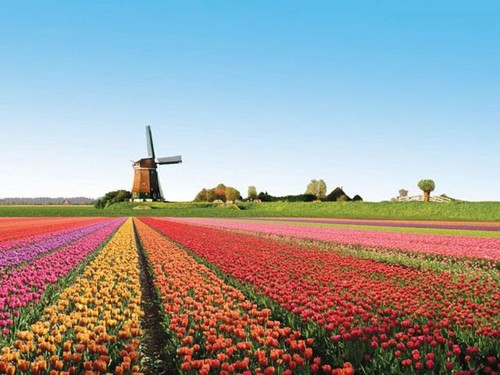 In the first quarter of the 17th century, tulip mania thrived in the Netherlands. Rare tulips were sold at unbelievable prices. When a tulip was sold for 12,000 Guldens, equal to the price of a mansion in Amsterdam in 1629, everyone paid attention. In 1635, 40 tulip bulbs were sold for 100,000 Guldens. A tulip bulb could be bought with the 10-year revenue of a craftsman. For a tulip bulb, 250-300 sheep or 25-30 tons of butter had to be sold.

Even poor people started to grow tulips. When grown tulips were sold, more expensive bulbs were being bought, and this trade was conquering all parts of life. After tulips blossomed, the bulbs could be removed and sold. Sellers and buyers signed contracts predicting that they would buy tulips at the end of the season. The demand for tulips increased in countries like France. The more demand increased, the more prices increased day by day. The price of rare tulips became uncontrollable.

In the autumn of 1636, the mania reached its highest level, and the tulip trade became a gamble. Tulips were being sold in bars and barrelhouses, and a tulip might change hands 10 times a day. Each tulip owner was registered and given a document that proved he or she was the owner. People were selling their lands and properties to trade tulips. Thus, even ordinary tulips reached unbelievable prices. It wasn't actually tulip bulbs changing hands, but rather contracts. Thus, it was referred to as the "wind trade". Many people became rich with this trade, so people from all walks of life became involved in the tulip trade, dreaming of wealth. Those involved in the trade were continually paying ever-higher prices, as they believed they would sell it for a profit. The people thought that this would continue forever, but inevitably, the economic bubble was destined to pop.

Merchants were unable to get any contracts due to the extremely high prices. Dutch people started to sell tulips instead of buying them. Prices decreased more than 95 percent in one week in February 1637. Some people even committed suicide, jumping into the canals of Amsterdam, while others celebrated their newly made fortunes. In 1637, the state made a new arrangement for the tulip trade, taking the situation in hand, and created a small-scale, controllable situation. People, who write about the extraordinary behaviors of the masses, always use tulip mania as an example. In recent years, tulip mania has always been remembered when an economic bubble happens.

The Dutch started traversing seas and oceans to sell what they got from the Baltic and North seas. They gave importance to trade in India and the Atlantic with their ships called "fluyt," which were first built in 1590. Mass production of this new type of ship, which could quickly cross the ocean, provided a great advantage.

With the establishment of the Far Lands Company, the Dutch entered the spice trade in 1594. After its great success, new companies were founded. Established in 1602, the Dutch East India Company monopolized the Indian trade. Later, the Dutch West India Company was founded. English and Ottoman strikes against Spain and Portugal paved the way for the Dutch to conquer Spanish and Portuguese lands in Asia and Africa.

Dutch ships transported the goods of Spanish, French, Portuguese and English merchants. Banking in Amsterdam increased as trade spread. They developed the milk sector through land reclamation. The Netherlands grew in trade and signed a 12-year cease-fire with Spain in 1609. Thousands of Dutch ships monopolized world trade by sea.

They colonized many places, such as Indonesia, Ceylon, Sri Lanka and Taiwan and discovered West Australia shores in the 17th century. The West India Company colonized the northeast shore of North America. The Dutch established New York as New Amsterdam. They sold leather, wool, cannabis, lumber, iron and copper in the Mediterranean and fabric, wine and olive oil in Northern countries. Dutch merchants managed trade with their representatives in European ports and loans from the Amsterdam Bank.

In the middle of the 17th century, the Dutch replaced the Portuguese in the spice and silk trade. Amsterdam, which was a small fishing village in the 13th century, became one of the most important centers in Europe. The Netherlands turned into the richest country in Europe thanks to colonial trade. However, the English would slowly start taking over Dutch colonies by the end of the century.