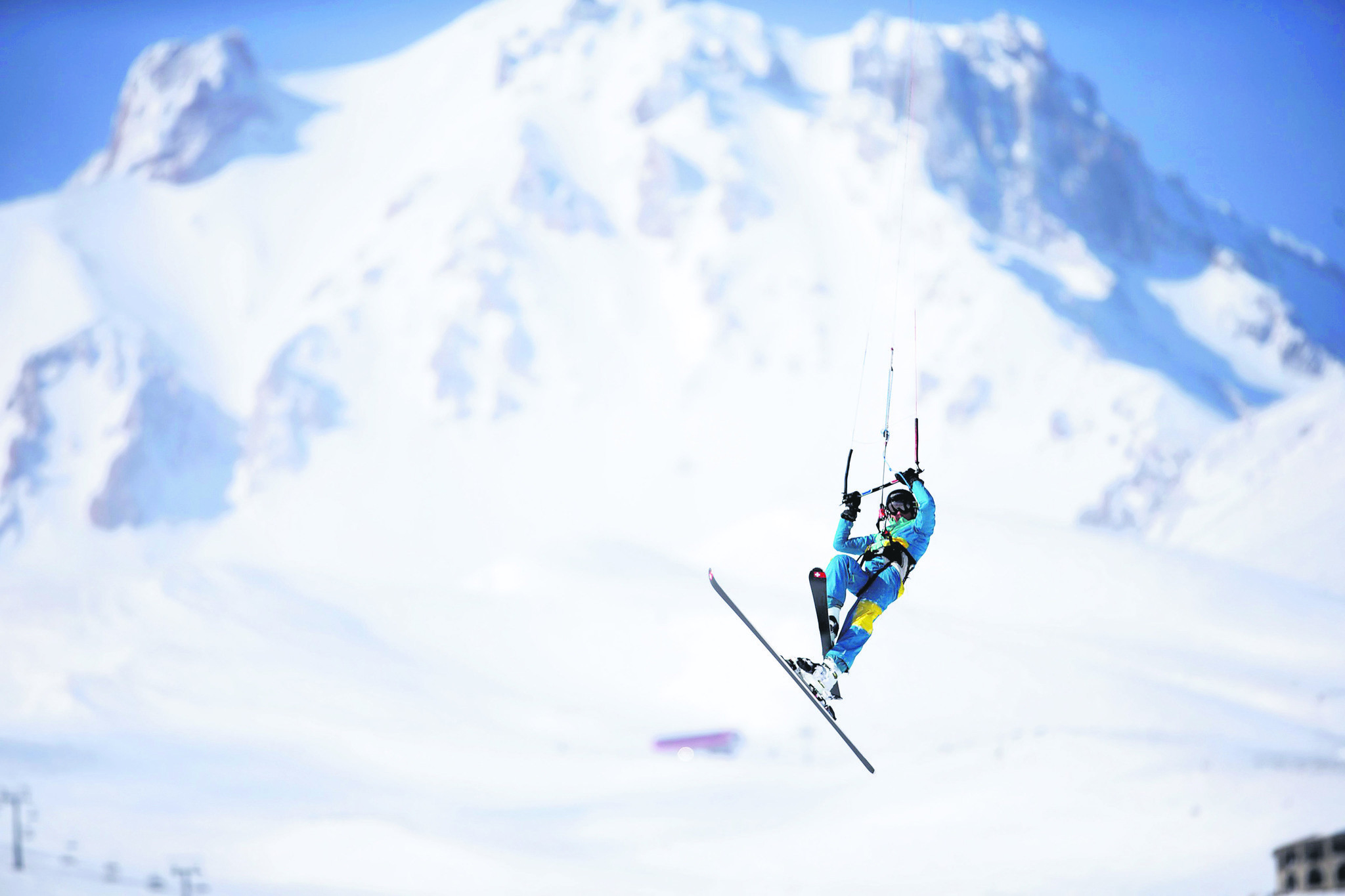 Mount Erciyes is one of Turkey's top winter tourism destinations, offering an adventurous but comfortable vacation thanks to its winter sports center, which has a number of special advantages

Among the country's wintertime attractions, Erciyes stands out as a place to have an unforgettable snow holiday. It has a number of unique features, especially Erciyes Winter Sports and Tourism Center, which has been called the "Alps of Turkey." The center set a visitor record in January of this year as approximately 100,000 people flocked to the highest peak.

No lines, no problem

The Erciyes Ski Winter Sports and Tourism Center has technical opportunities and lifts that meet the standards found in the Alps. Located on Mount Erciyes, 19 mechanic facility nets, two of which are gondolas, offer visitors a chance to ski in different areas. The high technology cable cars can carry 26,750 people in an hour. This gets rid of the problem of lines to ascend up the mountain.

One of the most important issues at the ski center is security. Kayseri Erciyes Inc.'s security team of 25 make frequent rounds to prevent unwanted situations on the mountain and deal with the risks of skiing itself.

Best runs in the world

The runs at Erciyes Ski Center are even more open and breezy than those in the Alps. While the exciting experiences are good for snowboarders, the best runs for those who want to try kite skiing are also here. Another feature in Erciyes is its powder. The cold, high mountain offers faster and more fluid skiing on powder. Additionally, Erciyes is a good spot to try the cable cars, which are open at night, to ski under the stars during.

Those who have just started to ski can take lessons at the Snow Academia ski school. Certificated and experienced teachers provide the training in Hisarcık Kapı.

One of the important things for skiers is whether there is enough snow on the runs. Erciyes Ski Center can provide enough snow, solving this problem with the most developed snow guns in Turkey. It has 54 kilometers of runs and 154 snow guns in case it is not snowing. Artificial snow allows the runs to stay open until the ends of spring.

There are 34 different ski runs, which total 102 kilometers and connect with each other in Erciyes' ski center. Eighty kilometers of these tracks are arranged every day by snow trucks. The runs of different difficulty levels such as black, red, blue are at 2,200 meters to 3,400 meter, which is very close to the peak.

In addition to skiing, the resort has a number of social areas. The cafe, restaurant, market, equipment rental service, changing room, rental lockers, baby room, children's playground, health center, ski and equipment stores in the ski center satisfy all guest needs. All the services are budget friendly, as well.

The opportunity to stay in both global hotel chains in the Erciyes city center and gorgeous alpine hotels is a great advantage. The hotels on the mountain offer a luxury experience with a capacity of 1,450 beds. The world-famous hotels in the city center also provide the opportunity of day-long skiing and have a 5,000-bed capacity. Visitors who want to come and experience all of these opportunities in the ski center can also enjoy the historical and cultural sights in Kayseri province if they choose to stay in the city.

Kayseri, where Erciyes Ski Center is located, has history stretching back 6,000 years. Visitors can discover historical places in the city during with sightseeing tours.

The history of the Kayseri grand bazaar dates back to the Ottoman Empire. It is the second-biggest bazaar in the country after the Grand Bazaar in Istanbul. As soon as you enter, there is the smell of spices. In addition to spices, there are jewelry and textile shops. This historical bazaar, which has survived two fires, is still an important part of trade in Kayseri. 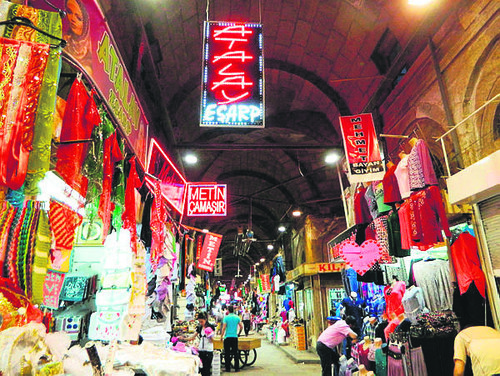 The grand bazaar in Kayseri is a great place to visit after enjoying the slopes on Mount Erciyes.

Imagine a building open to the sky and a yard decorated with Seljuk motifs. The Hunat Hatun Madrasah, a favorite venue for students, hosts traditional handicraft shops and is a candidate for the most beautiful building in the city.

The Seljuk Civilization Museum, built by the Kayseri Metropolitan Municipality, is one of the top spots in the city. Built by Kaykhusraw, a Seljuk sultan, at the will of his sister Gevher Nesibe, in 1206, Gevher Nesibe Madrasah has been serving as a Seljuk museum since 2014. In the museum, Seljuk architecture, art and science are presented with interactive panels. There are holographic, three-dimensional images and augmented reality as well. With this technology, visitors can walk on water and dress like a Seljuk sultan. After experiencing the pleasures of skiing in the ski center and visiting the sights in Kayseri, there is one more thing that people can do, as Erciyes is the most central ski center in the world – a visit to Cappadocia. There are flights from around the world to Turkey, and also 20 scheduled flights from Istanbul to Kayseri every day. The one-hour flight to Erciyes is popular among local and foreign tourists. Erciyes Ski Center is located 50 minutes from Cappadocia. This proximity to Cappadocia and the Kayseri city center provides an advantage to those who want cultural tours as well as a winter holiday.