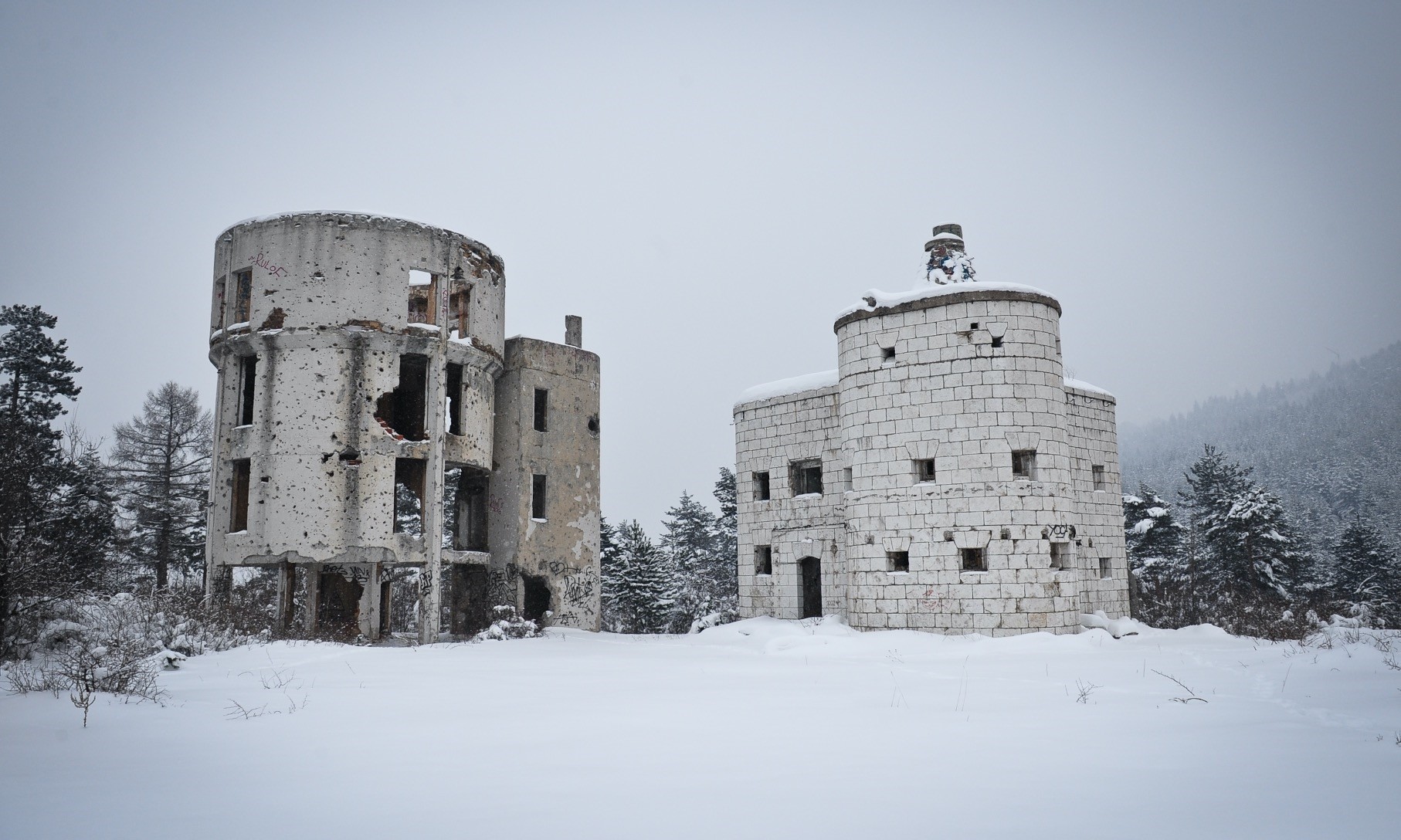 Colina Kapa Astronomical Observatory was once Bosniau2019s shining star in astronomy studies, but now, the building is empty, covered with bullet holes.
by Anadolu Agency Mar 06, 2018 12:00 am

Once a pioneer of Bosnia-Herzegovina's astronomical studies, Colina Kapa Astronomical Observatory in Sarajevo bears the marks of the Bosnian War while holding out hope of one day returning to its heyday

Colina Kapa Astronomical Observatory in Bosnia-Herzegovina's capital Sarajevo, currently unusable due to the damage it sustained during the war between 1992 and 1995, misses its good old days.

Once the flagship of astronomical studies in the country, the observatory is now a ghost of itself riddled with bullet holes.

Established toward the end of the 1960s on Mount Trebevic near Sarajevo, the observatory is one of the worst reminders of the Bosnian War. 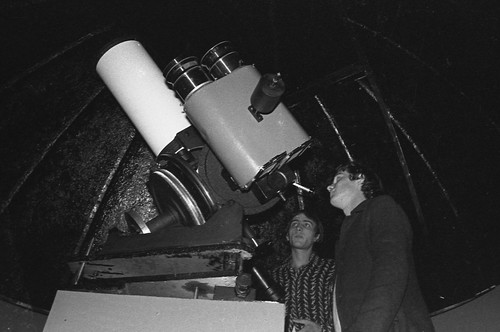 Students observing the skies at Colina Kapa Astronomical Observatory before the war.

Before the war, the observatory served as one of the leading scientific centers for both Bosnia-Herzegovina and the region in the field of astronomy. An important milestone in Bosnia-Herzegovina's astronomical research, it consisted of two buildings and three domes with telescopes. The observatory was also a source of inspiration for astronomy enthusiasts in the region with its library, photographic laboratory, high-tech instruments and scientific publications.

Damaged and rendered unusable by Serbian troops during the Bosnian war, the observatory brought studies, both in astronomy and in other interdisciplinary fields, in the country to a standstill.

Projects headed by the Astronomical Society Orion are underway to return the facility, which functions as an open-air museum for tourists and students, to its former glory.

Adela Subasic, a physicist from the Astronomical Society Orion, told Anadolu Agency (AA) that the observatory, which was a pioneer institution of its time, had undertaken numerous scientific projects, adding that researchers once traveled from neighboring countries to make observations.

Subasic noted that astronomy in Bosnia-Herzegovina has taken a hit because the observatory's poor state, indicating that the main reason behind this level of damage is the facility's strategic location.

Stressing that the worst damage was to the equipment and burned books, Subasic said observatories in Serbia, Croatia and Slovenia were not harmed at the time and that these countries are now ahead of Bosnia-Herzegovina in the field of astronomy.

Subasic said although the destruction of the observatory adversely affected official scientific studies, scientists reorganized themselves as astronomy enthusiasts. "We set up an astronomy community hoping to quickly put this place back on its feet. We are producing projects and working to revive the observatory once again. There has been very little progress, but we will not give up," Subasic said.

Subasic said their only hope for restoring the observatory was foreign investors because the country's politicians are not interested in the center and expressed his hope that the observatory would be restored as soon as possible.

Subasic also said they bring students of different age groups to the observatory and show them around, adding that sometimes they stay the night and make their own observations.

"I hope that this place will be a center that embodies not only astronomy, but also other sciences such as physics, chemistry and biology. I'm hoping for a place where the students will gather, and those interested in science will explore their talents. If this place is restored once again, new things can be discovered," Subasic added, wishing for the observatory to be a great scientific center again one day.