Uber vs taxis: Maybe it is time for taxi drivers to shape up 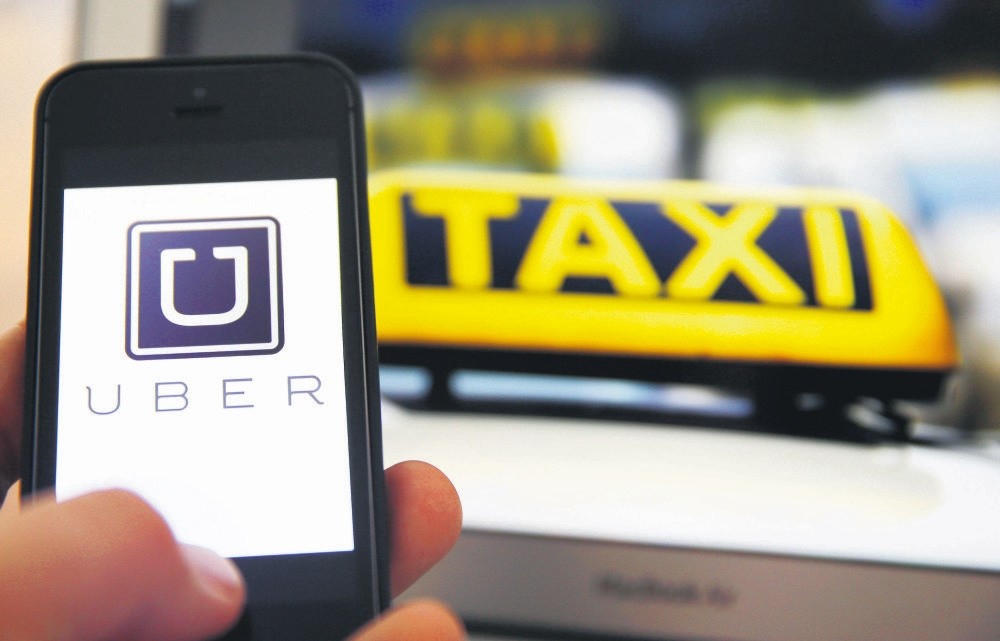 Refusing to heed long-standing complaints of customers, yellow taxi are a fabled, deep-seated means of transportation in Istanbul that are on the verge of losing their war against Uber

Istanbulites will know taxi drivers are one of the most notorious occupational groups in Turkey and not surprisingly so. There have been numerous instances of passengers facing rude behavior from cab drivers, uncomfortable journeys, security issues and overcharging. The conditions have not improved in years despite the unremitting complaints, which explain patently why Uber has seen explosive growth in Istanbul.

Before I decided I had to have my own vehicle, I was one of the thousands of other commuters who had to put up with this issue - having relatively no better way to travel in the city - while hardly affording this "luxury" means of transportation. So when I bought my own car years ago, the initial relief was that I finally I did not have to funnel a huge chunk of fare to an uneasy journey in a yellow taxi. But the best part was now I didn't have to sit unsettled in the smoke-permeated cab, worrying each time whether I would reach my place of destination safe and sound or wonder whether the cab driver was ripping me off by extending the route to where I intended to go.

But even if you own a car, there will be some occasions when you would still have to call a cab, like when you want to go home from the airport or while you are on a vacation. Or sometimes, you just don't feel like driving in your fancy clothes and high heels to go attend an event late at night. That is when Uber succors. You download the raid-hailing app on your smartphone and the vehicle closest to your destination shows up in minutes.

Most of the time, you ride in a Mercedes minivan and know in advance how much you will pay for the journey. Unlike taxi drivers, Uber drivers don't try to communicate with you throughout your journey. Plus, they abide by the traffic rules, unlike taxi drivers who grow impatient at the slightest vision of traffic density, pass red lights and exceed speed limits. Along the same lines, Uber drivers don't grunt at short-distance journeys (something I frequently faced especially when I was traveling from the airport to my home, which is just a mile away). They don't smoke, and you are not allowed to smoke in the vehicle (on one occasion a taxi driver had handed me a cigarette). And it does not count whether you are a local or a foreigner, who are easy pickings for taxi drivers. With ride-hailing apps, there is no chance the driver can overcharge you. All these qualities have endeared Uber to many commuters in Istanbul, but the most important fact is that commuters feel Uber is safer than yellow taxis.

Hakan Hamurci, an Uber driver for over a year, said security was a top priority for Uber. "Uber requires aspiring drivers to receive education on how to treat their customers and what to do in extraordinary situations, like when a client is intoxicated or aggressive."

He said "Uber support units" located in Istanbul's Levent district, arrange the training sessions and drivers could only register after submitting official documents including a police clearance and a certificate of residence.

"They sift through everything about us. Every driver is thoroughly inspected. There is no space for improper behavior. Plus there is a point system, where passengers can grade the driver after each journey. For instance, if a customer complains about anything related to smoking, let's say the vehicle smelled of smoke or the driver smoked during the ride, your vehicle will be banned from the system

"It is not just passenger's safety but driver's safety is also of importance. On one occasion, three men, apparently drunk, got into my vehicle. They were asking for trouble at face value, but I never reciprocated. They did not pay for the journey. I still did not make a commotion. That was no big deal because Uber pays me the fare when I report such cases. And to prevent re-confronting the same client, Uber blocks that customer's location for me. And if that customer creates problem more than once, they can be entirely blocked from accessing Uber," he said, adding, "In Uber, every detail has been thought out carefully to provide safety for the passenger as well as the driver."

Taxi drivers, who have recently waged a legal war against Uber, remain skeptical.

"Uber is not safe. How could it be so when there is no concrete authority to file your complaints to? The passenger who travels in my vehicle can be a plaintiff, but who will you resort to if it is an Uber driver?" asked Hüseyin Yıldırım, who has been a taxi driver for more than a decade. "I accept that there are those [taxi drivers] who have exploited their passengers, but this is not only specific to this line of work. There are teachers and doctors who have violated work ethics. So should we condemn all teachers and doctors?"

Yusuf Yakup, another taxi driver, slapped on, jumping into the conversation, "There is something illegal going on here." He sounded extremely vexed at the charges against his colleagues. "I pay my taxes, get a driver's certificate, and pay insurance while some random guy just buys a vehicle for TL 110,000 ($28,103) and takes away my job by only paying a 5 percent commission fee to an international firm. Is that fair?" he asked in what sounded more like a rhetorical question.

Yakup also had an interesting theory about the recent incidents of assaults of Uber vehicles allegedly perpetrated by rival taxi drivers. He claimed that Uber drivers did so to their own vehicles to victimize themselves and pin the attacks on taxi drivers.

The tough rivalry between Uber and taxi drivers has morphed into ongoing vis-a-vis protests, following instances of violence against the former. Uber drivers are complaining about constant threats from taxi drivers after Uber customers propped up the transportation service on social media with the hashtag "Don't touch my Uber," in a display of support.

In a sign of the growing hostility, taxi drivers, who claim that Uber has encroached into their work and stole their customers, have filed a lawsuit demanding a ban on what they denounce as "pirates."

It is probably clear by now that I deplore Istanbul's taxi drivers in, nevertheless, it was promising to see them defend their "rights" through legal means. On March 12, a handful of taxi drivers came together to protest Uber shortly before the second hearing of the case.

Just when I was on the verge of agreeing that a legal basis should be found for Uber to continue operating in Turkey and that otherwise it should be banned, an intimidating statement from Eyüp Aksu, the head of the Istanbul Taxi Drivers Tradesmen's Association (İTEO), reversed my thoughts. Speaking on behalf of his fellow taxi drivers, he said they would resort to their "own means" if they don't get

the result they want in court - effectively dashing the slim hope that this rivalry could somehow shake up the taxi drivers and the industry.

I'm not sure how it still hasn't struck taxi drivers yet, but the one and only way to win against Uber will be an improvement. To open up a bit more, raise standards and the quality of service, be nice to the passengers and make sure that they have a pleasant and safe journey, so they do not have to look for an alternative. Competition is usually considered a good thing because it can prompt a rivalry between the different groups working in the same sector as each side constantly feels the necessity to come up with innovations to surpass the other. But in this specific case, taxi drivers do not seem to have learned their lessons well and are continuing to pin their hopes on a monopoly. Neither a ban on Uber nor threats will save their reputation. And even if they manage to oust Uber from Turkey, people will then try harder to buy their vehicles just to avoid taking taxis but only to make the moribund Istanbul traffic worse.