A license to kill 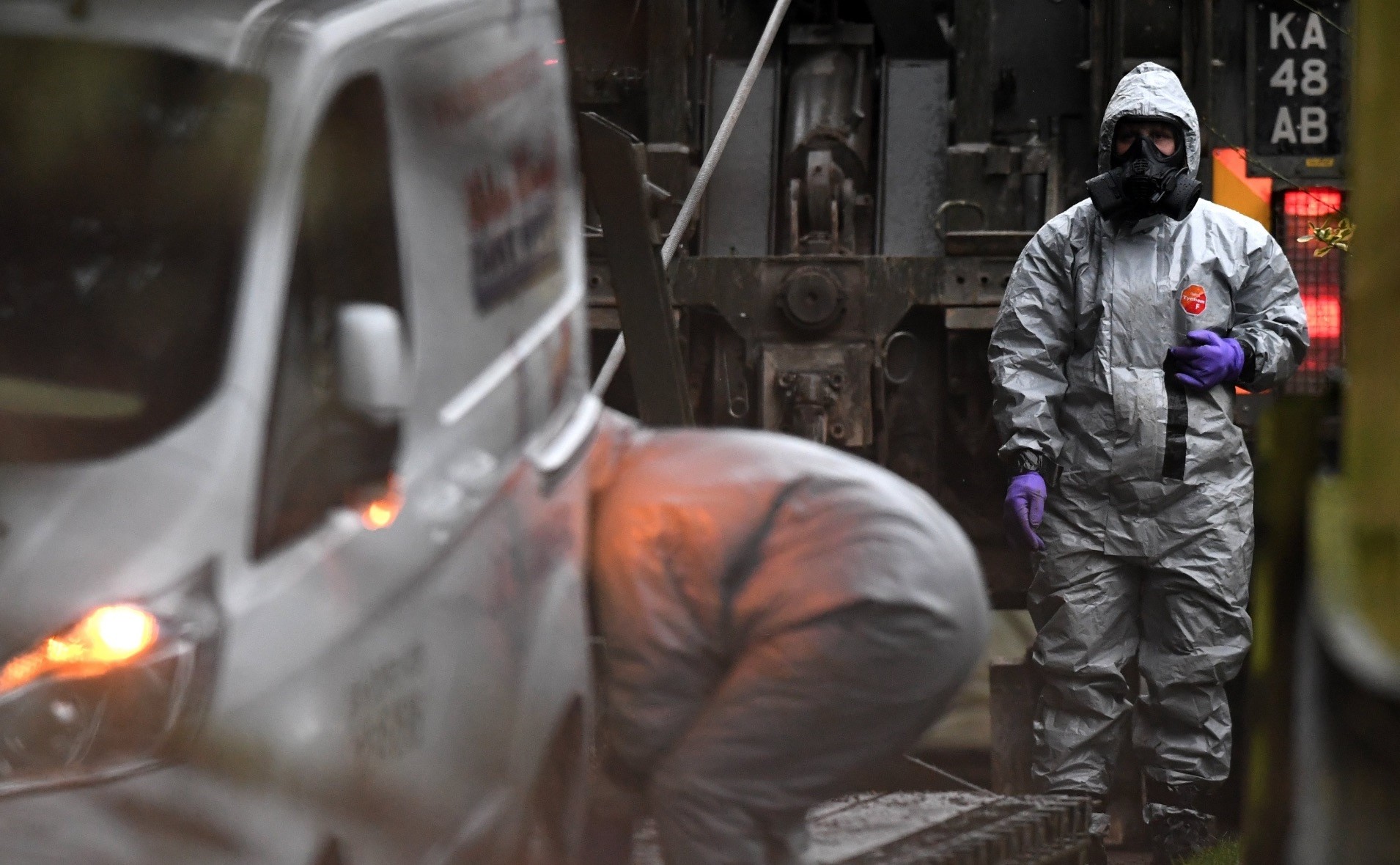 Members of the armed forces in protective suits investigate a property in Winterslow, Britain, after former Russian spy Sergei Skripal and his daughter were attacked with a nerve agent.
by Jane Louise Kandur Mar 24, 2018 12:00 am

Throughout history assassination has been a tool used for one power or person to remove an undesirable but prominent person; the raison d'être of assassination is political. In recent weeks, accusations of assassinations have been making the headlines once again

The derivation of the word assassination dates back to the Nizaris, a group who fought against the Abbasid caliphate. The name originally meant "hashish users."

One of the most infamous groups to end lives for political reasons is without a doubt the CIA. The CIA drew up intricate plans to take out Patrice Lumumba of the Congo; he was to be killed with a lethal virus, but Lumumba was brutally murdered before this happened. They were involved in the assassination of the president of the Dominican Republic, Rafael Trujillo; Indonesian President Sukarno and South Vietnamese President Ngo Dinh Diem were among the people targeted by the CIA to be "removed."

In 1973, the CIA helped organize the overthrow of Chile's president, Salvador Allende, deemed to be too left wing: Allende died on the day of the coup.

But by 1975, things had begun to change. President Carter had a committee set up to investigate just what the CIA was up to. The Church Committee probe revealed some of the weapons and plots that the CIA had been involved in, including up to 10 assassination attempts against Fidel Castro. The attempts are the stuff of Bond films - or perhaps the "Naked Gun" films. Among the convoluted plots to remove the Cuban prime minister/president were an exploding cigar and a poisoned scuba suit. Despite the CIA's best attempts, Fidel Castro died of old age.

Then there are the conspiracy theories that the CIA managed to give Hugo Chavez cancer. These stem from the fact that Chavez's cancer had a very sudden onset and was very conveniently timed. Whether or not the CIA was involved, Chavez's death has had a serious impact on the path of Venezuela.

After 1975 and the Church Committee, the CIA found itself in a difficult position. The American people were not overly pleased that assassinations were being planned and carried out "in their name." This was at a time when anti-war emotions ran high in the country. Consequently, the CIA stopped carrying out "assassinations;" they replaced their assassinations with "targeted killings." Such targeted killings included dropping bombs on presidents or sending in drones against leaders designated (by the United States) as terrorists. In 1986 a bomb was used in an attempt to take out Muammar Gaddafi, attempts were used against Slobodan Milosevic in 1999 and Saddam Hussein in 2003. 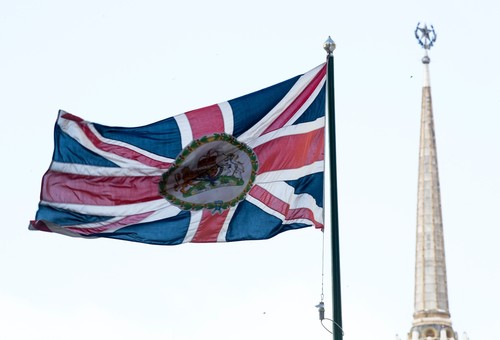 A British flag flutters in front of the British Embassy with the Soviet star in Moscow, Russia.

There are reports that there was a plot to use strobe lights to blind Slobodan Milosevic's chauffeur so that he would crash in a tunnel. However, this plot did not belong to the CIA; it is said to have emerged from the offices of MI6, the British intelligence agency. Just a few years later, Princess Diana died in a car crash in a tunnel. There are many who have made the leap to make a connection. But the CIA was not to be outdone. WikiLeaks released a document that states that in 2014 the CIA had looked into how to hijack car control systems, thus allowing a car crash to be staged.

Last year, North Korea claimed that the CIA had tried to assassinate leader Kim Jong-un. The Koreans claimed that "biochemical substances including a radioactive substance and a nano poisonous substance" were used. The CIA has never denied nor confirmed these allegations.

The attack on the Russian spy who had been sent to the United Kingdom in exchange for a British double agent has caused a great furor in the West. How dare the Russians murder someone on British soil? The Russians have clearly overstepped the mark.

But this isn't the first time that a former Russian citizen has been taken out on British soil. In 1978 Georgi Markov, a Bulgarian dissident, was murdered when a micro-engineered pellet containing ricin was shot into his leg via an umbrella. There is little doubt that the Bulgarians had help from the KBG in this assassination. More recently in 2006, Alexander Litvinenko, a Russian dissident, died after ingesting polonium, which had been hidden in a teapot. Again, Russian intelligence services were thought to be behind this death.

Last week Sergei Skripal and his daughter Yulia were found in a collapsed state on a bench in the middle of a quiet British town. Skripal was a double agent; in 2006 he had passed the identities of Russian intelligence agents to the British Intelligence Service. For this, he had been imprisoned in Russia. Later Skripal was released from prison. His release, along with three other people, was made in exchange for 10 Russian agents who had been discovered in the U.K.

Soon after being found near death on a bench in Salisbury, it became clear that he and his daughter were victims of a nerve agent. The U.K. government stated that they had been poisoned with the nerve agent Novichok. Novichok was first developed in the Soviet Union - yet the Russian government vehemently denies any involvement in the attack.

Novichok was developed in the former Soviet Union in the 1970s and '80s. In the 1990s, Dr. Vil Mirzayanov revealed the formula of Novichok in a book he had written after emigrating to the United States. The reason given by Mirzayanov for publishing the formula is that he did not think Russia should have a monopoly on the nerve gas; he also wanted Novichok to be included on the list of banned chemicals. His thinking was that this could only happen if the existence of Novichok was made public.

The formula for Novichok is formed from two separate "non-toxic" components that, when mixed, become active. This is an advantage to any intelligence agent, as it is easy to transport, handle and store the ingredients. In addition, neither of the components is on the banned list. There is no risk to the person carrying the components.

As the formula has been published, it is feasible that other intelligence agencies could make Novichok. It might be for this reason that the United States has not come out and condemned Russia. Rather, Sarah Huckabee Sanders, the White House press secretary, has stated: "The use of a highly lethal nerve agent against U.K. citizens on U.K. soil is an outrage. ... We offer the fullest condemnation." Yet she failed to answer questions about whether or not she and her government agreed with Britain that Russia was responsible.

Russia is denying responsibility. A number of Russian newspapers have stated that not only were Russian agents not responsible, it is more than likely that MI6 was involved.

It has been stated that the only other places where Novichok could possibly be made would be Porton Down in the UK, or perhaps the U.S. or by the French.It seems to be stretching credulity to implicate the U.S. or the UK. Then again, Jeremy Corbyn wrote in the Guardian to warn people against making "hasty judgments" and stating that no one should "rush ahead of the evidence."

Skripal was not a state leader. He had not been voted in by the people. He was not supported by his nation. Skripal was simply a traitor. With his actions he had jeopardized the lives of other people.

The assassination of anyone, state leader or spy, is reprehensible. Such actions are neither legal nor moral. When state actors carry out such actions, they put the morality of the entire state into question. No state, no intelligence agency, no individual has the right to take the life of another person simply because that person stands in the way of their plans.

Killing a state leader and killing a double agent are equally illegitimate actions; however, it should never be forgotten that a state leader is someone who represents their nation.

A double agent should never be murdered, killed or taken out. But anyone who has betrayed their country by revealing state secrets must be held responsible. They must stand trial in the country they have betrayed, and they must take the punishment meted out. Such a traitor cannot be considered to have any morality or honor if they hide out in another country.

This is not to say that Skripal deserves to die. But he did deserve to be in a Soviet prison. If a person feels that they have the right to betray their nation, their people, their values, they should be held responsible and not given hiding space in another country.