Walking dead of Istanbul: A drug addiction with effects unlike any other 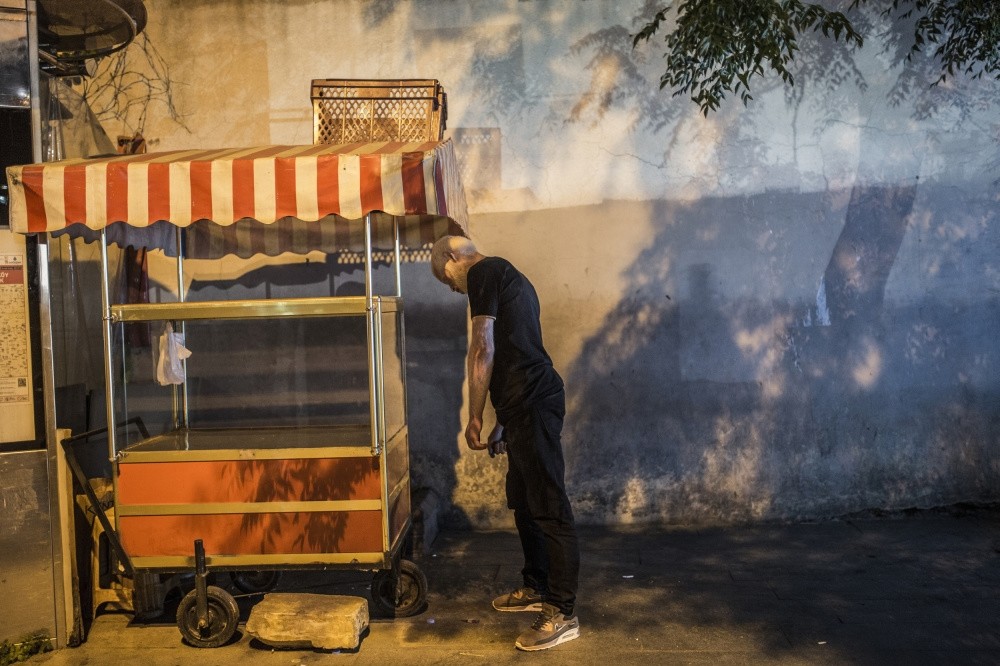 People of all ages are falling into the clutches of a synthetic drug that has been threatening Turkey for the last couple of years, and now the humanitarian plight caused by the drug called bonzai has inspired a photography project called ‘Walking Dead of Istanbul'

The darkness fell and after completing my routine workload, I hopped on my motorbike and headed home. As I rode along, I saw someone in the dark, standing in a weird position, reminding me one of the scenes from the cult American TV series "The Walking Dead." The man was standing still with his arms falling off forward while his upper body swings backward like a zombie. It was a weird image to see and I failed to make sense of it but I kept going.

A couple of days later, I was heading to work in one of the most crowded parts of the city in the middle of the day. Suddenly, my eyes caught a young boy who was leaning against a bus stop sign, standing still, looking like a dead person. The scene I witnessed in midday and the one the other night night looked very similar and although I could not make sense of what was going on, I realized that something was off. Later that day, my curiosity was satisfied after I watched the news. 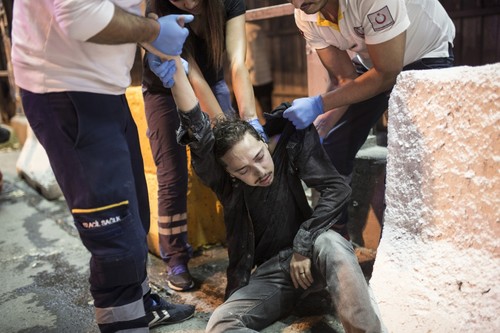 Paramedics try to help a bonzai user who passed out on the street.

These walking dead are people who are under the influence of synthetic cannabinoids, known as "bonzai" among the public. Bonzai is marketed as a designer drug and used for its effects similar to marijuana, however, since it is much cheaper, people on the streets prefer it. Those who use this chemical drug turn into a "dead man walking," their bodies turn into stone and after some time freeze on the spot. After watching the news, I understood that the people I came across recently were under the influence of this dangerous drug called bonzai and given the fact that these people are now a sight to see every day, it gave me the chills. "The city is under a new threat and this threat is not something that we are used to," I said to myself.

While I was trying to put a meaning to all these, I saw two young people, lying on the streets unconscious on the same night. This time, things got more serious. The police and medics were trying to help the boys. It later turned out that these young people were in a coma due to the synthetic drug bonzai they took earlier. I later followed up the story and learned that the two boys were brought back to life in the hospital. However, not everybody is as lucky as they are. Most people who use this drug go into a coma and die at the hospital. 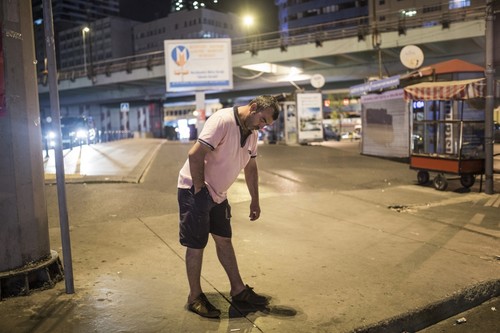 The number of bonzai-related cases has peaked and photos of people who are under the influence of this synthetic drug are featured on social media and newspapers every day. While some of the bonzai victims are shown lying on the floor, some try to walk in weird positions while some stand still like a zombie.

Although drug abuse is a worldwide problem, bonzai is a drug type that nobody has ever came across or dealt with. Neither the law enforcement nor the medical teams in Turkey know how to respond to the cases as they have not understood it fully. 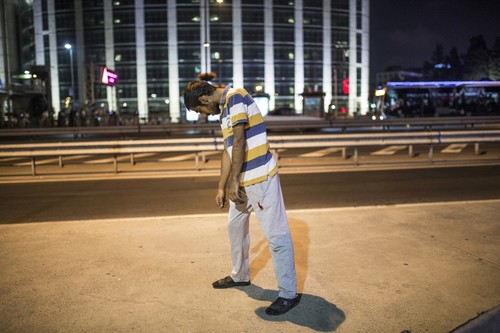 As the city of Istanbul as well as Turkey falls in the clutches of a new drug, as a photo-journalist I felt obliged to turn these cases into a photography project. I believed that a comprehensive photo project will lay bare the calamity of this synthetic drug. When I first saw bonzai victims, I resembled them to the zombies in the TV series "Walking Dead," hence I decided to named my project accordingly - "The Walking Dead of Istanbul" - hoping to draw more attention to the project and the disease that has captured the country.

It is possible to see people who are under the influence of bonzai around Istanbul, however, the use of this drug increases dramatically at night. Therefore, the best time to observe the victims of bonzaiv is at night.

For a year, my wife Merve Güneş, who is also a reporter, and I hopped on our motorcycle every night and traveled hundreds of kilometers to finish the project. We were riding around the city almost every night after work. In time people who knew about my project were first calling an ambulance and then me whenever they see someone using the drug. Sometimes, I was the first to arrive at the scene, even before the ambulance. After some time, I began to spend my entire day chasing and documenting bonzai users. 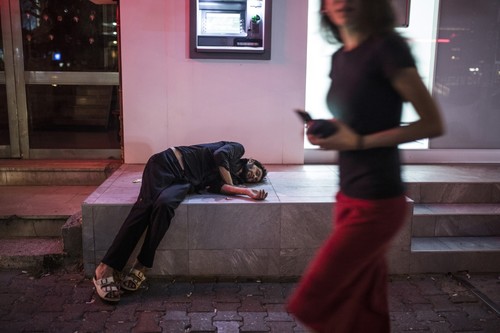 As I continued my project, I also got a chance to build a profile for bonzai users, however, I could never imagine that people with different backgrounds from different segments of society would fall in the hands of this deadly drug. I witnessed the stories from underage people to the homeless, people in suits who have a decent job and people who have a low income. All these different people, however, have one thing in common: Problematic lives. Some were children of divorced parents while some left their home and started to live in the streets. On the other hand, some had a problematic marriage.

Although the use of bonzai was common in slums, I observed that people of higher income and living in fancy neighborhoods use bonzai as well.

During my project, I also had chance to speak to law enforcement which showed me the importance of fighting with this drug.

The police told me that they had at least eight bonzai cases every day and urge medical staff immediately to the scene.

Apart from helping the victims of the drug, the police also try to stop the dealing of bonzai, raid the places that produce this synthetic drug and arrest hundreds of people who use, produce and deal the drug. However, at some point, their hands are tied: Bonzai is so cheap that it is hard to find the source.

Psychiatrist and professor Arif Verimli stresses the importance of the fight with this drug and claims that law enforcement is not enough to put an end to this. "Medical staff, gendarmerie and all state facilities and NGOs have to work together to stop this drug taking over the city. Although the fight against bonzai has been fruitful so far, it is unfortunately not enough."

* Murat Şengül is a photo journalist for Sabah daily. Şengül came second with"Walking Dead of Istanbul" in the photo-interview section of the Photo Journalists Association of Turkey (TFMD) awards.