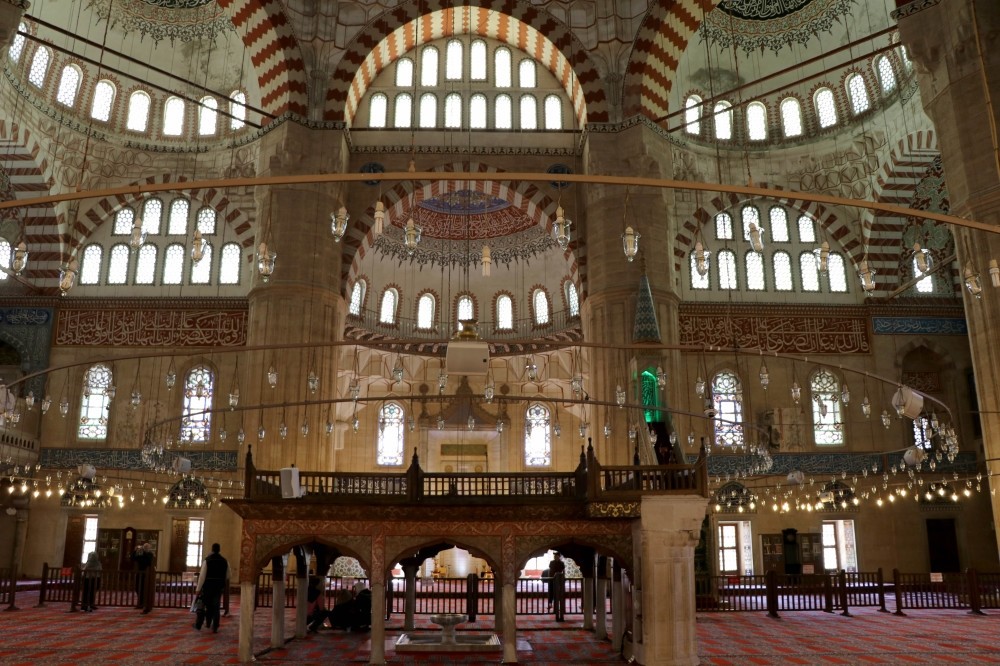 Mimar Sinan, the touchstone of the region's architectural history, is still admired due to his mastery and the engineering, fine workmanship and architecture of his buildings on the 430th anniversary of his death

Born in 1490 in the Ağırnas village of Kayseri, Mimar Sinan, the greatest architect that had ever lived in the Ottoman Empire, was brought to Istanbul as a "devshirme" (a system that trained non-Muslim citizens of the empire to be officers of the state) in the time of Sultan Selim I, also known as Yavuz Sultan Selim. Sinan, who also served as a janissary during the reign of Sultan Süleyman the Magnificent, gained the appreciation of the sultan with the bridge he built on the Prut River in Moldavia (Kara Buğdan) campaign in 13 days and was promoted as the chief architect.

Sinan's mausoleum, which is in the form of compasses when viewed from above, is located in the Süleymaniye Complex, which is regarded as "his masterpiece." 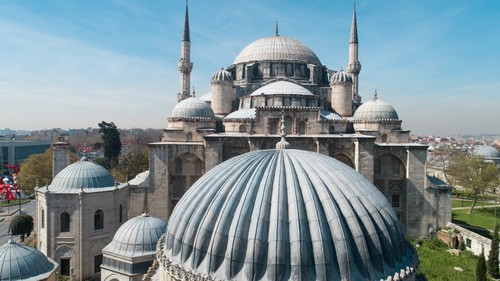 Sinan was awarded the title of "Koca" in the meaning of "great" because of his success in the construction of the Süleymaniye Mosque, regarded as his masterpiece.

Sinan, who made waterways, fountains, mosques, palaces and madrasahs in Anatolian cities such as Istanbul, Edirne, Ankara, Kayseri, Erzurum, Manisa, Bolu, Çorum and Kütahya and in Ottoman lands like Aleppo, Damascus and Buda throughout his life, built the Selimiye Mosque, his "master work," at the age of 85.

Sinan returned to the plan of the old great mosques in the Piyale Paşa Mosque (1573) in Kasımpaşa, one of his last works, and united the characteristics of the establishment period with the experience he gained through his long architectural life.

Sinan, who had 365 works in the Ottoman lands in his era, has close to 200 works in the vicinity of Istanbul and nearby areas.

Of the 100 works remaining in Istanbul, 58 are preserved in their originality. Sinan's leading works in Istanbul include the mausoleum in Beşiktaş built for the first Adm. in Chief Barbaros Hayrettin Pasha, Atik Valide Sultan Complex in Üsküdar, İbrahim Pasha Palace in Sultanahmet Square (Museum of Turkish Islamic Arts), and the minarets of the Hagia Sophia Mosque in Istanbul.

The Havz-ı Kebir (Large Pool) in Kemerburgaz, the arch and Zal Mahmut Pasha Complex in Eyüp, Hüsrev Kethuda Public Bath in Ortaköy, Kapı Ağası Bridge in Haramidere and Semiz Ali Pasha Madrasah in Fatih are a few of his works left in Istanbul.

According to experts, foreign art historians have begun to give Sinan his due in recent years after ignoring the existence of Sinan for many years.

Because a work like Selimiye - and such a perfect dome - had never been built in the Christian or Islamic world, Sinan, who excelled at dome architecture in particular, provided every development that could be done on the dome.

Sinan, also known as "the architect who pushed the dome over the top," exhibited his mastery to the extreme point where the dome could develop. Those who came after Sinan were also humbled in the face of his mastery.

Şehzadebaşı Mosque, ordered by Süleyman the Magnificent in the name of his son Mehmet who died at the age of 22 when he was Saruhan Sanjak Bey, was built in the city named after him between the years 1543-1548.

Sinan handled the issue of the half-dome for the first time in the Şehzadebaşı Mosque, which he called "his apprenticeship work" and formed a four half-domed structure.

The structure, the first biaxial and symmetrical mosque with a square scheme, was covered with a large dome in the form of a half-sphere and four half-domes around it. All the domes were placed on four large pillars in the mosque, which carries the simplicity and striking beauty seen in all the other works of Sinan.

While the large outer courtyard of the Sehzadebaşı Mosque was built with six doors, two pairs of minarets on both sides of gateway wall are among the most striking parts of the structure. The mosque, which

was built as a complex, also has an imaret, madrasah, guesthouse (tabhane) and mausoleums.

Never been damaged despite quakes

Süleymaniye Complex, one of the most important works of the Ottoman period architecture, has not been damaged in spite of over 100 earthquakes that occurred in Istanbul.

The large dome of Süleymaniye Mosque ordered by Sultan Süleyman the Magnificent between 1551-1557, which is 53 meters high and 27.5 meters in diameter, was stabilized with a half-dome like Hagia Sophia.

Of the minarets in different dimensions, located at the four corners of the mosque's courtyard, the ones in the northern part of the courtyard were built with two balconies and with a height of 56 meters.

Other 76-meter-high minarets adjacent to the mosque, on the other hand, were built with three balconies. In the main dome of the mosque, 32 windows were opened to provide good illumination according to Sinan's calculations.

Sinan calculated the air flow that would collect the smut from the oil lamps in the mosque in a room on the main entrance door of the mosque. This smut was used to produce ink for the decorations surrounding the interior part of the mosque as well as for the use of calligraphers.

The mosque's fountain is located right in the middle of this courtyard, which is built on a rectangular scheme, while there are 28 porticos in total around the courtyard of the mosque. The mausoleums of sultan Süleyman the Magnificent and his wife Hürrem Sultan are also in the outer courtyard of Süleymaniye Mosque.

The masterpiece of architectural history: Selimiye

The Selimiye Mosque in Edirne, which Sinan called "his masterwork," is accepted as one of the leading works of Turkish-Ottoman art and world architectural history.

The work built by Sultan Selim II and admired with its four minarets shows that Sinan is also a master city planner with his choice of place.

The dome, which is larger than Hagia Sophia, sits on eight large pillars that are connected to each other by 6-meter-wide arches. The four half-domes at the corners and one on the altar support the central dome.

Besides the inaccessibility of the architectural features, Selimiye Mosque, which is very important with its decorative features such as stone, marble, tile, wood and mother-of-pearl, is among the masterpieces of altar and minber marble workmanship.

Tile ornaments made in İznik with "sır altı" method, which has an important place in Ottoman and world art, are accepted as the most beautiful examples of 16th century ceramics.

MSc Civil Engineer Vahit Okumuş, who has been conducting research on the architecture of the Süleymaniye Mosque for many years and has solved its statics, said he called him Philosopher Sinan instead of Architect Sinan, because philosophers have no title.

Okumuş stated that Sinan is not only an architect but also a good engineer, stressing that Sinan made calculations in every branch of engineering and that he discovered his unique mathematics called "unit circle method."

He said that Sinan never put a stone or figure without making calculations. "Everything you see definitely has a calculation. Sinan knows the ground engineering and earthquakes. He heated mosques from the ground. Süleymaniye Mosque has a smut room," Okumuş continued. "They always ask me to tell me about the smut room, but I say I cannot. I know where it is and its structure. People before us said, 'Here is the smut room, the smut is collected here. The ink is produced from the smut.' There are oil lamps all over the mosque. How is this smut going to the room and why do not they smoke anywhere else. I have been studying it and have not found out yet. This has a science."