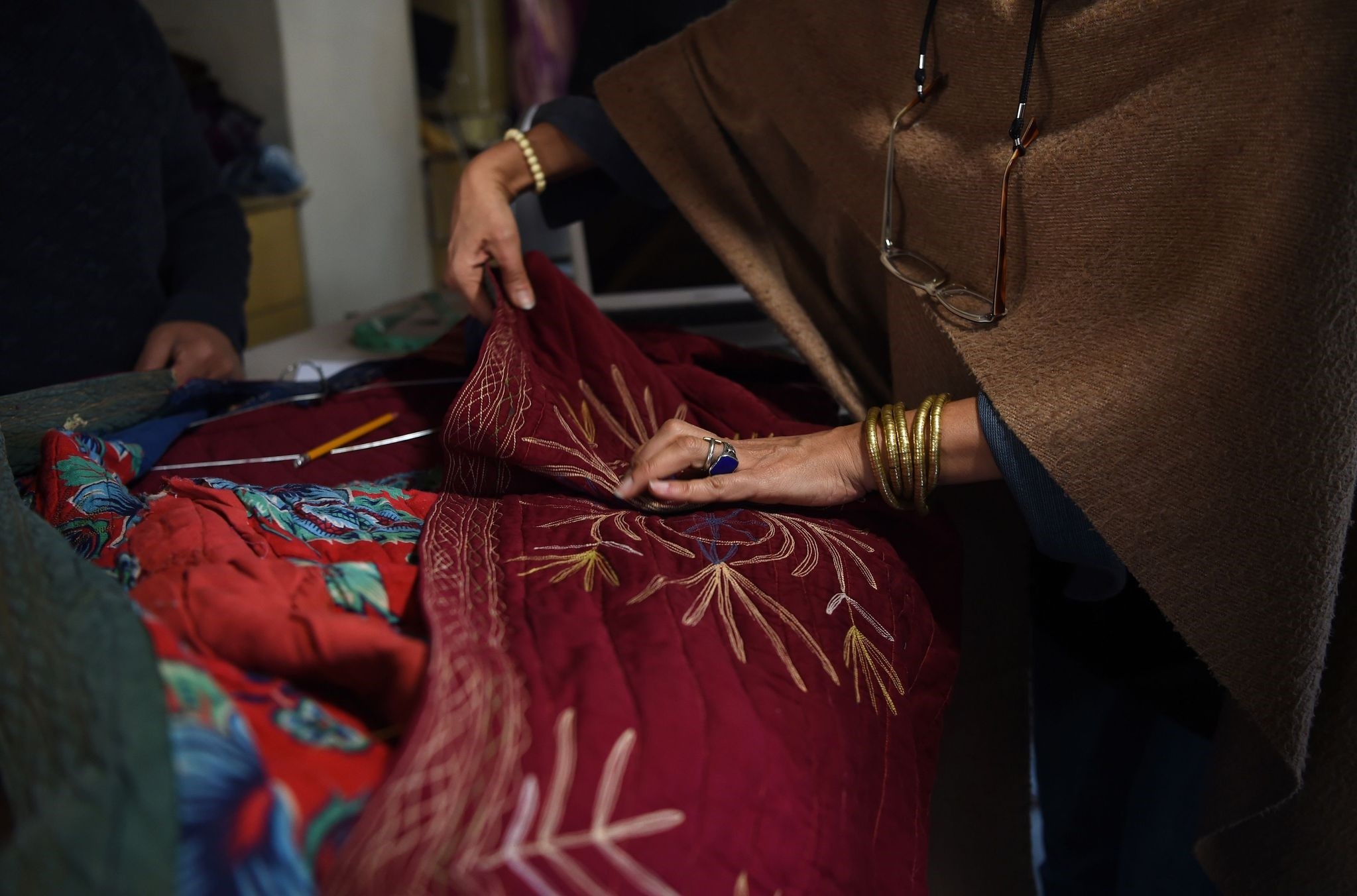 Cheap, Chinese-made nylon burkas are flooding Afghanistan's north as consumers turn to affordable, mass-produced fabrics - but in Kabul a small, determined fashion house is fighting to preserve the traditional textiles once integral to Afghan culture

Launched in 2006, "Zarif" - "precious" in Persian - commissions traditional cotton and silk from artisanal weavers, then employs more than two dozen people - mostly women - to tailor and design the fabrics into handcrafted, embroidered clothing.

But with cheaper imports saturating the market, they are struggling to keep local traditional methods afloat, says founder Zolaykha Sherzad.

Only decades ago, the textile industry was on par with Afghanistan's legendary carpet trade, famed since the days of the old Silk Road.

During its heyday textiles were more than just fabrics, with their patterns, colours and embroidery illuminating the origins and tribal history of their makers.

"In the past, the fabrics were entirely embroidered, on the walls, the cushions... the wedding dresses," says Sherzad. 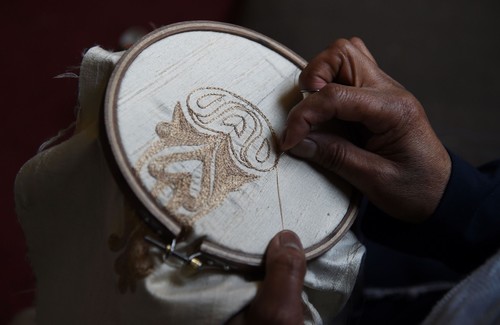 "But now, we are trying hard just to keep them as ornaments on jackets and coats, to maintain the know-how," she adds, saying the decline in the craft has put large numbers of women out of work who once were able to make a living at home.

With Zarif, she hopes to fill the gap while aiming to preserve Afghanistan's textile traditions and designing contemporary takes on Afghan fashion staples.

A visit to the bazaar in northern Mazar-i-Sharif shows the challenge she faces.

There, bundles of striped and padded coats, or "chapans" - popularized in the West by ex-President Hamid Karzai - pile up in stacks at stalls.

"Too bright," she says, discarding the synthetic fabrics.

For many consumers, however, they have their appeal. The cheaper knock-offs are printed on nylon, rather than silk, closely replicating traditional designs but at a third of the price.

Now only the rich can afford the handmade silk chapans, often buying them as wedding gifts, while middle-class and working people opt for the synthetic designs.

Markets across Mazar also burst with the polyester burqas Afghan women are forced by tribal culture to don. But even the fabrics used for this ubiquitous garment come increasingly from abroad.

"China, India, Pakistan, everything comes from outside," Hashem, a dyer and weaver for Zarif, tells AFP in the courtyard of his mud house on the outskirts of Mazar from where he manages the 10 women who weave for him at home.

"In the old days I had 10 families working for me, today I have four," he says while squeezing a skein of freshly dyed cotton.

"Before," he continues: "80 percent of the raw material came from the local market, today 80 percent comes from abroad."

In founding Zarif, Sherzad - an architect by training - wanted above all to promote female employment, banned under Taliban rule from 1996-2001 and still the norm in large swathes of the country.

According to data provided by the World Bank, 19 percent of Afghan women were employed in 2017 - which excludes the informal agricultural sector.

Despite the economic crisis that has raged since the withdrawal of more than 100,000 NATO troops in late 2014, Zarif still employs 26 employees in its courtyard workshop, located next to a mosque and its blaring call to prayers.

About 60 percent of the team is female, including the director Nasima along with the production manager Sara. Two embroiderers work full time while an additional 30 are called on at the discretion of the managers.

Since its creation, Zarif has trained more than 85 women - but most of them have given up their jobs after getting married at the request of husbands who are reluctant to accept the presence of other men near their spouses.

"The brake on women's employment continues to be their husbands," says Sherzad.

To survive, Zarif relies on connections in Paris, where the company is supported by French fashion brand "Agnes b.", along with a stable of faithful clientele in New York.

And even as she seeks to preserve, she is also forced to adapt, scouring Afghanistan's antique shops in search of richly crafted garments that can be refashioned into bags or the linings for men's jackets.

Silk encapsulates the challenge. Homespun silk from the western city of Herat was once used by Afghan producers for turbans. Now it is exported to Iran.

"There's only one artisan left in Afghanistan that knows the craft," Sherzad says.

"It's necessary to train others, but for what? People no longer have the means and young people no longer wear turbans. We have to invent something else that uses silk.