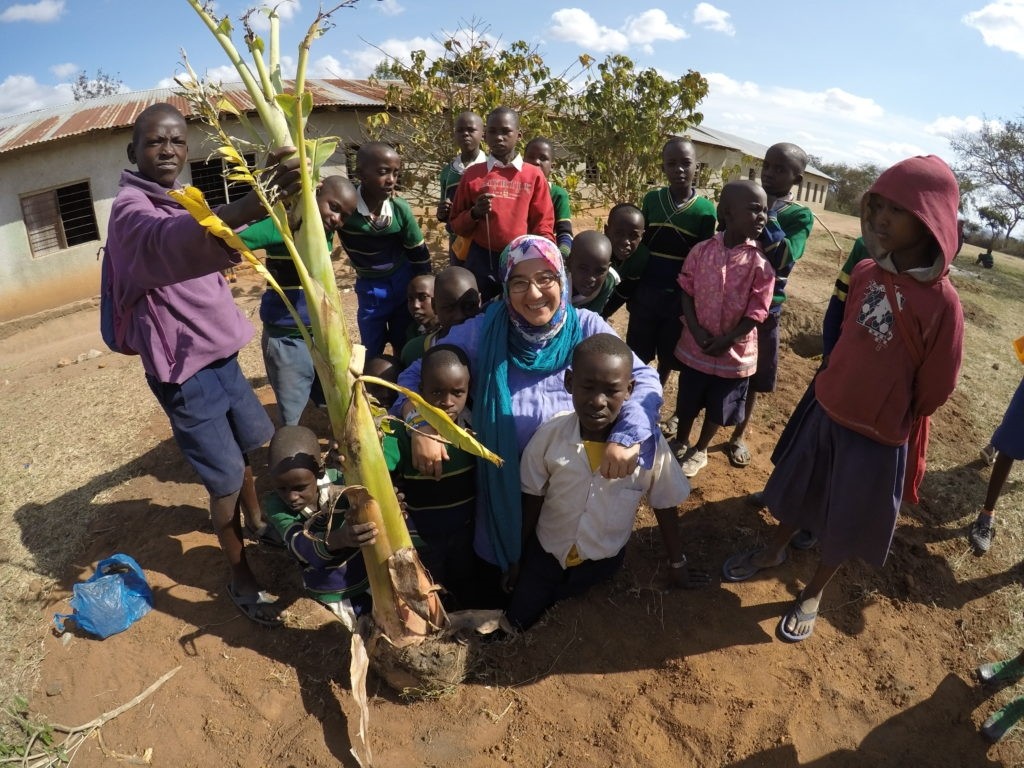 Sevde Sevan Usak married a Masai farmer three years ago but she has traveled across Africa for thepast five years.
by Göksan Göktaş Apr 19, 2018 12:00 am

Married to a Masai farmer, Sevde Sevvan Usak, tries to make a difference in her new home in Tanzania, working alongside locals and NGOs

Sevde Sevan Usak, who married a Masai farmer and settled in a village in Tanzania, opened water wells in the region and taught farming to the people whose animals perished due to drought. Usak, who was awarded the "Goodness Award" by the Turkish Religious Foundation, aims higher and says she has a lot of plans.

The time we live in, according to experts, is the era of pleasure and speed in which individuals and self-interest come to the fore. Many experts who look at the social and psychological codes of the society we live in are of this opinion. In that sense, remembering that we are human beings, as well as our peace and happiness, lie in solidarity and, in turn, "goodness" rather than focusing on ourselves. Here, the 4th International Goodness Awards organized by the Turkish Religious Foundation with the motto "Goodness will change the world" is organized with the aim of reminding people that they are human. This year, eight out of a 1,500 goodness stories were worthy of this award in this organization. One such name is Sevde Sevan Usak, a photographer and traveler who married a Masai farmer three years ago and settled in a village in Tanzania.

The region where Usak and her husband are located in the village of Elarai in the province of Kilindi is nine hours away from Dar es Salaam, regarded as the commercial capital. In the region where wild animals can also be found, mainly the Masai tribe lives. In three years, Usak opened water wells in the village with no electricity and water, planted the seeds she brought from Istanbul and started agriculture for the first time in the region. She set up fruit gardens. Usak is striving for the development of the locals who are engaged in animal husbandry and lost almost all of their animals two years ago due to drought.

Explaining how her story in Tanzania began, Usak said she has been going to Africa for the last five years, mainly north and east Africa. "I got married in Tanzania about three years ago. My husband is a Tanzanian Masai, and I have been staying in a Masai village in the Masai Mara area since then. The name of the village is Elerai. More precisely, I stay a few months in the village, and come to Turkey for a few months, I constantly come and go. I sometimes travel to other countries to take pictures. In this process, my husband occasionally comes and stays in Turkey. We make plans according to our jobs and climatic conditions," Usak said.

Usak summarized what she did and produced in line with the needs of the region. "During my stay, we used to accumulate the rain water required to consume. The locals were also using the muddy water accumulated in the pits for many things. From time to time this included drinking. Two years ago, there was a very serious drought in the area, and all the bovine animals began to die of thirst and lack of food. There were also families who migrated from the region. It did not rain in the rainy season. For almost two years, the area did not have a drop of rain," Usak continued.

"The people of the region were quite affected by this because they were engaged in animal husbandry, and they even lost almost all of their animals in this drought. In this period, I also talked with NGOs in Turkey and acted for the construction of water wells in the region. It was very difficult to open the wells because the region was remote from the cities and located in the countryside. However, I helped to open four deep water wells after long efforts and endeavor. The water wells were big wells that drove water from 100 meters deep. The IHH Humanitarian Relief Foundation funded three of these wells, while one of them was funded by the Rehema Foundation. My husband and I were involved in the three to four months of construction."

Pointing to the importance of these water wells, Usak stressed that the importance of these wells lies in the fact that they were made in a very distant region and that the process was constantly monitored. Noting that Turkey opens water wells in many African countries, but mostly around the city centers, Usak said a well was opened for the first time in a region far from the center. 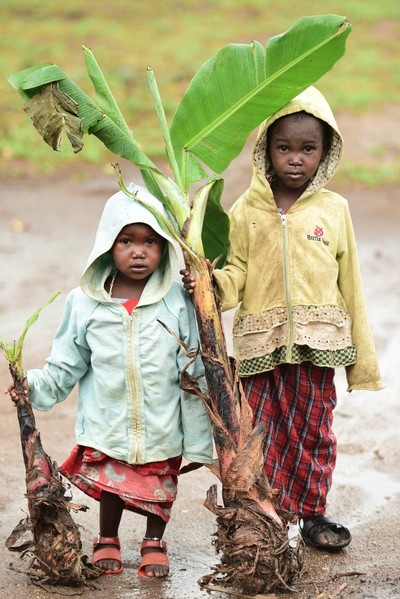 Along with water, Usak also took a step toward animal agriculture to reduce animal deaths. "I brought sorghum, vetch and barley seeds from Turkey to try in order to understand whether the seeds were compatible with the region and to contribute to animal husbandry through intensive production. We got serious yield especially from barley and sorghum. The seeds were very compatible with the region. I took the seeds I brought to try personally. We planted them with my husband. In addition, I also brought vegetable seeds in order to find a solution to the hunger in the region. And we planted them in an area close to one of the wells. Here we got very productive results."

The agriculture initiated with the individual efforts of Usak and her husband gave quite good results with the fertility of the soil. "I brought the vegetable seeds from Turkey, and my husband also cleared three or four acres of land here. Together we planted and cared for them. We planted tomato, pepper, cucumber, white cucumber, string bean, pea, eggplant, zucchini, pumpkin, potato, melon and watermelon seeds," Usak continued. "Some of them were seedlings, while others were planted directly from seeds to the field... Since the soil is very fertile in Africa, we got yield from all of them when irrigated and cared properly. We distributed the crops to the people of the region during the month of Ramadan... Some of them saw the vegetables for the first time, while some of them were familiar." 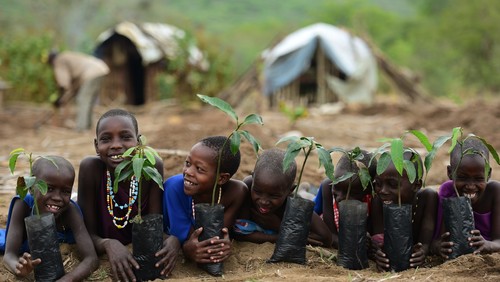 Recalling that they planted 160 fruit seedlings in the Elerai Village's school garden seven or eight months ago, including 40 banana, 40 papaya, 40 mango and 40 orange trees, Usak said in this project, she aims for students to benefit from the fruit of the trees and plans to afforest all the schools in the region in the process. "We also planted trees around the houses in the village for the first time. A few months ago, we distributed 286 fruit trees to the families from the donations and planted them together. Half of them were bananas, while the other half were mango trees. We distributed them to the families [the extended family generally consists of 5 or 6 siblings and their spouses and children] taking into account the number of family members and the capacity of care," Usak said. "We donated 10 to 50 seedlings to the families and planted them together. In this seedling project we aim to plant 1 million fruit trees in our region. We are planning to afforest the entire Masai area gradually."