Something to chew on 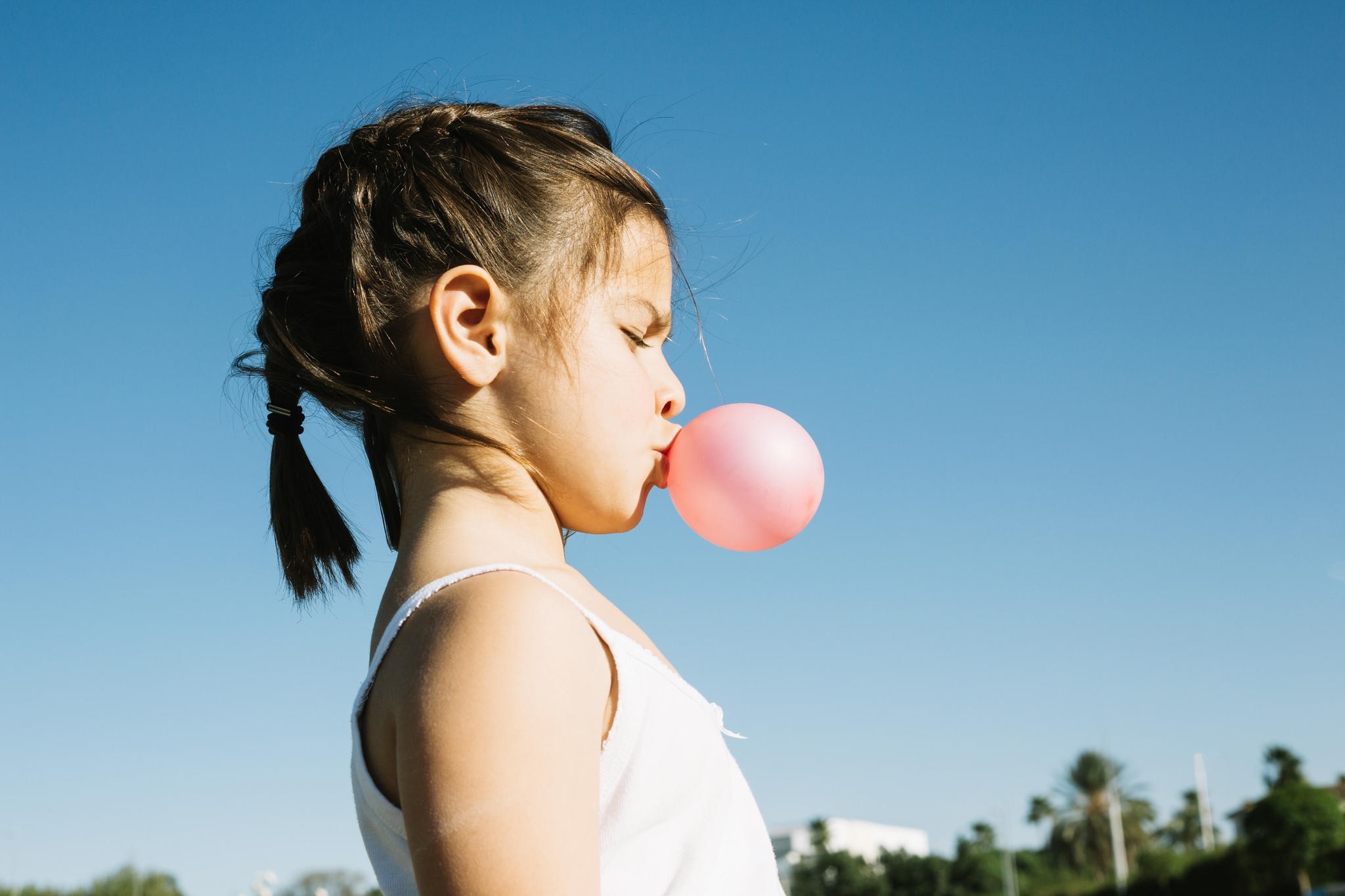 Children love chewing gums and in fact, a recent study shows that it increases their concentration as well.
by Jane Louise Kandur
May 05, 2018 12:00 am

Chewing gum is a favorite for people of all ages; today it comes in shiny packets and an array of colors, but centuries ago it was a much simpler affair

One wit has defined gum as something that "...appears to be a functional food with function but no food." What is the function of chewing gum? Chewing. But when chewing gum, one is not actually eating anything. The substance remains in the mouth. There is no filling of an empty stomach; there is no real gain from the action of chewing.

Or is there? If there were no gain, would people really have kept chewing gum for thousands of years? The first person to pop a piece of tree resin in their mouth would probably have spit it out in disgust. Yet the ancient Mayans chewed gum. It is thought that Socrates, like many ancient Greeks, chewed on resin from mastic trees, that is, gum.

In an experiment at St. Lawrence University, a team of psychologists had 150 students sit an exam that consisted of demanding cognitive tasks, such as solving difficult logic puzzles. Half of the students were given gum to chew during the exam, while the other half had to take the exam without anything to chew on. Those students who were allowed to chew gum performed significantly better than those who did not have anything to chew on.

It is thought that chewing (gum or other foods) keeps us alert, allowing us to focus for short periods of time. It is also sa

id that chewing helps concentration, memory and reaction times. It is thought that this may be so because chewing helps more blood flow to the brain, thus raising oxygen levels and making sure the brain is functioning at its best.

Chewing also helps the chewer to stay awake; so if you suddenly start to feel sleepy after lunch, chewing gum might help you fight off the desire to take a quick 40 winks.

So banning students from chewing gum in class seems nonsensical. Except for the fact that the students will insist on attaching the gum that has lost its flavor due to being masticated for hours on end to the bottom of their desks.

In addition to helping us concentrate, chewing increases the flow of saliva into the mouth. If you chew gum after a meal, there will be an increased flow of saliva that can wash away the acids produced by the food in your mouth. The American Dental Association recommends chewing gum (sugarless gum, that is) for 20 minutes after every meal to help prevent tooth decay. Chewing sugarless gum has also been proven to reduce gingivitis and cavities, as well as helping to increase tooth enamel. 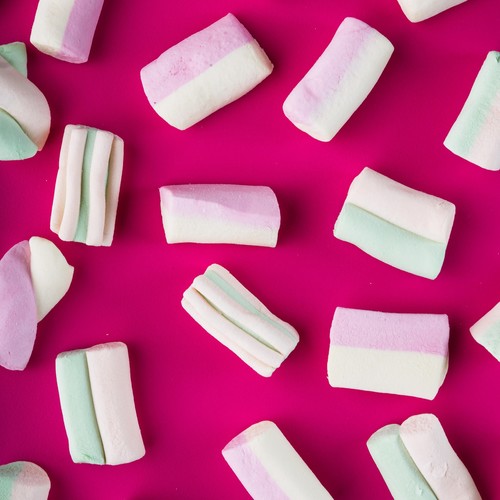 Today, it is possible to buy chewing gum that comes in almost any flavor and all the colors of the rainbow.

In addition, chewing increases brain stimulation and the pulse; it is for this reason a lot of sportspeople chew gum. Chewing also helps reduce cortisol, the stress hormone, thus helping you to remain cool when in a stressful situation. Many people find it comforting to chew gum when on a plane that is taking off and landing. Chewing gum at such times does not just help reduce stress, it also helps to relieve the pressure that rapidly changes at this time.

People love chewing gum. It helps freshen the breath, and gives you a feeling that you are spoiling yourself with something sweet. But the majority of people do not buy gum every day, suggesting that for most people it is not a habit, but rather just something they like to share with their friends. However, as we become more and more health conscious, sugar-laden gum is being replaced with sugar-free gum; today three-quarters of all chewing gum sold is sugar free.

Today, it is possible to buy chewing gum in almost any flavor and all the colors of the rainbow. But it has not always been that way.

As stated above, the ancient Mayans and Greeks chewed gum. There is evidence that northern Europeans were chewing on birch bark resin 9,000 years ago. This may have been because the chewing action released their stress or maybe because it was an appealing snack between hard won meals; however, it is more likely that they chewed on the resin to relieve tooth pain, which must have been a fairly frequent occurrence.

The ancient Mayans chewed on what is known as chicle. Chicle is derived from the sapodilla tree. The Mayans chewed gum when they were thirsty or hungry. There were many rules about who could chew gum and when. Children and unmarried women were allowed to chew the chicle in public. Married women and widows could chew it privately, while men could only use chicle to clean their teeth in strict privacy (those who chewed gum in public were perceived as being overly effeminate).

Further north, the American natives used resin from spruce trees to chew on. The European settlers continued this practice. And it was this that led to the first commercial gum. In the late 1840s, John Curtis boiled resin, then cut the resulting product into strips. He coated the strips with cornstarch so that they would not stick together. By the 1850s Curtis had built the first gum factory, up and running in Portland, Maine.

William Finley Semple had the first patent to manufacture chewing gum in December 1869. Unfortunately, the main ingredients in Semple's gum were charcoal and chalk. Needless to say, it was not a huge seller.

In order to make the resin less brittle, ingredients like paraffin wax were added. Thomas Adams, from New York, examined chicle, which had been given to him by the former Mexican President Antonio Lopez de Santa Anna. Santa Anna had asked Adams to examine the chicle in the hope that the inventor would help develop a substitute for rubber. Adams tried to do this, but failed, and the former president soon lost interest in chicle. Then Adams realized chicle would make a better chewing gum. By the late 1880s Adams was making gum that was being sold all over America. Soon five tons of chewing gum was being produced every day.

In the 1870s, Adams & Sons produced a gum that was orange flavored. The following year, they produced a licorice-flavored gum. But it was not until 1880, when William White used peppermint, that a gum that actually kept its flavor was produced.

Chicle continued to be the main ingredient of chewing gum for many years. By the middle of the 20th century synthetic ingredients became more cost effective and chewing gum started to be something that was now almost totally artificial.

William Wrigley Jr. started making chewing gum at the beginning of the 20th century. To encourage people to buy his stock, Wrigley included free packs of chewing gum as a promotion gimmick. In 1893, Wrigley put two new gum brands, Juicy Fruit and Wrigley's Spearmint, on the market. The Wrigley Company rapidly grew due to sending free samples to the homes of Americans whose addresses were listed in the phone book. Another Wrigley promotion was to send all American children gum on their second birthdays.

One gum entrepreneur, Frank Fleer really wanted to make a difference in the gum market. There were so many different gum companies, but all offering much the same thing. He spent years trying to develop a gum that could make bubbles. In 1906, he came up with a bubble gum he called Blibber-Blubber; however, this was a bit of a fail, as the gum was incredibly sticky. One imagines numerous children b

eing scrubbed hard by rather miffed mothers. Imagine trying to get sticky bubble gum out of a young boy's hair. By 1928 one of Fleer's workers came up with the first successful formula for bubble gum; this was called Dubble Bubble.

In 1951 gum became very popular once again. Oversized sticks of gum were sold with baseball cards. Children were no longer buying gum per se, but rather buying baseball cards that came with gum. What do you do when you have a huge piece of gum that came with your card? Might as well eat it.

Perhaps the greatest loss in the world of gum is that the wonderful three-course dinner chewing gum in Charlie and the Chocolate Factory has yet to be developed. How lovely it would be to taste an entire meal of soup, roast and pudding while trying to concentrate on an exam.

Gum that is basically tree resin - sakız - can still be bought in Turkey today. If you look carefully, you will see large jars of water holding obscure white lumps. This damla sakız taste gives the gum's origin away. The pine flavor is heavy and prevalent. There are many who love the taste of damla sakız, going so far as to opt for Turkish coffee that carries this flavor.

Gum has been around for thousands of years. And, sweetened, natural or sugar-free, it is likely to be around for thousands of years more. Perhaps if there is life on other planets, and this life form comes to visit Earth, they will be terribly confused by the sight of people chewing and chewing without swallowing. They may wonder why people are chewing on something that not only is not digestible, but has no nutritional value. If they ask, we can tell them about all the wonderful benefits of gum.

There is one innovation that has yet to be made for gum. And as a mother, grandmother and teacher, it is one that I am waiting for with bated breath. Biodegradable gum. And the word is that some intelligent people are working on this. Let's wish them success!