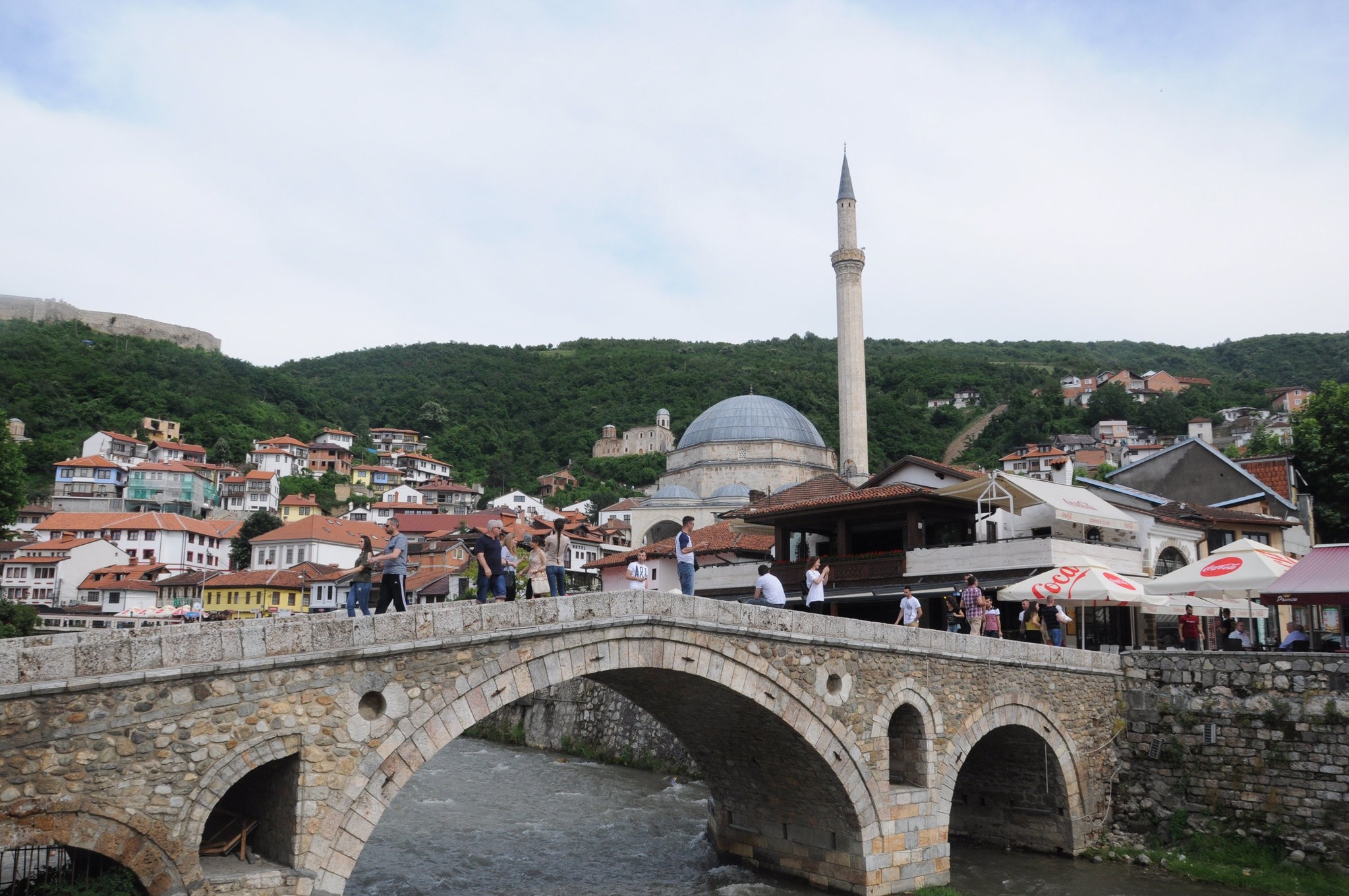 Located southwest of Kosovo, Prizren is among the rare Balkan cities that reflect the cultural values of different civilizations and religions

Prizren, one of the most beautiful cities of the Balkans and Kosovo, is also called "museum city" or "open-air museum."

Located in Shatervan Square under Prizren Castle, Sinan Pasha Mosque was built in 1615 by Sinan Pasha, a distinguished person of knowledge and of important rank in the Ottoman administration.

Sinan Pasha Mosque is among the most characteristic works of the city with its location in the city center, construction style, used materials and rich interior decorations.

On the back of the square-shaped mosque with a fountain on the front, there is an area built by the Turkish Cooperation and Coordination Agency (TİKA), where many foreign and local tourists show great interest especially during the summer months.

One of the important mosques dating back to the Ottoman period in the center of Prizren is Emin Pasha Mosque, built in 1831 by Prizren Sanjak Bey Emin Pasha. On the walls of the mosque, motifs dominated by blue and different patterned drawings stand out. In the mosque's garden, on the other hand, there are old graves besides Emin Pasha's tomb. 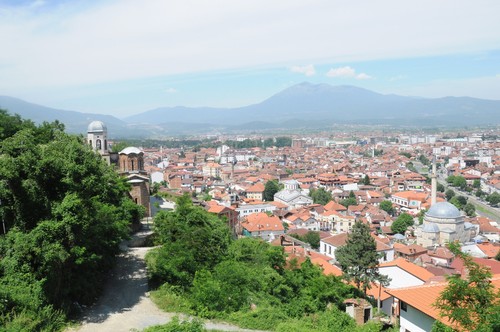 Near the Emin Pasha Mosque, there is the Gazi Mehmed Pasha Mosque, also known as the "Bayraklı (Flagbearer) Mosque." The mosque inside the Albanian League of Prizren Complex was built in 1573 by Gazi Mehmet Pasha.

Gazi Mehmed Pasha Mosque, one of the most beautiful mosques in the city, has a large courtyard along with nine fountains built for ablution. Gazi Mehmet Pasha Bath, which shares the same name as the mosque, was built between 1563 and 1574 in the city center of Prizren by using different stones and bricks.

The bath has been serving as a gallery where different cultural, artistic and educational activities have been held since 2000.

The Shatervan Fountain, estimated to have been built after the construction of the Sinan Pasha Mosque in the 17th century, has a square lower part with an octagonal upper part and taps on four sides. It is rumored that the person who drinks water from the Shatervan Fountain, which has almost become the symbol of the city with its location, shape and ornaments in Shatervan Square, will "come to Prizren again" or "marry in Prizren." 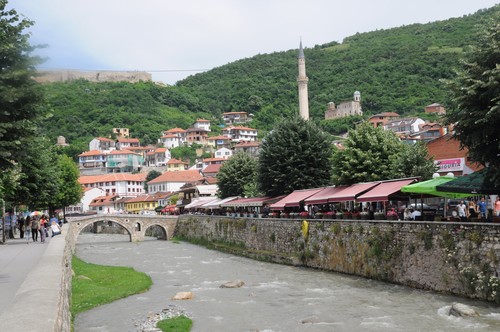 Beyond the Shatervan Fountain, there is the Stone Bridge, which is said to have been built toward the end of the 15th century or early in the 16th century.

Although many stone bridges have been constructed in Prizren throughout history, the Stone Bridge, which has become a symbol of the city, connects two parts of the city divided into two by Lumbardh River.

The Stone Bridge, which was completely destroyed due to the floods in 1979, was reconstructed with the efforts of the people of Prizren loyal to its old structure and reopened in 1982.

17-meter-long Stone Bridge is used only by pedestrians.

On the eastern side of the bridge, there is the Arasta Bridge, while on the western side, there is the Nalet Bridge, publicly known as "Blue Bridge of Love." Turkey's Consulate General in Prizren is also located opposite the Stone Bridge.

Halvetiye Lodge in the old Saraçhane Quarter, known as the historical district of Prizren, was built in the 17th century during the Ottoman period. The lodge complex, belonging to the Halvetiye Order, consists of a tekke with several rooms, "samahane," a mausoleum of graves of the leaders (sheikhs), a yard paved in cobble stone with a marble fountain.

In the "samahane," whose interior is decorated with ceramics tiles with flower and arabesque motifs as well as elements unique to the tekke such as musical instruments, dhikr is performed every Thursday after the night prayer.