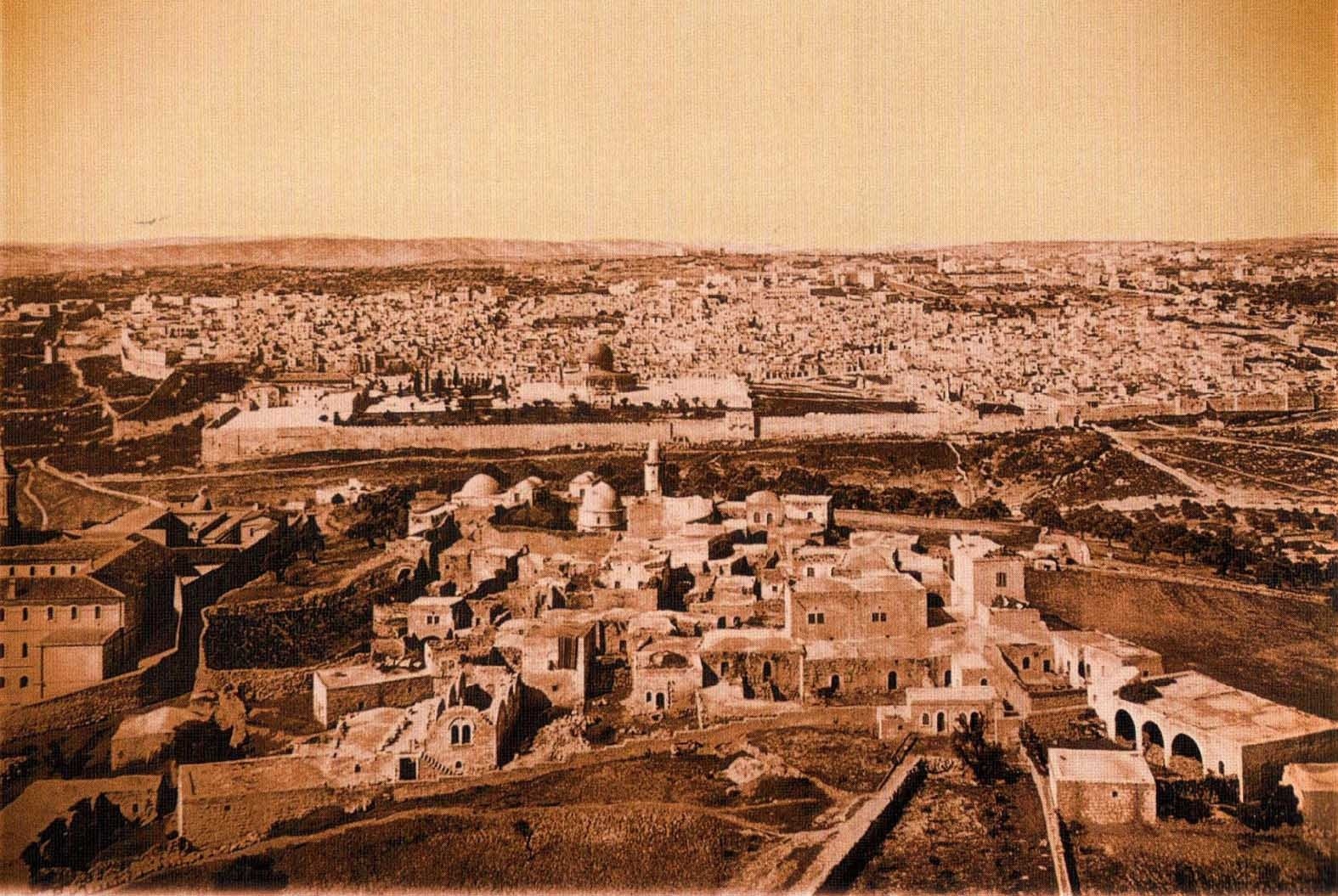 Ruling the Palestine region for more than 400 years, the Ottomans fought fiercely to keep the ancient lands during World War I but eventually lost them to the British

Palestine, which has witnessed many conflicts throughout history, came under Ottoman rule in the 16th century. When Yavuz Sultan Selim defeated the Mamluk ruler Kansu Gavri in the Battle of Marj Dabiq in 1516, Syria and Palestine joined the Ottoman lands. Yavuz Sultan Selim entered Jerusalem on Dec. 29, 1516

The Ottomans ruled in Palestine for 401 years. Palestine was and still is a region of great importance for Muslims, Christians and Jews. In particular, the sacred places in Jerusalem could not be shared. Even the various denominations of Christianity were in conflict with each other. After the conquest of the region, the Ottoman Empire also applied its own administrative methods in Palestine and the Ottoman regime dominated the region. When Western forces invaded the region in the 19th century, a never-ending chaos began in Palestinian and other regions of the Middle East. In 1917, the war was going on at all fronts in World War I. However, Ottoman forces had begun to retreat, losing many places in the southern front. On March 11, 1917, Baghdad fell. Tuncay Yılmazer, who studied on the Palestinian front following Çanakkale, describes in detail the wars in Palestine in his articles.

The key target for the British was Jerusalem. Ottoman troops were trying to block the British by holding the Gaza-Beersheba line. Conflicts intensified in Gaza.

Then the British sent Edmund Allenby, an important commander who had fought on the Western front.

In August 1917, the Ottoman administration strengthened its armies in the region with German battalions and established the Yıldırım (Thunderbolt) Army Group.

Erich von Falkenhayn, who had fought on the Western front, was appointed head of the group. There were many important commanders on the Palestinian front such as Mustafa Kemal Atatürk, Fevzi Çakmak, İsmet İnönü, Refet Bele, Ali Fuat Cebesoy and Fahrettin Altay.

Many troops that had fought in Çanakkale were also present on this front.

The Ottoman military force was weak against the enemy in terms of numbers and equipment and the limited Ottoman military power had already been severely weakened by the Sarıkamış and Canal attacks. Against the advancing enemy, Enver Pasha could not decide where to concentrate his troops. While the southern fronts were falling one by one, there were still Ottoman troops on the European front. Due to strategic and tactical mistakes, the Ottomans were caught weak on the Palestinian front. There was also a division of views between German and Turkish commanders. The report sent by Mustafa Kemal Pasha to Enver, Talat and Cemal Pashas in September 1917 clearly reveals those and more troubles.

Gen. Edmund Allenby of the Egyptian Expeditionary Force tried to open the way to Jerusalem by ceaselessly operating after his arrival in Cairo in June, eventually breaking down the Ottoman defenses.British Prime Minister Lloyd George gave the order to take Jerusalem by Christmas of that year.

While the Ottomans were expecting an attack in Gaza, the British took Beersheba on Oct. 31, 1917.

The attacks by the Ottoman forces to take back Beersheba were not effective.

The British intensified their bombing and turned Gaza into rubble. Refet Bele Pasha chose to take a stand instead of retreating. However, the Ottomans from Gaza on Nov. 6-7, 1917 with hundreds of causalities. As the Ottoman units retreated, they lost the majority of their equipment as well as suffering significant human losses. The British won the third Gaza battle, opening the way to Jerusalem.

The Fall of Jerusalem

Allenby did not allow the formation of a new line of defense by taking a hard line with the retreating Ottoman forces. British land and naval artillery and aircraft relentless bombarded the Turkish troops. The Turkish forces, struggling with hunger and disease as well as the intense fire of the British, lost despite their heroism. In particular, the troops of the 57th regiment and the 77th regiment from Çanakkale showed exceptional heroism on this front.

The courage and calmness of the Ottoman officers, such as Asım Gündüz and Hüseyin Erkilet, prevented a great defeat. The heroic soldiers fought with their bayonets fearlessly, making the enemy to pay a huge cost for the victory.

Falkenhayn believed that he could defend Jerusalem, but successive defeats weakened the resistance of the Ottoman commanders. By the end of November, the British captured Ismail Hill near the city. Offensive attempts to retrieve the hill failed. Ottoman forces built a 20-kilometer defense line. However, when the British captured some of the Turkish positions, the defensive line broke.

The British were not able to advance immediately because their forces were not reinforced even though they got through the defense line.

However, the Ottoman forces withdrew from the city due to their psychological state and their determination to not let the city be destroyed. Ottoman troops abandoned Jerusalem on the night of Dec. 8, 1917.

In the morning of Dec. 9, 1917, Mayor Al-Husseini stepped outside the city walls to deliver the city's symbolic key and the delivery document. The first people they met were two cooks. Then came more soldiers of different ranks. Nobody knew what to do. In the end, 60th Division Cmdr. Shea got the city on behalf of Allenby.

Gen. Allenby walked on foot to the Jaffa gate on Dec. 11, 1917. Illustrations published in Europe depicted Allenby as entering the city in the presence of angels. The fall of Jerusalem was likened to the Crusades in the British press, and Allenby to Godfrey of Bouillon who occupied Jerusalem during the first Crusade.Allenby completed the unfinished crusade of Richard the Lionheart, the English king who set out for crusade and failed centuries ago. From Oct. 31, 1917 to Dec. 8, 1917, until the fall of Jerusalem, the Ottoman military saw a total of 25,000 casualties, including martyrs, the wounded and captives. The are remembered up until today as heroes of great courage and strong character.