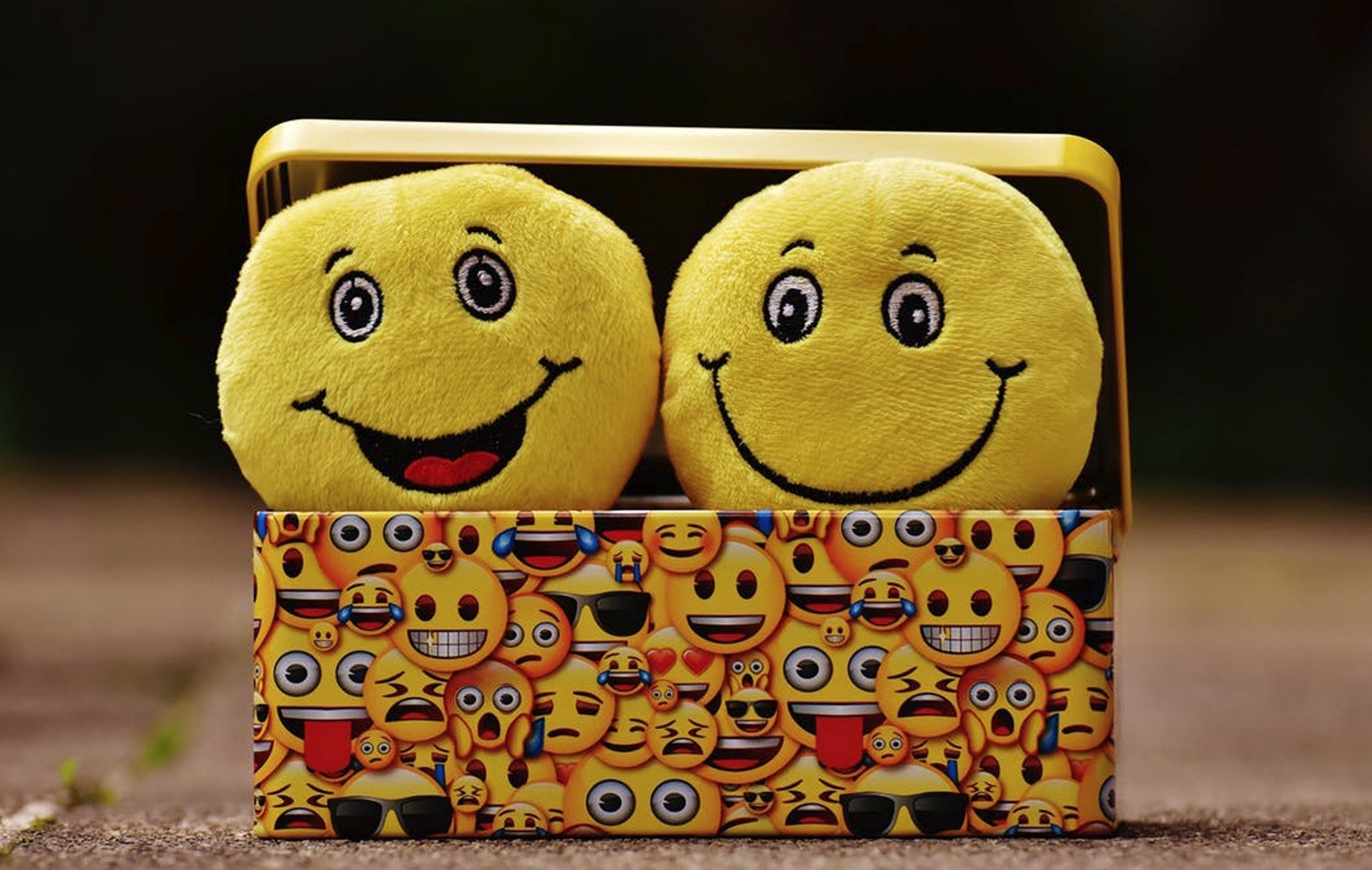 Emojis help people express their emotions but they can have different meanings in different cultures.
by Damla Kayayerli
May 21, 2018 12:00 am

Emojis are a part of our daily conversations on social media and texting. Turkish people definitely love using them

We use smiling face, weeping human and angry face emojis to support our feelings while texting or sending a message on a chat application. We try to support the meaning and importance of special days with various emojis, as well. Quickly, emojis have become indispensable in our lives, such that there are some people who are offended and get irritated when the wrong emoji is sent.

When people do not send an emoji, they can fight and fall victim to the Turkish language. Dr. Ali Murat Kırık, who is an academic from Marmara University's Communication Faculty, drew a map showing the use of emojis by country, gender and age. We start out on a journey to the emoji world with him.

Kırık said that emojis first appeared after mass communication went through a radical change. He said the need for emojis showed up when computer technology, internet and chat applications got more involved in our lives.

"Japan technologist Shigetaka Kurita, who worked on mobile communication in the 1990s to express feelings in writing, created emojis. He developed the smiling emoji with the colon and a bracket and the sad emoji with the colon and reverse bracket. The symbols were initially used in mobile phones. The first phone in which they were used in 1998 was a device of the company, NTT Docomo. They were the first emojis. Emojis changed and turned into the ones we know today with smartphones, tablets and instant message applications," he said.

Through the ends of the 1990s, chat applications were commonly used with the internet's gaining popularity. Kırık talked about the journey of emojis in Turkey, implying that emojis completely entered our lives with the smartphone.

Use of wrong emojis

Semiotics is an important matter in emojis because you try to express something with these symbols. However, emojis can have different meanings in different cultures. Kırık said that some problems can be experienced as the meaning of an emoji is not known. He explained, "Some misunderstanding examples can also be witnessed in Turkey. For example, an emoji which has lateral lips means whistling. Some people understand it as a kiss, and then confusion appears. For example, one of my friends sent me an eye emoji. I asked why he sent it. He answered that the emoji means looking astutely. However, its meaning in the world is listening as if believing. The meaning of emojis can change in every culture. That creates communication confusion."

The signs and symbols of Muslims were not used in emojis. Recently, four emojis have been added by mobile application operating systems.

"There are emojis of the Kaaba, a woman wearing a headscarf, a mosque and a tasbeeh. They were added thanks to pressure from Muslims but it was only for show. Islamophobia should be precluded and Muslim symbols should be increased," Kırık said.

Why are emojis yellow?

"The faces of emojis are yellow. The skin color in 'The Simpsons' is yellow again. Yellow is a color close to white which raises racism issues. Racism is a rising value. The skin color discrimination should be destroyed. After reactions, black and dark-skinned emojis were added," he added.

When someone dies, many people announce it on social media and inform relatives and friends. People can like the posts about funerals. This situation can mostly be seen on Facebook and Twitter. When people are asked why they like funeral posts, they say that it is a way of expressing condolences. Kırık noted that there is no similar situation in the world. That is, only Turkish people like funeral posts.

"The meaning of emojis is taught to children when they were at primary school in the U.S. I want to write a dictionary that will teach the meanings of emojis in Turkey and the world," he added.

Kırık determined the five most commonly-used emojis in Turkey with a search. The first emoji among these five, which do not differ in terms of age and sex, is the laughing emoji with tears of joy. The second one is the relaxed smiling face. The heart emoji comes third. The fourth one is the kissing heart emoji. The thumb emoji, which means okay, I liked or I got it, is the fifth.

"Men commonly sent the heart emoji to women. The kissing heart emoji was used for lovers but now it is also sent to friends," he said.

Who uses emojis the most, women or men? According to the result of the search, the answer to this question is women. Kırık noted that women use emojis more than men and they reflect their emotions a lot more.