The Kyrgyz: Far away yet bound by the heart 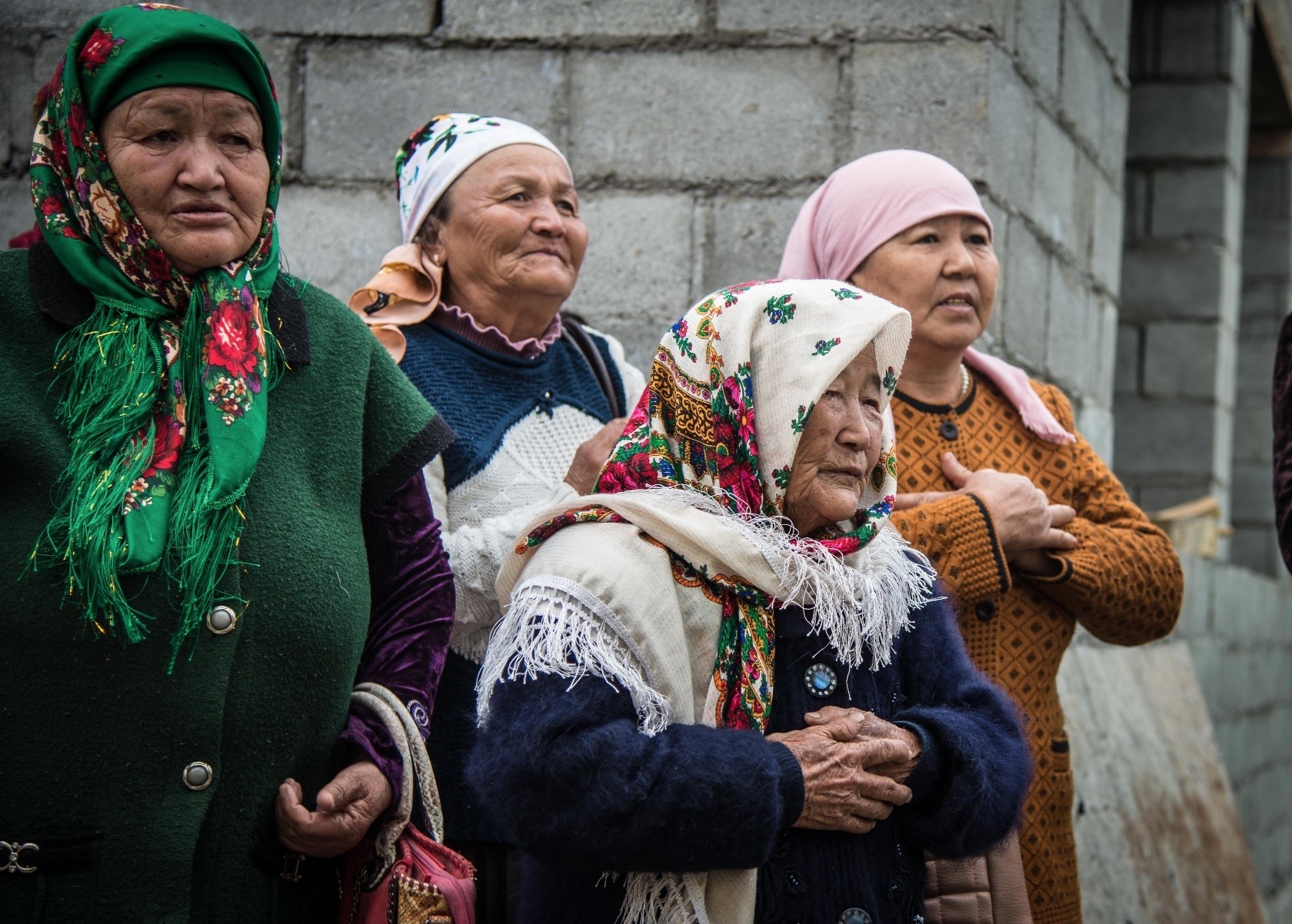 Meskhetian women accept help from Turkey and Turkish nongovernmental organizations with tears in their eyes.
by Yunus Paksoy May 23, 2018 12:00 am

After the collapse of the Soviet Union, the Meskhetian (Ahıska) Turks lived through hard times but are now putting all that behind with the help of Turkey. Their doors are always open to their Turkish brothers and sisters

Driving away from the center of Kyrgyzstan's capital city Bishkek, one finds themselves on a bumpy road built in the Soviet era.

It is getting slightly colder on a May evening as the sun readies to set. The road gets smaller and smaller; the fresh smell of the nature sinks in as the vehicle approaches a remote village.

It is sparsely populated area some distance from Bishkek. Following the fall of the Soviet Union, authorities told the people in Fecr village to evacuate the area and relocate closer to the city.

The state went so far as to threaten to cut off all services. The decision was made. The villagers were to be forced to evacuate the area and move elsewhere. However, the authorities knew very little about the determination of the people of Fecr, mostly the Meskhetian Turks, as they would hold onto their hometown for decades to come.

It is around 8:15 p.m. local time when we arrive in Fecr. The dark falls across the houses and people disappear in the night. Electricity is a luxury in the village. Some of the houses do not have any, while others are barely able to afford it. It makes the life much more challenging and even burdensome.

Water services for each and every house? No one has never heard of it here. People still need to carry in water in big bottles from neighboring villages or lakes. Phone reception is weak, and internet is another luxury. All the norms of city life in today's world, though, are no reason for the people here to pack up and leave just to live in a small flat in Bishkek city center without the promise of decent jobs. 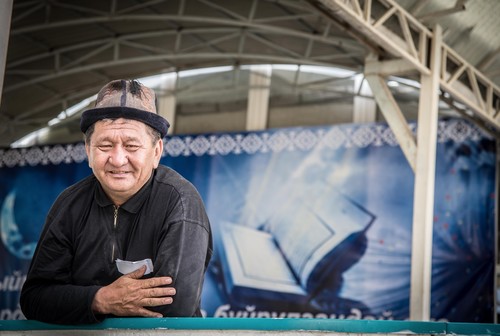 Although they live thousands of kilometers away, Meskhetian Turks are always welcoming to their kins from Turkey.

Today, only some 400 to 450 people live in the village. People here are in one way or another connected to each other, either biologically or from the bottom of their hearts.

One gets a very warm welcome as iftar, the fast-breaking meal, is ready. Everything is set up near the mosque as villagers settle down to eat as their 17-hour fast will finally end after the call to prayer, namely the Azan. The villagers do not have a very broad menu for iftar, yet their strong sense of sharing whatever they do have with visitors is exceptional.

In fact, the mosque means a lot to them. People used to have to pray in a scrappy building that did not keep them warm. Moreover, the cheap roof was leaking, keeping everyone away from the house of God for months in a country where the winter is long and harsh.

The long awaited blessing from God came from their brothers and sisters in Turkey, whose ties date back more than a thousand years.

Turkey's Humanitarian Relief Foundation (İHH) rolled up sleeves to provide the villagers with a safe mosque to pray in after seeing the situation on the ground. The humanitarian organization is also planning to bring water services to the village with a water well project in the very near future.

The villagers cherish the $30,000 project, calling it the blessing they had been waiting for.

The mood in the village has a homey feel. The brotherly bond between the Kyrgyz and Turks is unique; and the language barrier is not an obstacle either. Murat Sözer, a volunteer from Turkey, also used to live in a village as a boy. Traveling all the way to the other end of the world to Kyrgyzstan was a mystery waiting to unfold for him. He said hizs experience in the village was unmatched and above all, priceless.Amazed by the hospitality and the bond of brotherhood, Sözer said: "People speak in two ways: First, with their lips; then with their hearts. Everyone in this village spoke to us from their hearts. It was as if we were having a conversation with long-lost relatives we haven't seen for a long time."

The mosque, indeed, is surely strengthened the bond between the people. A coup attempt was carried out in Turkey on July 15, 2016. It cost 250 people their lives and wounded more than 2,000 people. A tragedy to be remembered for decades to come, the memory of the attempted coup is still fresh in people's minds. Yet, it is not only the case for citizens in Turkey. The brother Turks in the village now head to the July 15 Martyrs' Mosque five times a day to pray.

As a volunteer, the feeling of wholeheartedly exchanging warm emotions will live with him forever. He explains, "It's a whole different feeling to know we have Kyrgyz brothers and sisters thousands of kilometers away with whom we are able to build bridges from the heart."

The Kyrgyz people love praying. Yet, it is slightly different. Their prayers are only a couple sentences long, yet their lips are filled with prayers all day long. As the short visit comes to an end, the Turkish delegation heads to the vehicle. Gathering in front of the July 15 Martyrs Mosque, the villagers raise their hands, turn to God and start praying: "May Allah bless you."