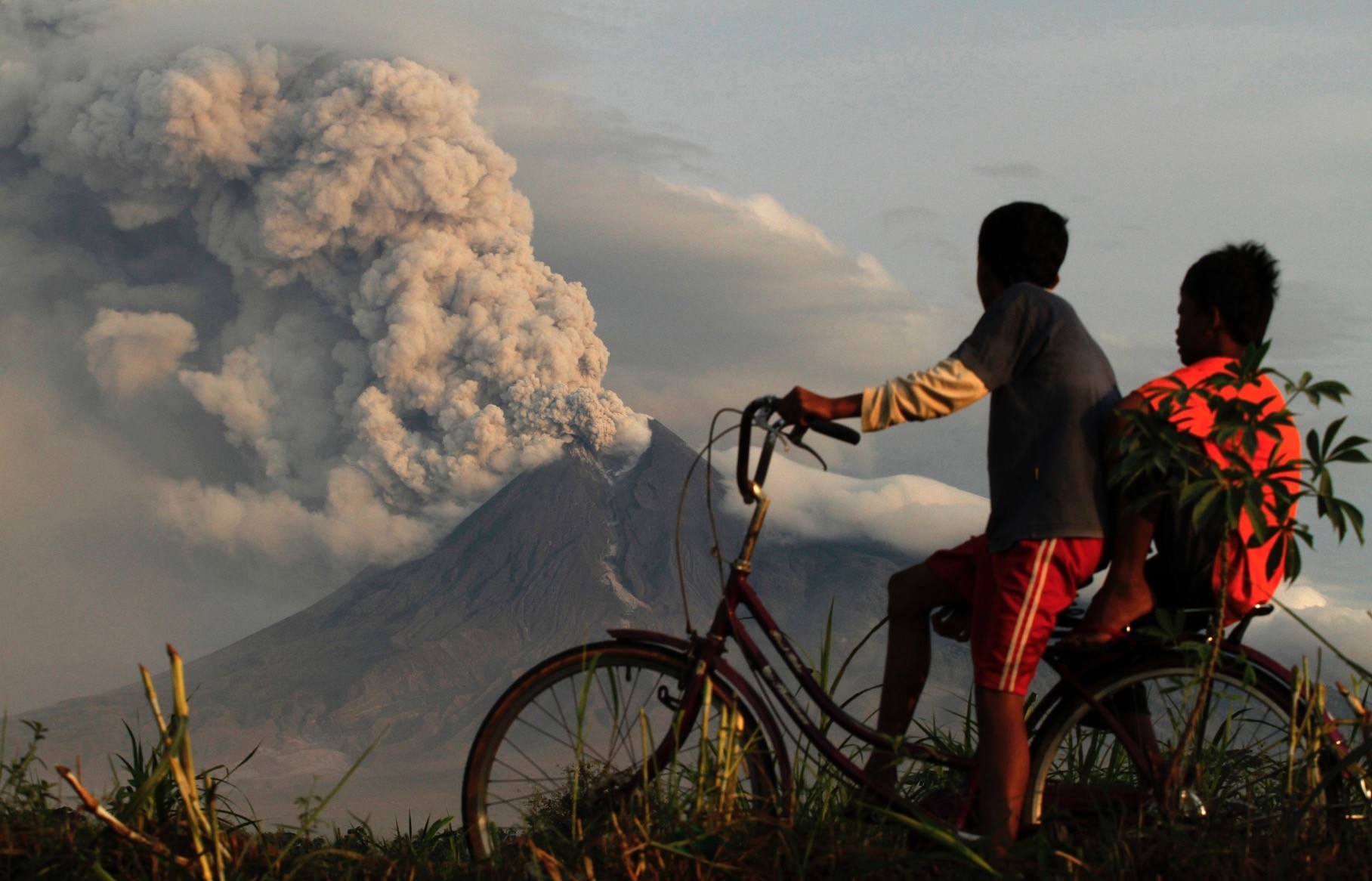 Volcanic eruptions in Hawaii and Guatemala last week, causing loss of life and great damage, have once again highlighted the danger created by active volcanoes around the world on human communities.

According to the Smithsonian Institute and the U.S. Geological Survey Institute's (USGS) Global Volcano Program, 1,500 active volcanoes were observed in the last 10 thousand years. Today, 600 of these volcanoes are still active. Fifty to 60 of them erupt at least once a year. Numerous factors, such as population around the volcanoes, lava and gas compositions released during eruptions, and how often the volcano erupted before, can help determine the possible destruction of volcanoes on humans.

According to the data of the Global Volcano Program, Vesuvius, Rainer, Novarupta, Pinatubo, St. Petersburg Helens, Agung, Fuji and Merapi are among the world's most dangerous volcanoes.

Vesuvius in Italy is the volcano that first comes to mind when it comes to the destruction of volcanoes on communities. The volcano, which destroyed the entire city of Pompeii when it first erupted in 79 B.C., had eight severe eruptions in the last 17,000 years. According to the Global Volcano Program, the rate of silica dioxide, which increases rock formation and lava thickness in the magma composition, is very high in the volcano. Thus, it causes great damage when it erupts. Vesuvius last erupted in 1944. Currently around six million people live in the area by the volcano.

Mount Rainier in the state of Washington, near Seattle in the U.S., is one of the world's most dangerous volcanoes. The height of the volcano, which erupted in 1984, and its closeness to the suburbs of Seattle and Tacoma, are the main factors rendering the volcano dangerous for humans. In addition, with an eruption, the glacier set of the volcano might melt causing mud and landslides. Currently around two million people live in the area by the volcano.

Creator of the Valley of Ten Thousand Smokes: Novarupta Volcano

The Novarupta volcano in Alaska in the U.S., is considered one of the world's most dangerous volcanoes. When the volcano last erupted in 1912, it was the largest volcanic eruption occurring in the 20th century. After the eruption, 30 billion cubic meters of ash and dust were spread to the atmosphere and the volcanic remains created the Valley of Ten Thousand Smokes. While the surrounding near the mountain were not highly populated, the sulfur and ash clouds created by the eruption caused breathing problems for people living in far settlements.

Mount Pinatubo on the Luzon Island of the Philippines erupted in 1991. It was deemed as the second largest volcano eruption of the 20th century as 722 people lost their lives. Currently, 21 million people live in a 100 kilometer vicinity of the volcano.

Mount St. Helens, lying south of Washington, U.S., erupted in 1980, becoming the deadliest volcanic eruption in the history of the country. Fifty seven people lost their lives, thousands of animals perished and 518-square-kilometer of forest area was turned into ash.

Indonesia's Mount Agung in Bali, made the headlines with an in 2017. When the volcano erupted in 1963, the flow of lava continued for 11 months, and more than a thousand people lost their lives. Many suffered major property damage. Currently, four million people live in the area by the volcano.

The symbol of Japan: Mount Fuji

Japan's famous Fuji Volcano has not erupted since 1707. Experts warn that the 2011 earthquake in the country has increased the pressure under the mountain and there is risk of eruption at Fuji. It is noted that ashes in 1707's eruptions reached Tokyo. Currently around 25 million people live in the area by the volcano.

One of Indonesia's most active volcanoes, Merapi Volcano has been erupting for centuries. According to the National Aeronautics and Space Administration (NASA), Merapi's biggest risk is the high level of silica in the lava composition. The lava flow that can spread over a very wide area can threaten many people. When the volcano last erupted on May 11, atmospheric ash and smoke spread, and forced evacuations began around the volcano. Currently around 24 million people live in the area affected by the volcano.