What political parties are promising ahead of elections? 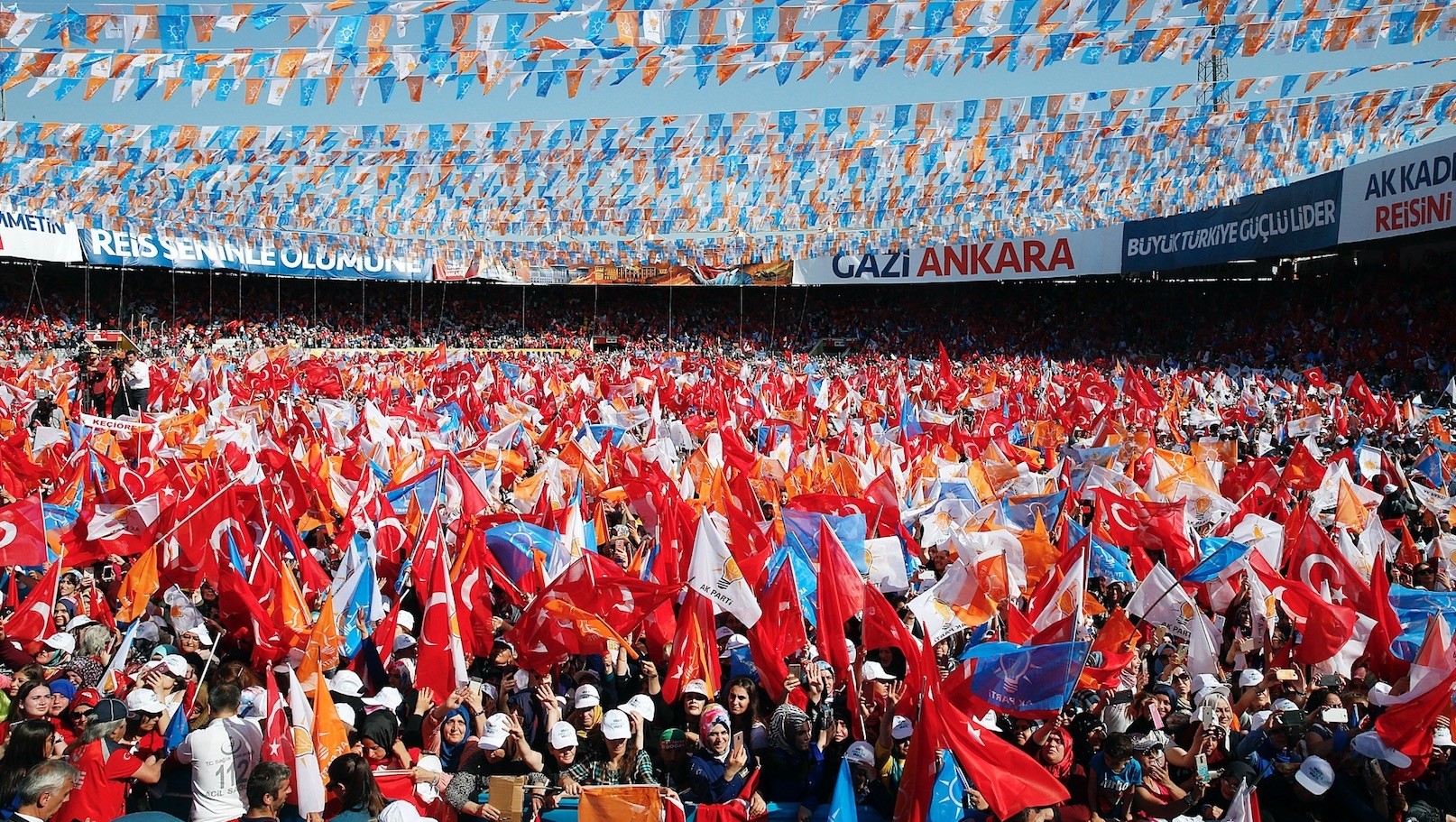 The election season is here; having spent the last few weeks talking to people on the ground, one general concern came to the fore. Every party has their own particular answer to this overriding issue: the economy

In almost every developed democracy the economy is a prominent issue during election time. Different candidates will make different promises on how to solve the country's economic troubles. A good example of this is Trump's campaign for the presidency. His talk of making America great again, of getting jobs for the American worker was fundamental in his winning over the Rust Belt, thus ushering him into the presidency.

So what are the parties in Turkey promising? The Justice and Development Party (AK Party), the ruling party, has promised a packet amounting to TL 24 billion ($5.2 billion). The packet includes the restructuring of taxes and subsidies. A TL 1,000 subsidy, to be given before each Eid, is being offered for all pensioners. Some 13 million buildings that have problems with planning permission will be re-evaluated, thus solving serious zoning issues. Young people between the ages of 18 and 29 will be given subsidies for opening businesses. AK Party has promised to reduce inflation to single digits. Measures will also be taken to reduce financial pressure caused by interest rates.

The Republican People's Party (CHP) does not ignore the idea of giving subsidies at the Eids. They have promised young people a TL 500 subsidy for each Eid. The CHP's focus on young people, according to Muharrem İnce, their candidate for president, is closely connected to the fact that İnce was a physics teacher. İnce also promises that there CHP will bring in economic stability and growth. The party promises that the per capita income will be $15,000, while inflation and unemployment will be reduced to 5 percent, and the ratio of the national debt will be brought under 4 percent. There is also a promise that all households will have a minimum income of TL 1,000 per month.

The Nationalist Movement Party (MHP), the nationalist party, has promised a "Productive Economic Program," which will provide permanent stability in the economy. Production will be increased, there will be a reduction in production independence; an austerity packet, accompanied by an increase in investments, tax and expenditure reforms, will be introduced. The MHP also promises a just division of income, agricultural reforms and reforms in the work force.

The head of Good Party (IYI Party), Meral Akşener, has promised that debts incurred by Turkish citizens will be cancelled. She has promised to establish a social solidarity fund, which will purchase the consumer credit, credit card and credit debts of 4.5 million people. She has also promised that mid-term per capita income will reach $16,000 and the GDP will be $1.4 trillion. The İYİ Party has promised to measure the Central Bank's performance in fighting inflation and to establish an accountability mechanism.

And what does Peoples' Democratic Party (HDP) promise? The HDP again focuses on the younger generation, with the Youth Card project. TL 500 will be put on the card by the state each month; young people can use this fund for travel, food, culture and social activities. Pensioners will be paid TL 1,000 each month, making the lowest payment to pensioners TL 3,000. The HDP will introduce a just tax policy, thus increasing the income of individuals with low incomes. The minimum wage will be set at TL 3,000, and individuals on this wage level will be exempt from taxes. All public servants will be given a raise of TL 1,000. The age of retirement will be lowered, allowing more people to become pensioners.

And finally, what about Saadet Party (Felicity Party)? The promise here is for an annual 7-10 percent raise in the minimum wage. Earners of minimum wage will be exempt from taxes. There is a promise to reduce taxes on fuel. Women will be given a 3-year maternity leave.

Some of these promises seem quite fair, and attainable. Others are only pie in the sky, random numbers thrown out with no calculation of where the money is to come from, or how the country will survive if such amounts are paid out.

And all of this is so normal in a democratic country that it is almost boring. Discussions during elections about how the economy will be run by different candidates is something that we hear every day in every developed democratic country.

So why is this news in Turkey?

If one looks back to the last Turkish general election, or rather the last two general elections, in 2015 – June and November – the fact that political parties are focusing on the economy is incredibly significant.

In 2015, all political parties and all voters were concerned not with the economy, but with security. For very good reasons.

In 2015, starting just before the first general election, a bomb was set off in Diyarbakir, killing 2 people. This was followed by even more atrocious attacks, including the Suruç and Ankara attacks.

These attacks shook the Turkish people. The election in November was centered on one subject and one subject only: Security and the fight against terrorism.

But, despite calls from some political parties a state of emergency was not implemented. The state of emergency was only imposed after the failed coup attempt. It should not be forgotten that at this time there were four terrorist groups active in Turkey: PKK, the Gülenist Terror Group's (FETÖ), DHKP-C and Daesh. It would have been highly reasonable to implement a state of emergency before July 15; indeed, many European countries would not have blinked an eye before taking such an action.

The imposition of a state of emergency does not mean that whatever problems were occurring suddenly cease to exist. The state of emergency in Turkey merely allowed for laws to combat terrorism to be passed quickly and efficiently. But there had to be a lapse of time before these laws and regulations started to have the desired effect and the lives of the citizens became safe and secure.

If one examines the Turkish state of emergency, it was 5 months before terror attacks were halted. In December 2016 two bombs were set off at a football match in Beşiktaş in Istanbul, a military bus was bombed in Kayseri, the Russian ambassador was assassinated in Ankara; in January 2017, a nightclub in Istanbul was attacked, taking the lives of 39 people and a courthouse in İzmir was attacked, with two people losing their lives.

And then the attacks ceased to happen. It took six months – from July to January. It has been estimated that there has been a 93 percent drop in terrorist activities since 2016. Although the cessation of terrorist attacks happened only 18 months ago, if you ask a person on the street today what their main concern is, what they want the politicians to deliver, they will not say preventing terrorism or security. They will answer you with one word: the economy. In a recent poll (Metropoll – May 18) 51.5 percent of the Turkish population thinks the most important problem is the economy, as compared to 13.4 percent who feel that the most important problem is terror. In April and January 2016, over 60 percent of the people asked felt that terror was the most important problem.

In President Recep Tayyip Erdoğan's own words, "The state of emergency only affects terrorists." And this is as it should be.

The economy – the most discussed issue this election – has been directly and positively affected by the state of emergency. The tourist trade had suffered serious setbacks in 2016 and 2017. But this year, all hotel rooms in Turkey are fully booked, and it is very hard to find a flight to or from Turkey. 2018 will be a bumper crop for tourism, bringing a much needed injection of foreign capital into the country.

All Turkish citizens, and indeed all political parties and politicians, would love for the state of emergency to be lifted. It is not pleasant living in a country under a state of emergency, even if it does not affect your life. However, no one would want to lift the state of emergency too early, thus allowing room for terrorists to become active again. The government's main job is to secure the lives of the citizens; once lives are secure, economic issues can and should be tackled.