Esports: Virtual side of the road 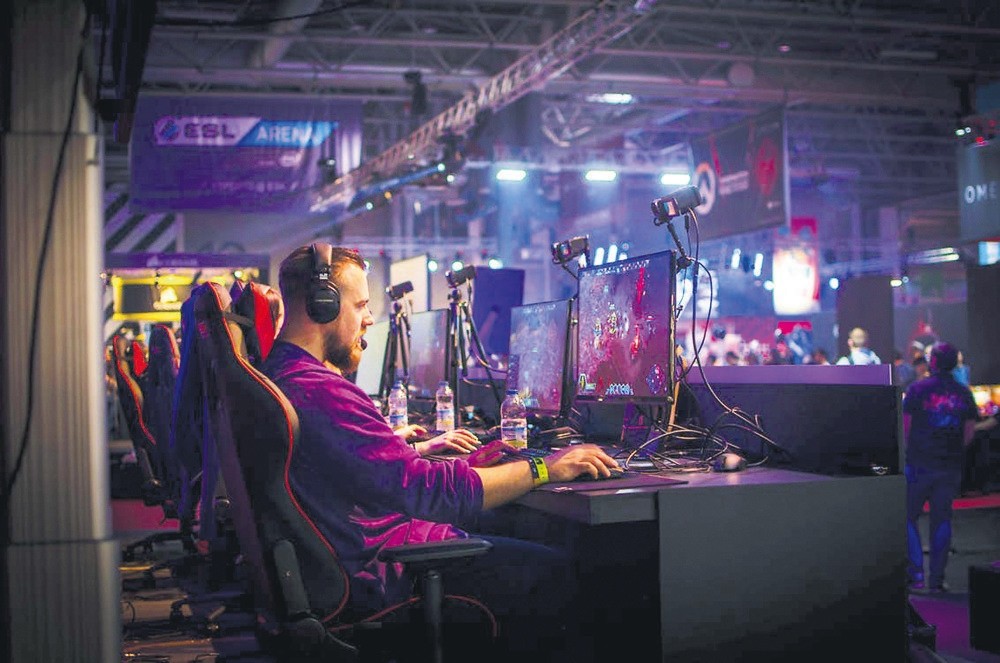 Once seen as an activity to kill time, playing video games has turned into a billion dollar industry not only for game developers but also for gamers. Yes, playing games is now considered a sport - welcome to the world of ‘esports'

Who would guess that the computer games played after math homework, or even before that, could make one a millionaire? The virtual universe called "esports" is reality - even for those people who didn't believe it was possible.

Kasım "Holythoth" Polat is only one of the victors of this new branch of sports.

Esports refer to the online computer games played by professional players or teams from all over the world in leagues. It is recognized as an official sport in many countries. This sport usually consists of two teams with five gamers each. The two teams face off to win three-match series. Gamers compete with each other in official tournaments for huge prizes.

Holythoht never imagined he "would earn much money by playing computer games all day long." Yet, today he is a professional gamer and even a reigning MVP with a series of medallions.

"At first I joined such tournaments to have fun and I discovered in time that I am rather skillful," he said with excitement.

Esports as a job offers a really short time span for players who mostly retire at the age of 25. The players usually start at a very young age like 15. Although they start at that age, they play for no longer than 10 years. It's not a long-term source of income for gamers. That's why most of gamers' first choice happens to be their education.

For Polat, being professional esporter limited his education to some extent. H was criticized by his family and friends.

"My family and close friends told me, 'Your first choice should be education, not computer games' and I started to think about that," he said. "But after I got special and important achievements, I saw myself as an integral part of the esports."

He and his teammates won many tournaments in the national arena.

"The esport was no longer a hobby for me, it became my job," he added.

Back in 1970s and '80s, arcade gamers used to try to get the highest scores and they were part of keen competitions, which was when the seeds of esports were planted. The oldest esport tournament known is called the "Intergalactic Spacewar Olympics," which was held under the title of "Spacewar Game" at Stanford University in 1972. Back then gamers competed for one year with free subscription to the Rolling Stone music magazine.

The first biggest gaming tournament was the "Space Invaders Championship" organized by Atari in the U.S. where 10,000 people took part in.

Through the development of technology, the notion of games has had some different meanings. The popular games of '90s were FPS (First Person Shooter) Games and fighting games. After 2000, real-time strategy games called "MOBA" (Multiplayer Online Battle Arena) became the most popular game type. This is exactly where esports were born.

Owing to the development and popularity of personal computers and the game world, competitive games have gathered momentum, and similarly the esport sector has gained a much larger fan base. Through the increase of popularity, big-prize tournaments opened up. Hence gamers started to make their own money and it was big deal for all teens.

League of Legends is what Holythoht, like many gamers, plays. As the game's popularity increased, so did the number of local and national tournaments. Polat and his teammates, thus, decided to prepare themselves to be a part of such numerous tournaments. Having joined the Riot Games National League of Legends Tournament, they came third in their first big tournament with their team "technopat."

The tournaments he won with his team brought Kasım some popularity and some money. He was earning enough to live with no income problems. Although he was young, Holythoth joined bigger tournaments with better teams. With the official license he got, he ended up being a winning esporter.

When many governments realized that such esport games are good sources of employment, they started giving official esport licenses to professional gamers. Gradually after that, esports started becoming a global business and income source.

After the money earned from esports reached billions of dollars, the International eSports Federation (IeSF) was founded in South Korea, as a global organization, aiming to promote esports as a legitimate branch. The establishment now has 47 member countries.

As a country that also sees the promising future of esports, Turkey also aims to join the IeSF in the coming years.

The first esport team called "Dark Passage" (DP) was established in Turkey in 2003. DP started as a Counter Strike squad but in 2012 they created a League of Legends squad.

Esports became very famous sport after Beşiktaş ESK was founded in 2015, followed by Fenerbahçe e-Spor and Galatasaray eSports in 2016. The Ministry of Youth and Sports gave official licenses to players, who would join the League of Legends 2014 Winter Olympics, the first official organization from Riot Games. The tournament took place in Bostancı Performing Arts Center in 2014 with the sponsorship of Avea Wopps.

A talented Turkish player, Polat also looked to be a part of such objective. However, he was not able to because of an injury he suffered on his wrist.

"I knew that one day I could continue to play but then I also knew that I could not make enough money from esport after three to four years," Polat said.

He, then, decided to focus on his education and also be a Twitch streamer, a person who shares how-to guides about esports by playing online.

In the age of technology, one thing for sure is that the esports will continue to get far more fans and interest from around the world. Be it a hobby, a source of income or a platform of rivalry, esports is here to stay. For many, esports may not be an easy dream to chase, with more professional rivals around, and yet, it is poised to be the new king of the cyber world.

Developed and distributed by Valve Corporation, Dota2 is the one of the most popular games in the world. Valve is known it's tournaments with very big prize pool.

The International Dota2 tournament, sponsored and organized by Valve, has been held regularly since 2011. The last Dota2 tournament occurred in Seattle Key Arena on June 7-12. The 18-team tournament joined, had 25 million dollars prize pool.

According to Esports Charts, 11 million people watched the matches. The champions of the tournament Team Liquid won $10 million.

The game what developed by Riot Games, shares the same game logic with Dota2. There are three lanes and two teams consisting of five players. Every gamer chooses a one hero that has different skills in the beginning and they try to destroy the enemy's main tower.

The League of Legends tournament has taken place every year for seven years in a row now. The last one was at the Beijing National Stadium in China. Four stadiums used for this tournament between Sept. 23 and Nov. 4. The tournament's prize pool was $5 million, and the "Samsung Galaxy" team won the biggest prize.

According to Esports Charts, 70 million people watched this tournament.