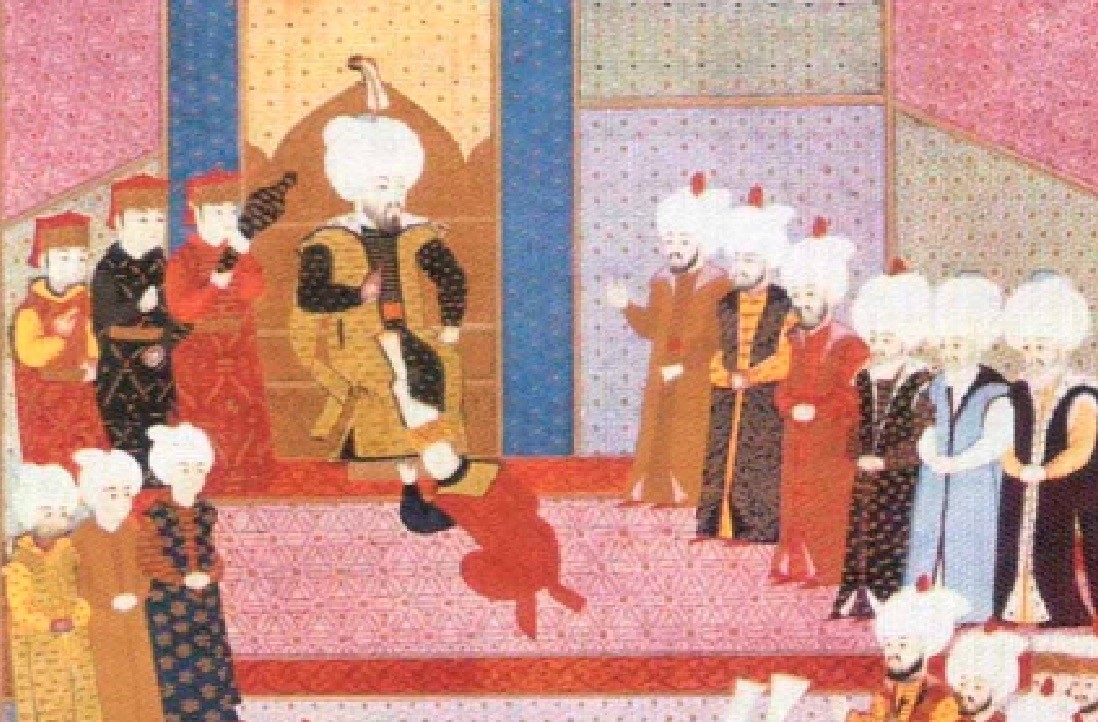 A painting by an anonymous artist portrays the succession ceremony of the Ottoman Sultan Bayezid II.
by Erhan Afyoncu
Jul 16, 2018 12:00 am

Succession to the Ottoman throne was always an important occasion for Turks to celebrate. Although the ceremonies have changed throughout history, the ritual has not lost its significance

Turks have celebrated the change and succession of their new leader with different ceremonies throughout history. In the pre-Islamic era, they would lift and lower the Khan who succeeded to the throne nine times. Then, the Khan would offer kumis to his comrades. The Ottomans, however, overhauled transformed the rituals of succession of a new sultan, making it even more glorious.

According to the Ottoman administrative tradition, all sons of a sultan had equal rights to succeed the throne until the end of the 16th century. The sons were sent to various sanjaks or administrative divisions in Anatolia so they could gain experience in statecraft. When the sultan died, the knell of the sultan on the throne was reported to his sons through messengers sent by the grand vizier.

The son who was chosen came to Üsküdar would be welcomed by state dignitaries with galleys and boats. While the new ruler would pass from Üsküdar to Eminönü on a galley, ceremonial cannon shots would be fired from Tophane. After landing from the galley, the new sultan would mount a horse and go to the Topkapı Palace in the company of thousands of soldiers and court officials.

As the procession advanced through the city, sergeants would applaud and pray. They would shout: "May God be with you. Be blessed our Sultan and live long with your state. Do not be proud because God is greater than you."

However, after the reign of Sultan Mehmed III, the sons of the sultans would not be sent to sanjaks, thus the accession ceremonies were renewed. In this period, the grand viziers would be informed about the death of a sultan through the head of the palace harem or the head of the eunuchs, and report the situation to the other state dignitaries in Istanbul. The dignitaries would arrive at the palace, wearing mourning clothes, and start to wait for the new sultan at the Imperial Council or Circumcision Room.

The agha of the harem would go to the apartment of the son who would ascend the throne in Şimşirlik, which means "cage," where the sultan's sons stayed. The agha would inform the successor about the death of his father and invite him to take the throne.

After the first, private homage, the preparation for the public homage would start. Teşrifatçıbaşı, who was the protocol official, would invite people to the ceremony of accession to the throne. An invitation would also be sent to the new sultan. Then, the throne would be installed in front of the Gate of Felicity (Babüssaade). When the teşrifatçıbaşı arranged everyone in accordance with their position, the agha of the gate of felicity would inform the sultan that all the preparations were complete.

The agha of the harem would take one arm of the sultan and the agha of the gate of felicity and agha of the armorer would take the other. They would walk together to the throne and the new sultan would wave at the people gathered at the square.

Starting from Nakibüleşraf, the chief of the Prophet's descendants, everyone would pay homage to the deceased sultan. The ceremony would end with the teşrifatçı paying homage.

Sword girding ceremony in the Ottoman Empire is the equivalent of the coronation ceremony in European kingdoms. 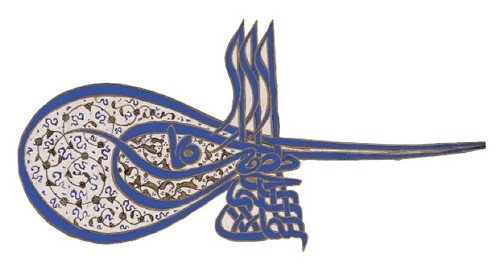 Sultans who succeeded the throne were giving "cülus" money to soldiers and state dignitaries as a bonus from them during the entering the office and increasing their salaries. After the accession, they prepared a seal called "mühr-i hümayun" in their names. One of these seals was given to the old grand vizier who was appointed again in the new government or the new grand vizier appointed by the sultan. The Sultan declared his accession, sending an order with his tughra (Ottoman sultan's signature) to the other countries. It was called the accession announcement. Ambassadors from foreign countries came to congratulate the accession and were welcomed with ceremonies.

The first Friday prayer of the sultan was presented with a great ceremony. Generally, he performed the prayer at the Hagia Sophia Mosque. The public who wanted to see the new sultan attended this ceremony.

After the death of Mehmed II, known as Mehmed the Conqueror, soldiers revolted and killed the supporters of Cem Sultan, plundering Istanbul. The supporters of Şehzade Bayezid made Şehzade Korkud, the son of Bayezid, succeed the throne by proxy until the sultan came and they presented him at streets. The messenger who went to Cem Sultan was cas caught on the way and killed by Anatolian Governor Sinan Pasha, who was the father-in-law of Şehzade Bayezid. The death of the messenger prevented Cem Sultan's being informed about the death of his father and coming to the capital city quickly. Bayezid II, who came to Istanbul after a nine-day journey with 4000 servants after hearing the knell of his father, was welcomed with an enthusiasm in Istanbul. He entered the city in his mourning clothes and after landing gave money to soldiers. The notables of the city and artisans rolled out precious carpets and fabrics and poured plates of gold and silver along the path of the sultan. The janissaries were waiting for the sultan, who came to the new palace, Topkapı Palace, through the Imperial Gate, which is the main entrance door. At the Imperial Council, which met on May 20, 1481, Bayezid II officially took over the throne from Şehzade Korkud.