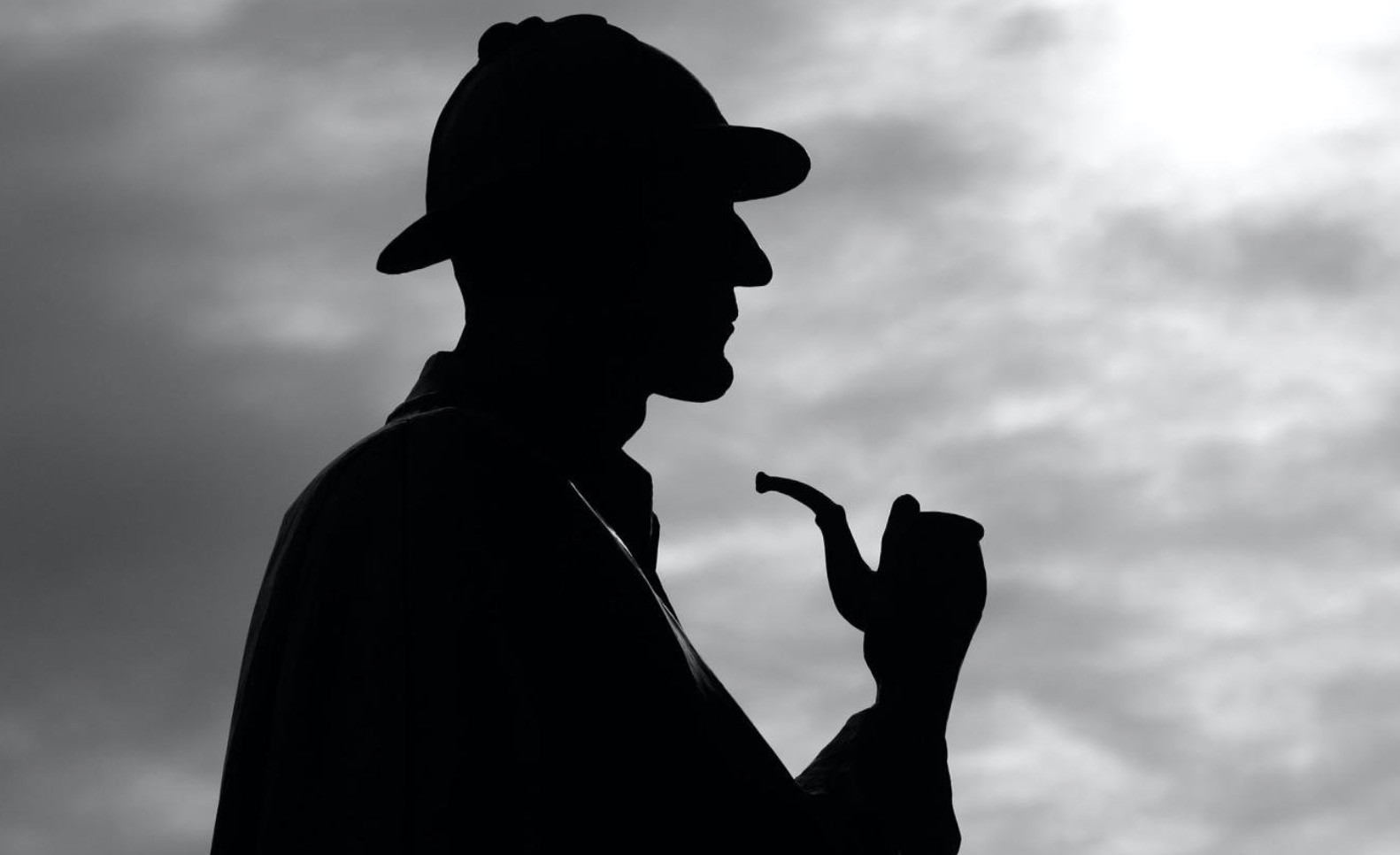 Sultan Abdülhamİd II who ruled in the last period of the Ottoman Empire was indeed a unique sovereign. Although the education he had received was considered to be inadequate, he had a great deal of knowledge and control in state affairs with a sense of superior intelligence and responsibility, and a little bit of suspicion due to two prior coup attempts. Despite his intense work pressure, he never neglected reading and for this reason he handled most of the state businesses from his personal library. Sultan Abdülhamid II is known to be a passionate novel reader. The bookworm sultan had a great interest in travel articles, health-related publications and detective novels. He followed the latest published works in Europe and had them translated in thetranslation office which he established in the Yıldız Palace. He read all kinds of books during his office hours and late at night. But his first choice of genre before going to bed was detective novels.

"I have problems sleeping, so I ask someone to read a book, which sounds like a lullaby to me. I am fast asleep by the first half of the story. I avoid deep, thought-provoking books with the fear that it might stick to my mind, keeping me from sleeping later on," said Sultan Abdülhamid II once according to the memoirs of Ayşe Osmanoğlu, the daughter of Sultan Abdülhamid II, which were published with the title "My father, Sultan Abdülhamid." Esvapçıbaşı İsmet Bey would read the detective novels out loud behind a portable partition near the sultan's bed and when the sultan was ready to sleep he would leave the room quietly. 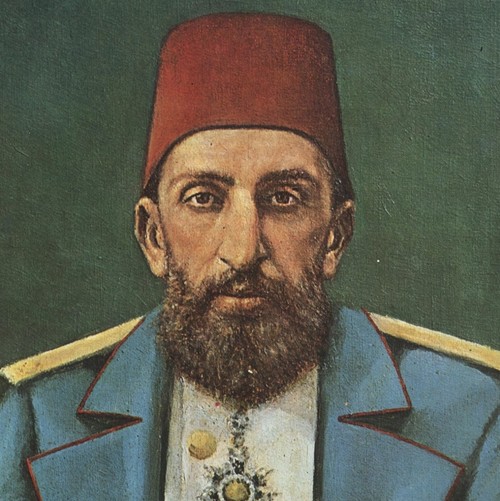 A portrait of Ottoman sultan Abdülhamid II who ruled between 1876 and 1909.

Sultan Abdülhamid II was one of the first readers to discover the world of famed Sherlock Holmes in the Ottoman Empire. Ottoman readers met with Sherlock stories in 1908 thanks to Faik Sabri Duran's translations. However, there are many Holmes stories which were translated much earlier for the sultan in the documents called "Yıldız Main Collection" in the Ottoman Archives and in the Istanbul University's library which is also in possession of the sultan's collection.

A translator who introduced himself as "Corci the Servant" in his manuscripts which were presented to the sultan in the form of a notebook, translated many Holmes stories long before 1908. Erol Üyepazarcı who conducted research on the detective novels went through the translation of the Sherlock Holmes stories from English to Ottoman and discovered that there are 72 translations in the Yıldız Palace and 505 in the Ottoman Archives of the Istanbul University.

"The famous detective book 'Arsen Lupin' was translated into Turkish in 1905, two years before it was published in the western countries as a book. Abdülhamid discovered it in a magazine where it was published as series and he had it translated there before it was compiled and published," wrote Üyepazarcı in his book "Korkmayınız Mister Sherlock Holmes" (Do Not Fear Mr. Sherlock Holmes).

Sultan Abdülhamid II was interested in what Ottoman and European press wrote about him. In this regard, he ordered the Ottoman officers working in the embassies to translate these publications and report back to him. Through these translations, he managed to keep up all the published pieces about him abroad. Sometimes the sultan asked for the works of his favorite authors to be sent to him by ambassadors to be able to have them translated in the translation office of the palace. Then one day, in the October 1903 edition of Strand, a foreign magazine which the sultan subscribed to, an article about the sultan penned by an Indian author was published. While Corci the translator was working on this article for the sultan, he noticed the story of Arthur Conan Doyle's "The Empty House" on the previous page, and since he knew that the sultan was keen on the detective stories, he translated this story as well and presented to him. This was Sultan Abdülhamid II's first encounter with Sir Arthur Conan Doyle's and his character Sherlock Holmes. As soon as the sultan read the story he liked Doyle's more than the French detective stories he had read so far. Thereupon the sultan asked Muzurus Pasha, the Ottoman Ambassador in London to send all the works by Doyle to the palace.

British Admiral Sir Henry F. Woods, who worked as a consultant to the Ottoman Naval Forces between 1869-1909, wrote about how Arthur Conan Doyle received an Ottoman order by Sultan Abdülhamid II, in his memoir "Spunyarn: From the Strands of a Sailor's Life Afloat and Ashore. Forty-seven Years Under the Ensigns of Great Britain and Turkey."

"He had a very active mind, and although he had but a very limited knowledge of French, and knew no other European language, he read or had read to him, the translations of many European books. There was a staff of translators at Yıldız [Palace] always at work either translating European newspapers or books, and I was told by one of them, a Viennese Jew, who died many years ago, that he had translated for the sultan Machiavelli's work for the guidance of Princes. He was very fond of detective stories, and particularly liked those of Sir Conan Doyle. He had them all translated for him, and when, some years ago, the creator of Sherlock Holmes paid a visit to Turkey with his wife and accompanied me to the Selamlık he decorated him with a high award of the Order of the Medjidie."

Arthur Conan Doyle also wrote about this in his own words a little bit differently in his memoir "Memories and Adventures:"

"It was Ramadan, and the old sultan sent me a message that he had read my books and that he would gladly have seen me had it not been the Holy month. He interviewed me through his Chamberlain and presented me with the Order of the Medjidie, and, what was more pleasing to me, he gave the Order of Chevekat to my wife. As this is the Order of Compassion, and as my wife ever since she set foot in Constantinople had been endeavoring to feed the horde of starving dogs who roamed the streets, no gift could have been more appropriate."

Regardless of one's position, everyone sometimes need a break from real life, be it a sultan or just an ordinary person. Some tend to blame Sultan Abdülhamid's love of crime novels on his skeptical personality. It is true that sultan had been strongly suspicious about everything going around him and had felt that he had to intervene in state affair on all levels. Particularly due to the events that led up to his accession to the throne, he had followed his own methods and initiated an espionage network at the Yıldız Palace and to collect information through informers from all around the state. This was, according to some, caused by his intense interest in espionage and detective novels. However, the sultan himself had explained his interest in this genre as simply a way of escaping from his heavy work load and complex state affairs.