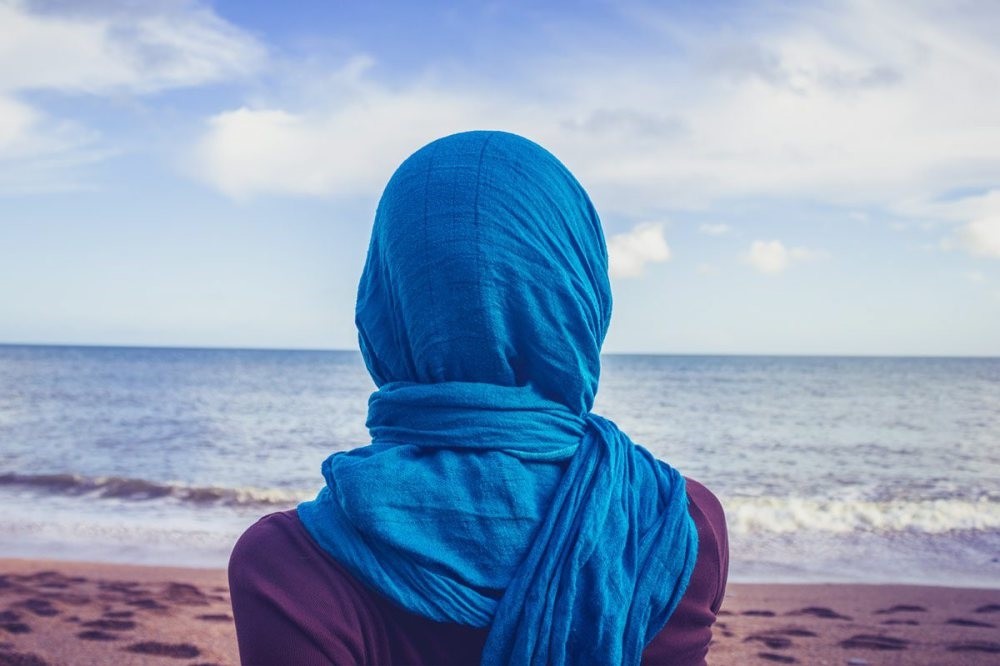 A women-only beach is a great idea for a hijabi woman; however, hotels that offer single-sex beaches are often much more expensive than their traditional counterparts.
by Şeyma Nazlı Gürbüz Aug 02, 2018 12:00 am

Nowadays, it seems every Instagram feed is bombarded by happy sun-filled vacation photos that, for those of us unable to get away, provide secondhand, enticing glimpses of sparkling seas from our office chairs. Each picture generally follows the same themes: A happy, smiling face; a cold beverage - usually a lemonade or this summer's popular drink - draped with exotic fruit and fancy stirrers; and last but not least, a background that is usually the sea or seaside. For the people stuck in the office or at home despite the hot weather, these pictures can be quite demoralizing, with daily insta-snaps reminding us: Everybody's life is perfect, except yours.

For a hijabi woman, however, the meaning of these pictures goes a bit deeper. Unfortunately, despite all the improvements in the fashion industry promoting inclusiveness along with halal hotels that provide the necessary opportunities and brave hijabi girls who do not care what anyone thinks and are determined to do what they want, enjoying a seaside vacation is still quite challenging.

It is true that in today's world, there is no lack of swimwear for hijabi women. Just a few years ago, it was almost impossible for a hijabi woman to go to the beach and swim with appropriate clothes suitable for her beliefs since there were no "burkini" options at the time - a relatively new term is still waiting to be fully recognized by the fashion industry. Due to a lack of options, women were either trying to find places that were far from prying eyes and desolate or were giving up the sea and looking for women-only pools.

Today, hijabi women have the burkini, a swimsuit that covers what needs to be covered according to the Muslim faith and makes it a lot easier for women to go to the sea and swim. However, due to widespread opinions about "how one should look while swimming or enjoying the sea," for many hijabi women, the past time still requires guts to swim in a public place in a burkini since it attracts quite a bit of attention. It seems that you, as a woman, are more acceptable on a public beach if you wear a bikini or some kind of normal swimsuit. However, if you go against the norm and go to the seaside wearing a burkini, you have to accept the challenge of everyone looking at you as if you are from outerspace.

In May 2017, these awkward gazes turned into police pressure in France when a group of Muslim women were prevented from swimming in their burkinis in the seaside city of Cannes. Around 10 women gathered at the Cannes beach to swim in their burkinis to show support for the concealing swimsuit. The event was a way of celebrating the French high court ruling, dated 2016, that allows any woman to wear a burkini. Although Cannes was the first city to forbid burkinis in August 2016 and many French resorts followed suit, France's highest administrative court, the Council of State, overturned the ban, calling it a violation of fundamental liberties.

One question of many critics about burkinis is whether or not one can enjoy swimming and benefit from the sea while wearing something that covers almost the whole body. The answer is yes; one can do both. The fact that the burkini is made of regular swimsuit material actually means that it enables water to get inside your swimwear, meaning that water touches your skin while wearing burkini as much as while you are wearing a bikini. Another problem for many people is the fact that you cannot sunbathe while wearing a burkini, which again, for many makes the whole experience of a seaside vacation meaningless. But in reality, exposing your body to the sun for more than 20 minutes is actually quite dangerous even if you wear sunscreen and can lead to serious illnesses such as skin cancer. Besides, although sunbathing might be a necessity for some vacation lovers since it is usually rewarded with a shiny, bronze tan, it is only one part of a seaside vacation and without it, there is still plenty to enjoy.

Halal hotels, which are quite popular in Turkey, are actually providing Muslim women private single-sex beaches, enabling them to wear whatever they want, from bikinis to burkinis, and enjoy the sea. This sounds perfect - in theory. There is no doubt that a women-only beach is a great idea for a hijabi woman; however, the hotels are quite expensive, more expensive than other "mainstream" hotels, just like many other things that are specifically designed for hijabi women, including fashion lines. Since it applies to a specific part of society and does not have many alternatives compared to mainstream hotels, these places push their boundaries when it comes to price and make the "halal" holiday a luxury for a common hijabi woman.

Still, as far as Turkey is concerned, many steps have been taken in the past few years. It is probably one of the most comfortable countries to enjoy the sea as a hijabi woman. Although not as comfortable or secure as the ones that belong to the hotels, some cities in Turkey have women-only beaches managed by city municipalities. Although there are quite a few of them, these beaches can actually be alternatives for hijabi women who do not want to spend big bucks on a luxury vacation. 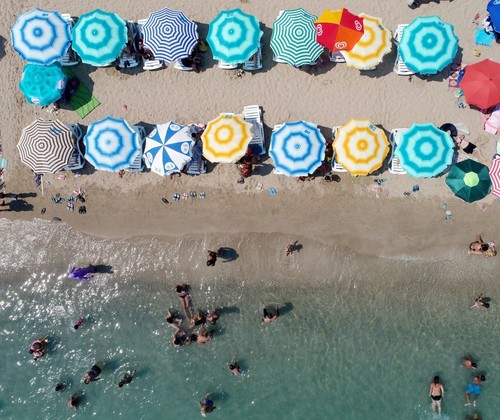 Sariyer ladies beach is a private beach that combines a picnic site with the seaside in the Sariyer district of Istanbul. The beach's medical and lifeguard team is also made up of women, just like Poyrazköy. It also has changing rooms and prayer rooms.

With its clean, calm sea, the beach in Poyrazköy in Istanbul's Beykoz district is not only peaceful but also enables you to enjoy the sea for more than a day, unlike many other ladies beaches, thanks to the hotels and hostels around it. The beach's medical and lifeguard team also consists of women.