Journey to the center of the world: Is it far? 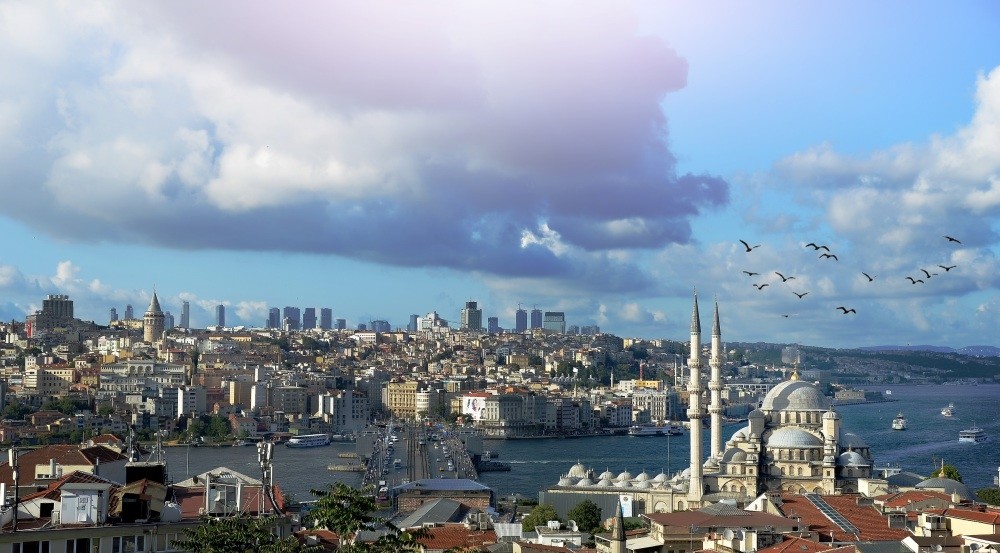 Empires and states where once obsessed with the idea of ‘the center of the world' as it demonstrated political and cultural power but now, such a label, which can be manipulated with a single social media post, only leads to world recognition and more tourists

We all love suggestions: The best place to see before you die, the best sunset in the world, the place to live out the rest of your life. However, the most debatable of all these labels that intrigued mankind since the down of time is this: "Where is the center of the world?"

It all comes down to perspective. If we are referring the center of the world as the place where mankind first came into being, it might be fair to say modern-day Ethiopia. In 2015, scientists discovered a jaw bone that dated back 2.8 million years and believe that it belonged to one of the earliest humans.

However, if you believe that the center of the world is in fact the cradle of civilization and culture, where mankind first started creating things that would change the world for millions years to come, then it is the Fertile Crescent, the region where the first agricultural communities of the Middle East and Mediterranean basin settled.

But when you think about it geographically, that's when the debate intensifies.

The world has witnessed great empires that ruled almost half of the entire world and they all believed that their capital was the center of the world, not only politically but also geographically. The Roman and Byzantine empires were just two examples.

After the mighty Roman Empire dissolved, eastern Romans, more widely known as the Byzantines, wanted to build their own empire, "A New Rome." To mimic the most important features of the doomed Romans, Emperor Constantine I the Great ordered a stone to be placed near Hagia Sophia, similar to the Golden Milestone (Milliarium Aureum) in Rome's forum, to mark the center of the world and to show everyone all roads lead to Constantinople, or modern-day Istanbul.

Around the 16th century, under the rule of the Ottoman Empire, the Million Stone disappeared and only a part of it was recovered during later excavations. Although the once-significant stone now looks simply stuck between the other monuments in Sultanahmet Square, it was once in the center of Constantinople.

In an interview with Demirören News Agency (DHA), historian Haldun Hürel, who is specializes in the history of Istanbul, said the Million Stone was the center of the city of Constantinople when it was first declared the capital of the Byzantine Empire.

"The stone showed how far other European cities were from Constantinople. The stone featured a plate showing destinations to all the great cities of the time."

There were numerous debates, both geologically and ideologically, throughout the centuries

to come, but Istanbul remained the center of the world spiritually and politically. As Napoleon Bonaparte once said: "If the Earth were a single state, Constantinople would be its capital."

The International Meridian Conference was held in October 1884 in Washington to determine point zero, meaning that the world's time zones would all emanate from Greenwich and as Airey had desired, overthrowing Istanbul.

So why is becoming the center of the world so important? To be realistic, it is not for regular people. It makes determining time zones and measurements easier for scientists but for us earthlings, it does not make much difference. Back in the day, it was a way for empires and states to advertise themselves as the biggest and scariest as well as the most important. Today, the only outcome of this much-debated label is recognition and tourism.

Çorum: The center of the world?

The people of Çorum, a small province in central Anatolia which was once the capital of the great Hittite Empire, were overjoyed when a report conducted in 2003 hit social media claiming the coordinates for the center of the world actually fell in their province. For days, locals enjoyed world recognition and boasted of being the center of the world; however, a couple of days later, the report was revealed as a complete misunderstanding and that Çorum was, in fact, not the center of the world.

It might have turned out to be a joke, but Çorum has enjoyed its short-lived fame to the fullest. When the news broke out, both in local and international agencies, all eyes turned to this central Anatolian city, and it attracted people from all over the world.

Although the news ended up breathing life into Çorum's tourism, locals know it is an illusion.

A Çorum local said, "It is good for Çorum to get worldwide recognition and all, but we all know that it is not the center of the word."

Some believe the center of the world is in Egypt where the pyramids were erected. Some say it is Mecca, while other strongly argue that it is definitely Jerusalem. In the end, the concept of "the center of the world" is now much more different than it once was. In the 21st century, being in the center of the world means being tagged on social media. If you want your small town to get world recognition, you do not need to erect a stone but instead simply start a hashtag on Twitter.