Istanbul's nightmare: A timeline of earthquakes that shook the city 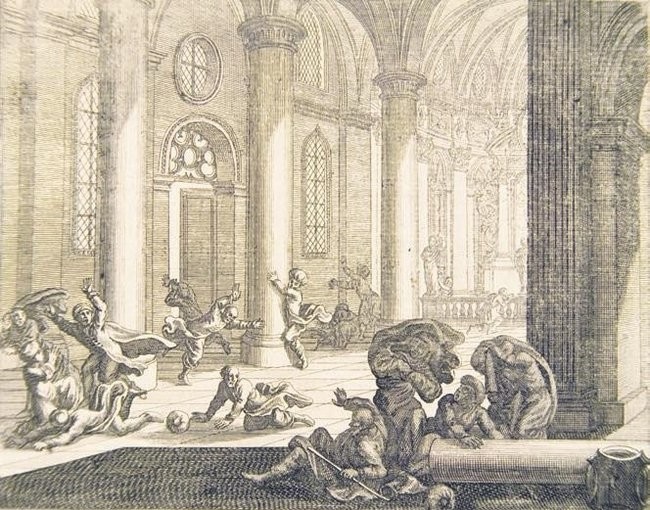 An artistu2019s rendering of people panicking during an earthquake that hit Istanbul in the 16th century.
by Erhan Afyoncu Sep 26, 2018 12:00 am

Located close to the biggest fault lines in Anatolia, Istanbul has always been under the danger if being hit by destructive earthquakes, which in the past have destroyed the city more than once

Research conducted over the years has shown that Istanbul was shaken by more than 500 great earthquakes since the day it was founded. While some of them were earthquakes that occurred due to the fault lines around the city and caused heavy damage, many of them were caused by fault lines in the Thrace and İzmit-Düzce regions and caused less destruction

Twenty years after Roman Emperor Constantine I, known as Constantine the Great, founded Constantinople (modern day Istanbul), an earthquake occurred east of the city in 342, but it did not cause much damage.

In the massive earthquake that occurred on March 11, 1231, the city and city walls were damaged. On June 1, 1296, seven years after the earthquake in 1289, which was not so massive, a big earthquake hit Istanbul in the night.

Historians write that Istanbul was leveled to the ground in this earthquake. Houses, palaces, churches and city walls were demolished. Floods occurred, and aftershocks continued for two months. The Byzantines lived through some scary days. Then Istanbul was hit by two successive earthquakes in January 1303. As the quake happened during the appointment of Athanasius I as the patriarch for the second time, word started going around by the religious men of the period who said that the patriarch did not have a benediction.

The first big earthquake in Istanbul when it came under the rule of the Ottoman Empire took place on Dec. 18, 1488. While the dome of the Fatih Mosque was demolished, different regions of the city were damaged as well. On Sept. 10, 1509, Istanbul was shaken by a big quake at 4 a.m. Before the people understood what was happening, the whole city was destroyed. According to experts, the earthquake in 1509 in Istanbul was the biggest one in the Eastern Mediterranean after the year 1000. It was felt in the area from Bolu province to Edirne province. It was called "Little Doomsday."

Another earthquake hit the city on the night of May 10, 1556. The Fatih Mosque, Hagia Sophia and city walls were damaged. After this earthquake, Istanbul did not experience an earthquake for 90 years.

Then on June 28, 1648, people in İzmit and Istanbul woke up with a shake in the morning. However, the epicenter was far so it did not damage Istanbul much. The city was shaken again by a quake on July 11, 1690. As it was not so massive, the damage in the city was not considerable. City walls, some wooden houses were demolished along with the Fatih Mosque. The earthquake that occurred during the morning prayers on May 25, 1719 was massive. The destruction area of the earthquake started from Düzce, reaching İzmit, Sapanca, Orhangazi, Karamürsel and Yalova. Yalova was hugely damaged by this quake. 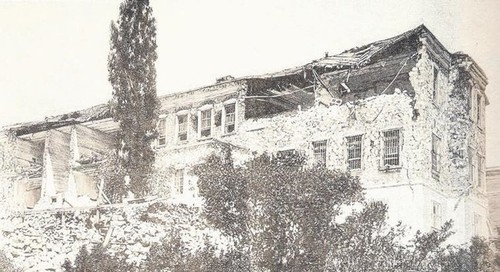 The earthquake of May 25, 1719 damaged Istanbul although not as much as İzmit. The city walls were considerably damaged. Some mosques and palaces were ruined. Forty mosques and 27 bastions were demolished. On July 30, 1752, an earthquake occurred and affected the region all the way till Bulgaria. While Edirne was highly damaged, Istanbul was not affected much by this shake. Then an earthquake hit Istanbul on the night of Sept. 2, 1754 but it did not cause much damage as it was not so massive. The dome of the Fatih and Bayezid Mosques were destroyed together with one of the bastions of Yedikule. The shake principally affected İzmit and its surroundings.

The second biggest earthquake in Istanbul, under the dominance of the Ottoman Empire, occurred on May 22, 1766. The shake, which started half an hour after sunrise on that day, was the third day of Qurban Bayram (or Eid al-Adha in Arabic). Scary noises were heard during the quake, and a two-minute-long shake followed them. Then, a less intense quake hit the city for four minutes. The aftershocks of this quake continued for eight minutes. On Aug. 5, another shake occurred. After the 1766 quake, Istanbul went for some years without any earthquakes.

Even though the earthquake in 1855 demolished Bursa province and affected Istanbul, it did not destroy the city much.

Istanbul was hit by a massive earthquake on July 10, 1894. This quake, which continued for 18 seconds was felt in three waves. It affected Adapazarı, İzmit, Gebze, Kartal, the Prince's Islands, Üsküdar, İstanbul, Büyükçekmece, Küçükçekmece, Çatalca, a part of the Marmara Sea, Bozburun, Yalova, Karamürsel and Sapanca.

The last big earthquake to affect Istanbul during the Ottoman period was the one in Şarköy-Mürefte, recorded at a magnitude of 7.3 on Aug. 9, 1912. It considerably damaged the south of Edirne destroying chimneys, telegraph poles and walls.