Trump and the reversal of globalization 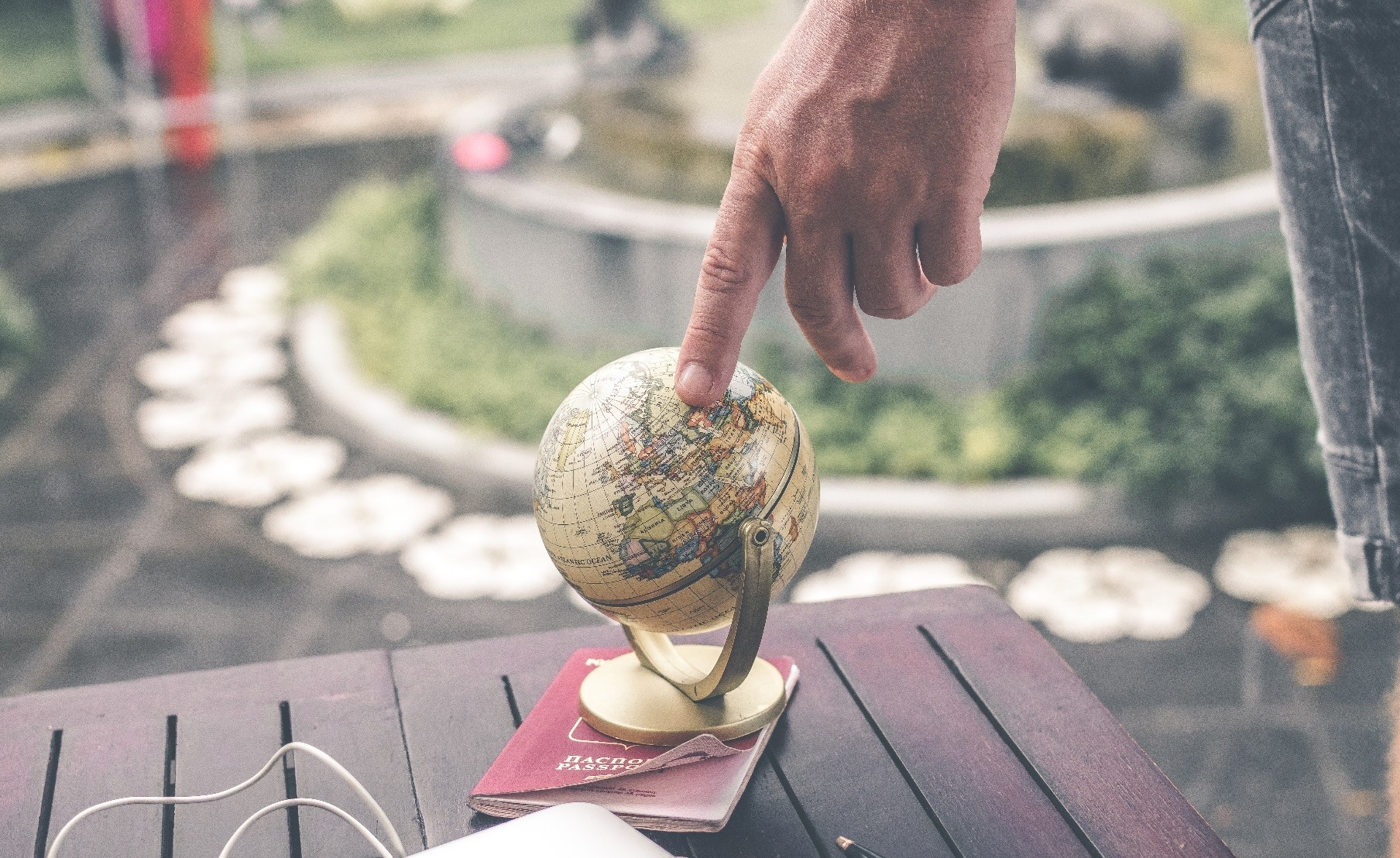 The world is such a small place when compared to a few decades ago. Now, it is easy to get your hands on a product that is produced in a faraway country or have a conversation with someone that sits across the world.
by Jane Louise Kandur
Oct 09, 2018 12:00 am

Many people are blaming Trump and his protectionist policies for a reversal of globalization. However, Brexit and the European elections in which right-wing candidates performed surprisingly and frighteningly well suggest that this trend of reverse globalization predates Trump

Globalization - the integration of economies, societies and cultures from different countries via technology, trade and politics, is a process that started long ago. Some experts date the start of globalization to the first egress of the first people from the first societies in Africa or Mesopotamia. By leaving their small insular communities, people brought new ideas, new tools or technology, and new fashion.

But globalization as we know it today actually started after the Industrial Revolution. Slowly, with the trade and exchange of technology and goods, barriers between countries and communities started to come down. In my lifetime, globalization has meant that today we can instantly know what is happening in countries at the other end of the world, we can phone and video-call people in the other hemisphere, and travel is much quicker and cheaper.

Our clothes may come from a Spanish chain store; the music we are listening to can come from Europe, the United States or the African continent. Perhaps our lunch comes from an American fast food joint, and the program we are watching was made in Brazil. The influx of Brussel sprouts, kiwi fruit, "Vashington" oranges and "Granny Smith" - a name that most Turkish vendors find impossible to pronounce - apples demonstrate that globalization has even hit our food producers.

If globalization is reversing, is this a good thing, or is it something that will hurt many countries in the world? That is, is globalization inherently good or damaging? Below, some of the positive and negative aspects of globalization are examined.

Globalization offers many good things. With globalization we have a wider set of choices. When my family first came to Turkey we were lucky if we could find a jar of Nescafe instant coffee. Today, there is a large variety of instant coffees, filter coffees, espresso... There were few clothing chains, and little choice. Often with lack of choice comes lack of quality. If people cannot pick and choose, they will be compelled to buy whatever is on offer. With greater choice, competition increases, and thus quality becomes an important factor in attracting customers.

There is greater choice - and not just in goods. There is greater exchange of information, allowing new ideas to be exchanged, and new services and technology can be easily introduced.

All of these factors help the economy. Goods are exported and imported, and jobs can be outsourced. Outsourcing helps employment in developing countries, where there is cheaper labor.

Communication is more rapid and transportation is better. People want to travel; they want to visit places they have heard about. People also travel for business and education. They can easily telephone (or Skype) relatives and friends in far-flung locations.

With greater communication there is a greater spread of knowledge. Not only do people learn about other countries and cultures, they know what is happening around the world. When I taught my first high school class in Turkey the students were given a map of the world and asked to put animals like kangaroos, polar bears and camels in the right region. More than one student - probably three-quarters of the class, put the polar bears in Africa and the kangaroos in South America. But today's Turkish students are well aware of different countries and cultures, and would not be tripped up by such an exercise.

And finally, due to all of the above, globalization promotes tolerance and progressive thinking. As we learn about other countries through television shows, films and music, through food and fashion, the barriers to the "other" come down in our minds. What would seem "odd" becomes normal, even desirable. Perhaps the most prevalent example of this is American "jeans." People in countries where such garments would have been odd 50 years ago, now take jeans as standard wear. On a wider scale, governments learn from other governments, adopting the best practices for their societies.

So globalization is a good thing, right?

Well, local ideas, customs, fashions, practices are pushed to the side-lines. As more and more people dress alike, eat alike, share the same ideas and attitude, consumerism increases. More and more people want to buy more and more of the same things. This in turn leads to the death of ethnic, local culture. People prefer to buy Brussel sprouts to local cabbage, Granny Smiths to Amasya apples. The local breeds die out, the local cuisine suffers, and local culture and heritage is under threat.

Small businesses lose out. The corner bakkal (Turkish for grocery store) is threatened by the hypermarket that opens around the corner. An example of this is how the Turkish textile industry was hit by the influx of cheap textiles from India and China. This has happened across the globe.

More insidious is the danger of pandemics. People travel more, and diseases are spread. Swine Flu, Avian Flu, SARS, Ebola and Zika... All these diseases easily spread across the world, due to increased travel and trade.

While outsourcing creates jobs in one region, it takes away jobs in another. The search for cheaper labor means that places with higher wages lose jobs. Again, the hit that the Turkish textile industry took is an example of this. The Turkish textile industry could not compete with the low prices that countries like India and China could offer. What often happens is that in developed and developing countries the rich get richer and the poor get poorer.

And herein lies the problem - as the rich get richer in Europe and the U.S. the poor get poorer - and thus the rise of populism, nationalism and right-wing rhetoric. The Rust Belt in America, the older, more conservative classes in the UK, the people wanting jobs for nationals, not for immigrants in Europe - all these led to election results that "surprised" us.

How ironic that the United Nations predicted that the forces of globalization could help to eradicate poverty in the 21st century. If you ask the down and out in Europe or America, they will most likely blame the international market for their predicament. Jobs going to foreigners... 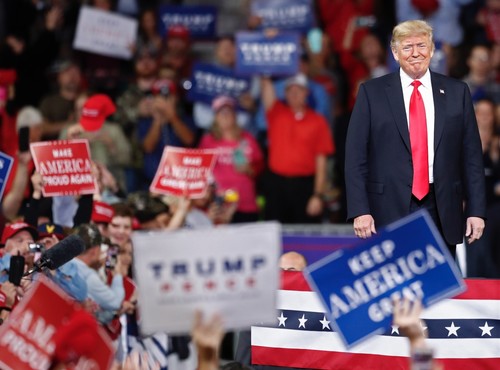 U.S. President Donald Trump smirks after speaking to supporters at a rally in Topeka, Kansas, Oct. 6.

Thus we found ourselves face-to-face with Brexit, European right-wing victories and Trump. According to a Brookings article written two years ago - immediately after Trump's election, "Trump's trade philosophy - which appears to be mostly based on the principle of squeezing partners to extract privileges - harks back to the first wave of globalization at the turn of the last century...That first huge wave in the global exchange of goods took place amid stiff barriers erected by imperial powers hell-bent on conquering new markets while protecting their own." This could lead to "hostile competition for political, economic and, in some cases, military dominance."

A 2016 article in MIT Technology Review said that if an iPhone were made in the U.S. out of components produced in the U.S., it would add $100 to its cost. Some companies produce everything in the U.S., but the steel and aluminium tariffs imposed by Trump - to hurt other countries - will directly affect these companies, as they will have to either buy more expensive foreign steel or more expensive domestic steel.

Add to the negative effect that Trump's anti-globalization policies have on the domestic market, the Brookings article also suggests that "we may see countries retaliate against U.S. protectionist policies." And, two years down the road, this is exactly what we are seeing.

Writing in the European Magazine, George Ritzer says: "Globalization is not a single process. There is globalization for virtually everything, including the economy, politics, culture, religion, science, health and medicine, education and sports. Further, there are profound differences within and between them in how, and the degree to which, they globalize."

So, despite Trump, Brexit and right-wing European politicians, globalization will probably continue. Trump cannot turn back time, and he cannot stand against the global trend on his own. He may find that his country will be left behind as globalization slowly adapts and changes to the new circumstances.

In response to aggressive protectionist policies globalization will have to take on a new hue. The barriers that are being erected may lead to local goods, local customs, local fashions coming back into favor; there is already a move to introduce local produce to the market again. None of this is bad, it just adds variety. Globalization will continue to be the way of the world, but the globalization of tomorrow may be more tempered with a local flavor. And Trump may find that the world does not wait for America anymore.