From battlefield to friendship: Ottoman-Hungarian relationship 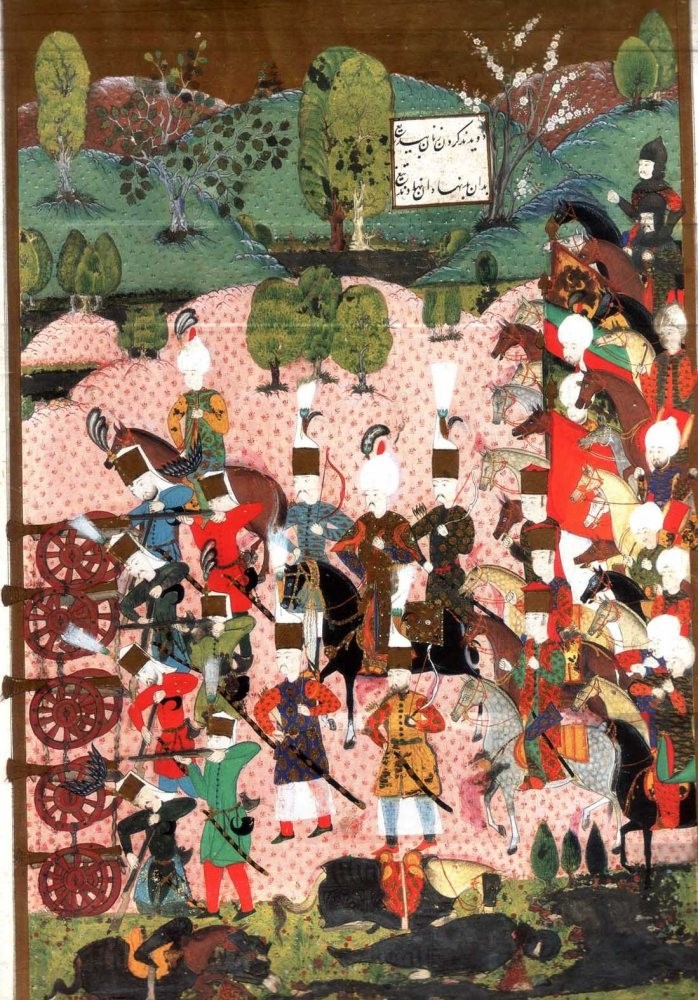 After the Battle of Kosovo in 1389, no force could penetrate the Balkan region in the south of the Danube, leaving the most powerful state in southeastern Europe, Hungary, unchallenged at the time.

In the following years, when the Ottomans laid siege to Constantinople, Europeans' decided that a crusade was in order. Sigismund of Luxembourg, the Hungarian emperor, strongly backed the idea of a crusade as the Ottomans advanced to the Danube and became a threat to Hungary. The Crusaders who entered Ottoman lands fought Ottoman forces in front of the fortress of Nicopolis on Sept. 25, 1396. After the Ottoman Empire's victory, the Hungarian king barely escaped with his life.

Following the battle, a power struggle commenced between Ottomans and Hungarians for the Balkans. The Hungarians defeated the Ottomans now and then; however, the Battle of Varna in 1444 was a milestone. After four years, at the Second Battle of Kosovo in 1448, Hungarians suffered a terrible defeat once again. The struggle for power continued in the reigns of Mehmed II, known as Mehmed the Conqueror, and Bayezid II, as well. Hungarians ruled Belgrade during this time. When Süleyman I, known as Süleyman the Magnificent, succeeded the throne, he immediately conquered Belgrade in 1512.

Then, he dealt the final blow in Mohacs in 1526, and the Hungarian kingdom became history. After this battle, never-ending wars erupted between the Ottoman Empire and Austria to determine who would rule Hungary.

The Ottoman Empire added the Hungarian land into its territory. Hungarian historian Kaldy Nagy, who has conducted extensive research on Hungary under Ottoman dominance between 1558 and 1560, reached an interesting conclusion when he analyzed the budget for those years.

The Ottomans, who collected taxes totaling 6 million akçe, the Ottoman currency, in Hungary between 1558 and 1560, spent 23 million akçe on the country in the same period.

Hungarians living in Austrian lands wanted help from the Ottoman Empire from time to time for breaking up riots here and there. When Merzifonlu Kara Mustafa Pasha ordered that Emeric Thököly de Kesmark, the leader of Protestant Hungarians, be provided help, the governor of Buda set aside part of central Hungary's land, then under Austrian control, and gave them to him. The Ottoman Empire recognized Emeric Thököly de Kesmark as the king of central Hungary.

The new Hungarian king then led a campaign to Austria; however, his failure at the Battle of Vienna in 1683 prevented Hungarian independence. After the loss in Vienna, Ottomans lost the Hungarian region.

Between 1715 and 1718, Ottomans helped Hungarian leader Francis II Rakoczi while they were fighting with Austria; however, the Hungarians ended up taking refuge in the Ottoman Empire when Austria defeated them again. Francis II Rakoczi took up residence in Tekirdağ province.

The Ottoman administration sent Joseph, the son of Racokzi, who took refuge in Ottoman lands during the 1736 and 1739 wars, to Vidin, making him the king of Transylvania. However, his death marked the end of the Ottoman plan to give refugee Hungarians their own region.

The 1848 revolutions caused chaos across Europe.

During the revolution, the rights that Hungary obtained came to an end. Hungary declared independence in 1849. Although Hungarians had successfully struggled against Austria, the direction of the war changed when Russian troops arrived in Hungarian territory.

Lajos Kossuth, who understood he had lost the war, went to Orşova (modern day Romania) and sent a letter demanding sanctuary from Sultan Abdülmecid. The sultan reiterated that the refugees were his guests, and he would sacrifice 50,000 of his own people if it meant protecting those who had taken refuge in his territory.

Because Kossuth was fleeing Austrian soldiers, he took refuge in the Ottoman Empire before receiving an answer from the sultan. The Hungarian leader and refugees were moved to Shumen after staying in Vidin for nearly two and a half months.

Kossuth and notables among the refugees were later sent to Kütahya province.

The Ottoman administration did not send Hungarian and Polish refugees back despite pressure from the Austrians and Russians to do so. Sultan Abdulmecid said, "I'd give my crown; I'd give my throne, but I would never hand over those who take refuge in my country." This charitable attitude and the empire's defensive role in protecting freedom and human rights won over hearts in the West, inspiring widespread empathy for the Ottoman Empire.

In fact, Kossuth went to the U.K. after leaving the Ottoman Empire.

He praised the Turks who protected him and refused to hand him over to his enemies in a speech he gave in the U.K.: "I owe my life and freedom to Turks, who saved me and my friends despite the threats and pressure of the Austrians and Russians. They did not heed the threats and stood behind their respect for human rights. The Turkish empire is a superior power in this respect. The existence of empire today and in the future is for the benefit of Europe and humanity. I will never forget this favor and the respect I received from Turks."