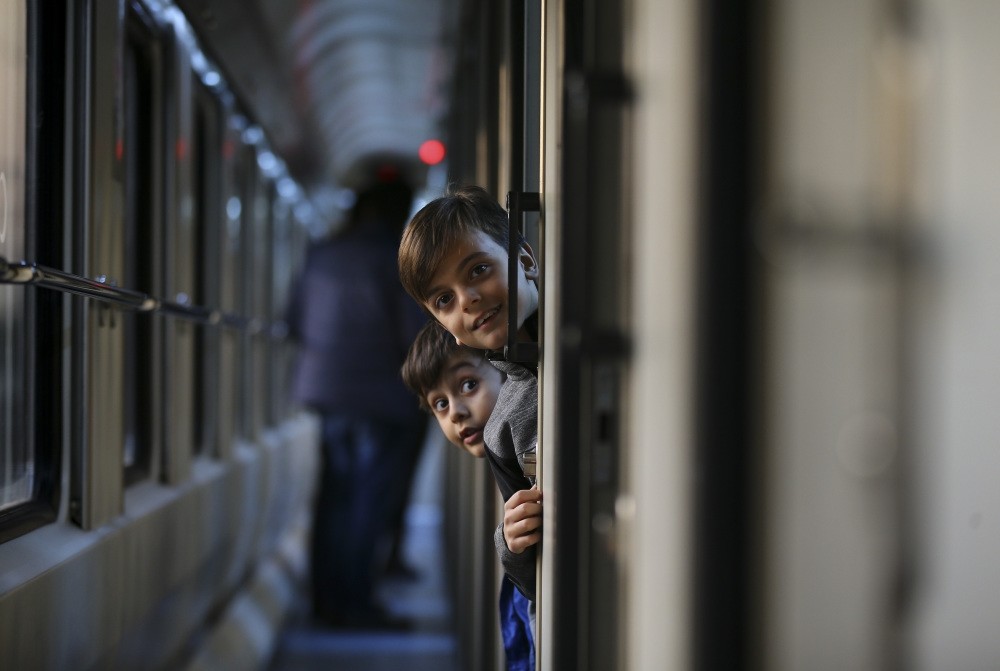 Diabetes is a disease that can afflict you at any age, even in childhood, but that hasn't stopped a group of diabetic children in Ankara from seeing the world. The children, along with their doctors and family, have formed a group where they travel together and explore Turkey and different countries abroad

Kids are supposed to run wild in nature, spend their time with peers in parks and simply enjoy life before the responsibilities of adulthood they will eventually have to bear. However, not all kids are lucky enough to live their childhood as they should. Some children start battling with illnesses at a very early age, preventing them from being with their peers and enjoying life during their youth.

To lighten up the spirit of children who are being treated for diabetes, a doctor from Ankara took the children and their families on a cultural tour on the famous Eastern Express.

Associate professor Dr. Ergun Çetinkaya, who is specialized in pediatrics and child endocrinology, organized a trip from Ankara to Kars on the Eastern Express yesterday, on World Diabetes Day, to raise awareness about the disease and the needs of children who are afflicted with it.

As a part of the tour, a group of 25 people including doctors, children and their parents started from the Ankara Train Station and arrived at Kars yesterday. On the way, the group found a chance to enjoy the serenity of the scenery as well as the historical and cultural riches of Kars and the surrounding provinces. 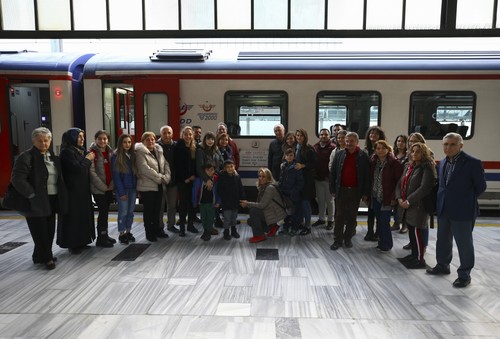 Dr. Ergun Çetinkaya, his patients and their parents pose at Ankara Train Station before setting off for Kars on the Eastern Express.

Dr. Çetinkaya has been treating some of the children for 10 years. He believed that a journey to the eastern part of Turkey on the much-desired Eastern Express was a way to raise the spirits of childrenas well as their parents, who spend most of their time worrying about their kids.

"Our aim is to help diabetic children and their parents get to know each other and understand the fact that this disease can happen to anyone and they are not the only ones that suffer from it. It is important for both the children and their parents to accept the disease and take it under control as well as their blood sugar. They have to accept it and learn to live with it," said Çetinkaya.

Although the Eastern Express tour has been the group's first trip to the east, the children and their parents led by Çetinkaya previously traveled to Beypazarı in Eskişehir, as well as the Black Sea Region's Ordu and Giresun.

However, to boost the morale of the children and their parents, Çetinkaya listens to the wishes of the diabetic children as well. "They begged for me to go to abroad to discover other countries. We first went to Paris. After we saw that it was manageable, we traveled to Italy, Dubai, Turkish Cyprus and Georgia. Every year, we set a new course for our travels," Çetinkaya added. 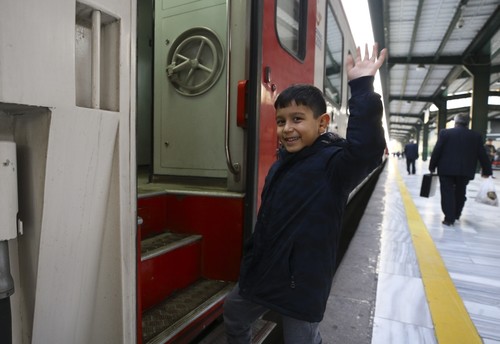 Eleven-year-old diabetes patient Hazal Naz Baca is one of the children that participated in the tour, she said was extremely excited to go to Kars as it would be her first time.

Little Hazal was diagnosed with diabetes last year but managed to get the disease under control by taking her medication and shots on time.

Sixteen-year-old Fatma Sude Çelebi, on the other hand, was diagnosed at the very early age of five. Her morale and belief that she could control the disease with a stable lifestyle helped her to get through hard times.

"The most important thing is to accept diabetes and learn to live with it. I consider it not as a disease but a friend that I have to live with. With years of experience, I finally managed to get the disease under control. During these trips, I see people like me who are battling with this disease and feel like I am not alone. We check our blood sugar together. Apart from the tours, we also go to live concerts and theater."

Eastern Express as popular as ever

In the last few years, the long forgotten Eastern Express, which operates between Ankara and Kars via provinces such as Kayseri, Sivas, Erzincan and Erzurum, has been a popular mode of transport for those who want to take a trip to beautiful eastern Anatolia. The popularity of the express spiked when young travelers shared amazing photos from the train as well as the route that the trained followed.

The Eastern Express features seated coaches, couchette coaches and sleeping coaches with toilets, a minibar and a table. It takes more than 24 hours for the train to arrive at its destination. The demand for booking is high, especially once the snow falls; it is hard to find seats. In 2017, some 319,202 people took the Eastern Express from Ankara to Kars.