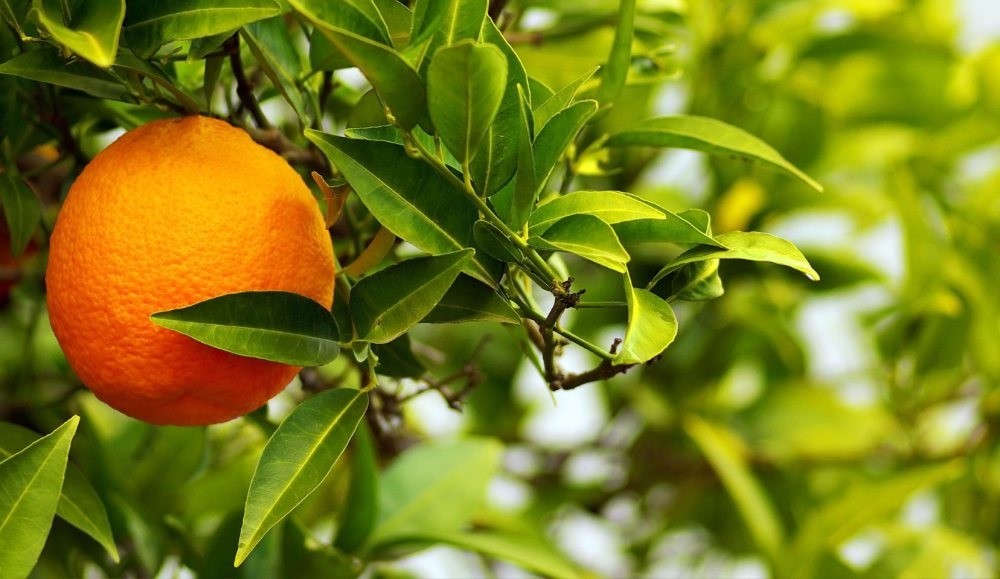 Marmalade is more than a breakfast spread for your toast. The history of this jam stretches back over ancient trade routes and involves shipwrecks, controversy and sweet bears from Peru

As winter looms, the time to consider making marmalade approaches. For the British, marmalade season is late winter to early spring, when Seville oranges finally arrive in British grocers. But here in Turkey, those who want to make this jam from bitter orange, the wait is over.

Marmalade can be made with a mixture of oranges, lemons and grapefruit; however, for traditionalists it should only be made with bitter orange. For years, friends and family have lamented that the "Seville" orange is unavailable in Turkey. It was only recently that we discovered that the Seville orange is what the Turks call "turunç," a fruit tree abundant in Antalya and other Mediterranean cities, and very few people use the fruit for anything other than decoration. 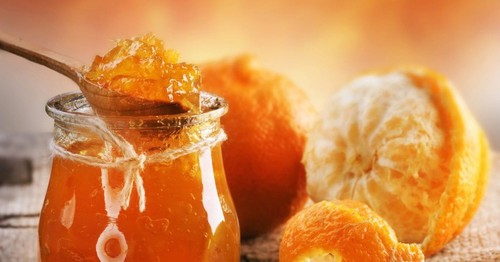 The fruit of the turunç - bitter orange (Citrus aurantium) - is ready and hanging from the trees all along the Mediterranean. Bitter orange, in fact, is considered a decorative tree in cities like Antalya, and the fruit is not really used by the locals. The turunç is a tree used as a basis for grafting other citrus trees to, thus making edible fruit.

Without processing, bitter orange is not edible. But when made into jam, they offer a distinct flavor that the British love. Non-Brits are often puzzled by this love for the bitter marmalade. I once gifted a jar of hard-earned marmalade to a Turkish relative. She rang me a week later telling me proudly how she had made it "edible" by adding a load of sugar to it. That was the last time I gave anyone marmalade without asking them if they actually knew what it was and actually liked it.

Bitter orange is neither native to Seville nor to Antalya. Originally, the bitter orange came from China. In China, the tree is considered lucky; when the tree was brought to Spain by Genoese sailors, its fortunate reputation followed it. As a result, the Moors planted extensive bitter orange groves throughout Spain.

The beautiful scent emanating from the bitter orange flower, called "azahar" by the Moors, led to attempts to make Seville a center for perfume production. Today, azahar is still widely used in making perfumes and is still derived from bitter orange.

Although today, components of bitter orange trees are used in perfume, alcoholic drinks and jam, originally they were used exclusively for medicinal purposes. In fact, recently the medicinal character of the bitter oranges has come to the fore once again.

The peel, flower, leaf, fruit and juice of the bitter orange tree can all be used for medical purposes. Bitter orange oil is produced from the peel and flower. This extract is used in weight loss or to calm nausea and also as an exercise/sport performance enhancer. Bitter orange contains synephrine, which is similar to ephedra. Bitter orange has actually been banned by the National Collegiate Athletic Association (NCAA).

There are a number of different chemicals that occur naturally in the bitter orange which directly affect the nervous system. These can also increase blood pressure and heart rate. As ephedra has been banned by other bodies, including the U.S. Food and Drug Administration (FDA), due to the serious side effects it has on the heart, mixtures based on bitter orange should be taken with care. And there are many weight loss and bodybuilding products that still contain bitter orange.

Despite its negative effects on the heart, bitter orange has proven to be effective on skin in the treatment of fungal skin infections. Also, the flowers are used in aromatherapy and its leaves and peel have long been used in China to treat digestive problems.

I was fascinated to find out that a close cousin the bitter orange is the bergamot orange, which flavors Earl Gray tea. I had always assumed that bergamot was a flower or leafy plant. However, bergamot is actually a citrus fruit; for those who have not tried bergamot jam, it is almost as good as marmalade. Almost.

Almost because marmalade for a Brit is often emotionally charged. It is more than a jam. It is a must for a British breakfast. Growing up in the American Midwest, making marmalade every winter was a family enterprise. Every February, we would purchase grapefruit, lemons and oranges. We would gather on a Sunday morning around the kitchen table. My task was cutting the fruit in half, while my brothers would be in charge of squeezing the juice. My father would clean the peel and slice it, thin or thick, according to the whims of my mother that particular year. She would weigh the juice, get the sugar ready, sterilize the jars and basically oversee the actual cooking. And by the end of the day we would not only have enough marmalade to last us another year, we would also have a kitchen that was full of a heavenly scent.

Why would my parents go to such trouble for a jam of bitter citrus peel? Because it was part of their upbringing, and because it is something that is inherently British. Paddington Bear, the quintessentially British bear, despite his Peruvian origins, cannot live without his marmalade. And nor can many British people. It is what makes toast worth eating.

How did a jam made of a fruit that does not even grow on the British Isles come to be so close to Brits hearts? There is a story that marmalade was invented by the mother - or some say wife - of one James Keiller. Keiller was a local merchant who was fortunate enough to be able to purchase a shipload of Seville oranges that had to be sold off cheap when the vessel carrying the fruit was badly damaged in a storm. Keiller ran a shop that produced jam in Dundee, and Mrs. Keiller is said to have taken the fruit he purchased and made the first marmalade. It is true that by 1797, Keiller had established the first marmalade factory. And Keiller and Sons still make marmalade today.

However, as is usually the case, the story is not actually true. There are recipes for Marmelet of Oranges that date from the late 17th century. The origins of British marmalade are thought to go even further back. In fact, Romans made a fruit preserve or jam. This was made from quince and honey, and was called marmelo. In the late 15th century, a Portuguese version came to London. And there are others who claim that the Tudors made a marmalade. That is, marmalade was first made in England, not Scotland, and it is England that is the actual "home" of marmalade.

As most things British, marmalade has had its controversies. In addition to the heated arguments over "thick cut" or "thin cut," or preferences about whether to use white sugar, demerara sugar or treacle to sweeten the marmalade, there is the Robertson's golliwog controversy. For nearly a century the golliwog - a soft doll with bright clothes, a black face, and fuzzy hair - was so closely identified with marmalade that even I, essentially an American Midwestern child, exclaimed "it's a marmalade doll!" when my grandmother gave me a golliwog - my mother made sure that the doll quickly disappeared, never to be found again. It would not have gone down well in the liberal politically correct environment in which we were living. Despite protests and complaints from the 1970s on, it wasn't until the 2000s that customers finally convinced Robinson's to lose the golliwog as their mascot. Today, the golliwog character has become - thankfully - a thing of the past.

Marmalade is a part of British life. And it reflects British life, with its controversies over racism and nationalism, with its close identification to a beloved literary bear, and to the fact that at the end of the day, there is nothing really British about it. It is made from a fruit that comes from foreign lands. But there is no denying that a breakfast where marmalade is available is a much more pleasant affair. Maybe it is due to the chemicals inherent in bitter orange that affect the brain, causing our hearts to beat faster. With fewer young people enjoying marmalade today, perhaps for many eating their morning marmalade is just a taste of childhood, a nostalgic twinge of the past. But whatever the reason, be it nostalgia or increased heart rate, marmalade will remain a favorite and staple part of the British breakfast. And now that we are aware that the Seville bitter orange grows in abundance in Antalya, marmalade production will probably increase in our family. The process of slicing, juicing, cutting and cooking is one that brings the family together, and the resulting sticky, bittersweet spread is one that we will continue to enjoy.