Streets are the newsrooms of Istanbul's night reporters 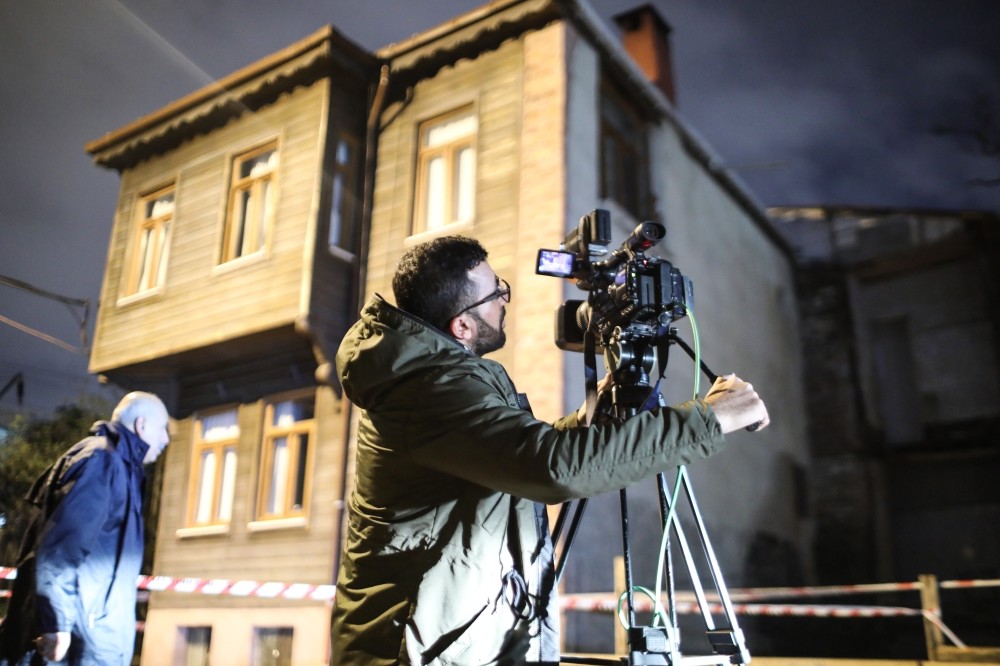 When everybody falls asleep, the night belongs to the reporters who work on the streets of Istanbul, tackling the unexpected until the first light of day

Istanbul's nighttime reporters, who start their shift when the whole city sleeps and report the events of the night before anyone else, experience the rush of delivering news to people accurately and quickly.

Reporters who often witness the night of the city together with security forces and firefighters are often the first to respond to the scene.

For the nighttime reporters of Istanbul, who sometimes witness huge fires, traffic accidents, murders or terrorist attacks, the moment the event announcement is heard on the radio, friendship is replaced by competition. All of them try to perform their duties to the best of their abilities even in adverse conditions.

Reporters who may be faced with harsh reactions from those who see their cameras in some hot events are trying to fulfill their duties despite the fact that they are saddened by the events. Staying up all night till the crack of dawn in a city that lives 24/7, nighttime reporters do their job with excitement and pleasure in spite of everything.

Anadolu Agency (AA) correspondent Mehmet Ali Derdiyok, who has been doing this job in Istanbul for many years, shared his experiences about the profession. Derdiyok stated that they encounter bad outcomes in the events they respond to, recalling that he witnessed many tragic events during his career and that they have to do their job even under spine-chilling circumstances.

"People sometimes perceive us as bad people when we try to capture their suffering. Events hurt us too, but this is our job. We have to bring news to people," he added.

Demirören News Agency (DHA) reporter Ozan Ural said that he has been working at DHA for about eight years, and that five or six news agencies or papers have reporters working in Istanbul at night.

"We are normally friends with the other reporters. We wait for the news at the same place, we eat together, but when we hear the announcement on the radio, our competition outpaces our friendship. We try to get to the scene before the others, after taking photos and videos and writing the story, we strive to send it to the newsroom," Ural said.

DHA reporter Ertan Kılıç said that he has been working as a nighttime reporter for almost a year.

"After people start going back home, we see Istanbul for what it is. Because Istanbul is in its purest and simplest state at night. The most important aspect of our job is to listen to the police and fire department's radio," Kılıç continued. "People sometimes say, 'How do you get to the scene before the police or fire department?' Because our eyes are on the road, and we listen to the codes to be heard on the radio. When we hear these codes, we try to get to the scene first. A race against time begins. The nature of journalism is to be the first to respond to the scene and to simply transfer the moment of the event to the people. And we do this by listening to the police radio properly."

İhlas News Agency (İHA) reporter Selim Bayraktar said that he also has been working as a nighttime reporter for almost a year. "We say 'good morning' to a night when people are happily asleep and set out. When people go home to rest at night, you come to work. People go to work when you are on your way home to rest," Bayraktar said. "There are 39 districts in Istanbul. For a moment, you do not know where to go. One day you are in Fatih, and the next you are in Silivri, it does not matter."

İHA correspondent Aydemir Bayraktar stressed that in a week or even in a few days, they can see things a person cannot see in a lifetime. "For example, we are currently at the consulate of Saudi Arabia, a minute later we can go to a fire in Esenyurt or in any other district. It is not clear where we will be. That is why I like this job," Bayraktar noted. Sabah newspaper reporter Barış Savaş said that their work can be considered as fun, but they can face many dangers from time to time.

"People normally hear news when they watch it on TV or read it in a newspaper. But when things happen to them personally and they see the cameras when we get there, they react very hard. They lose themselves and even sometimes attack us. Of course, we are doing a difficult job," Savaş said, stressing that in doing this job, they are trying not to reflect this negativity to their family and institutions.