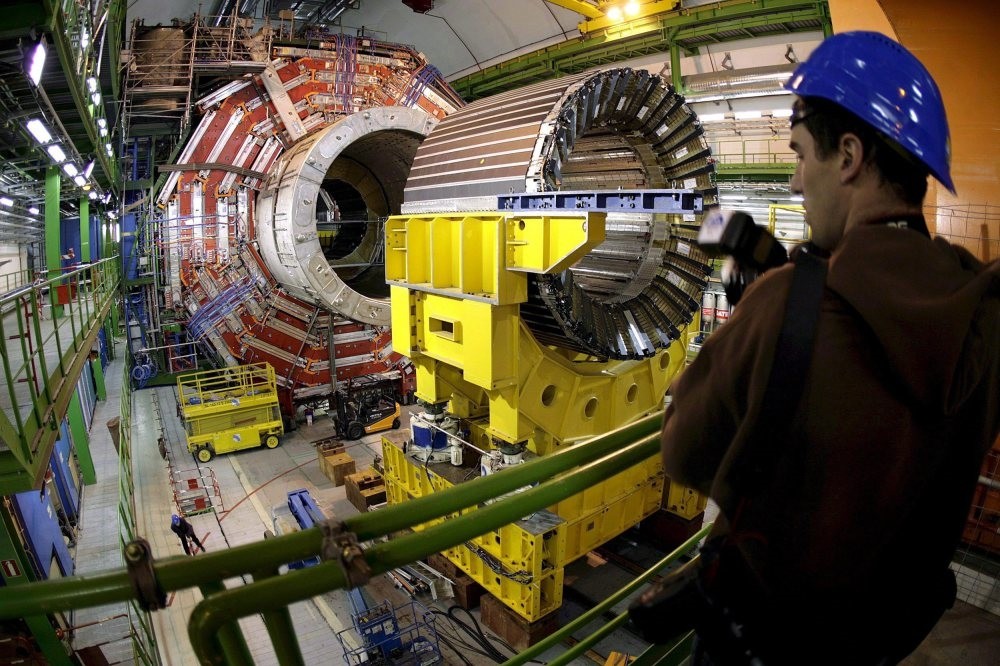 Academics, scientists and tech companies in Turkey have joined forces to be a part of CERN's newest project to replace the Large Hadron Collider. If they succeed, Turkey will become a part of one of the biggest scientific experiments in history

Turkish academics who have assumed the task of developing the "vacuum chamber" in the Future Circular Collider (FCC), which is predicted to eventually replace the Large Hadron Collider (LHC), widely considered to be "the experiment of the century," have started to collaborate with Turkey's leading technology companies.

The share of the tenders that Turkish companies take from the European Organization for Nuclear Research, known as CERN (the organization responsible for this research), will increase if the prototype of the vacuum chamber, where bundles of electron-positrons move at approximately the speed of light, is completed. 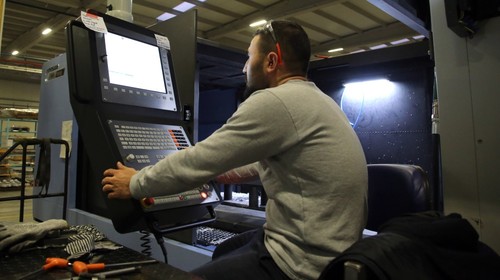 Academics from Ege University and ‹zmir University of Economics are working on the "vacuum chamber" in the Future Circular Collider.

CERN began the FCC project, needing to continue the experiments in a larger collider than the LHC, to solve scientific mysteries such as dark energy and dark matter in the basic units of matter.

It is planned that the FCC, which is to be installed with more advanced technology than the 26.7-kilometer-long LHC, where the current experiments are made, will be 100-kilometers long and 200-300 meters below the ground. The collision of electron and positron bundles is expected to be performed at the FCC in the 2030s.

The development of the prototype of the vacuum chamber, which is the most important part of the project, was given by CERN to a team comprising of academics from İzmir University of Economics (İEU) and Ege University (EU) in October.

The joint work that will be conducted by academics and industrialists for the project, where the talents of Turkish technology companies will be used, began with a meeting at the HMS Machine production facilities in Manisa province under the organization of the Union of Chambers and Commodity Exchanges of Turkey (TOBB) CERN Industry Liaison Office.

The İEU head of the Physics Department, professor Abbas Kenan Çiftçi, associate professor Rena Çiftçi from the EU Nuclear Physics Department and representatives of five Turkish companies that have proven themselves in CERN tenders came together at the meeting.

Leading the project, professor Abbas Kenan Çiftçi told Anadolu Agency (AA) that they will transfer a new technology from CERN to cover the inner walls of the vacuum chamber of the prototype, which they predict will be complete in three years, and the prototype will be tested in Switzerland and Japan after the work of the Turkish engineers is complete. Çiftçi said that it will go into the CERN inventory later.

Stating that physicists from Turkey have never taken place in an engineering project to date, although they have worked on CERN experiments, Çiftçi said, "We will try to make the prototype of the vacuum chamber, the most expensive part of the FCC, with Turkey's engineers and industrialists. When we manage to do that, we will have had some kind of reference. Turkish companies will be able to participate in the tenders for the construction of a 100-kilometer-long collider and to say that they can do it."

TOBB Presidential Special Counselor and CERN Turkey Industrial Liaison Officer Hakan Kızıltoprak reported that the stars of Turkey at CERN came together, and they will conduct a special project for the country with the support of the state.

Kızıltoprak remarked that 173 Turkish academics from more than 30 universities took part in the current collider at CERN and drew attention to the fact that more than 20 companies have won more than nearly $4 million in 30 tenders and provided a supply of parts to CERN since 2015. Noting that the contribution of Turkey to "the world's largest experiment" doubles every year, and an important threshold was passed with the FCC project, Kızıltoprak said: "In the 60-year-old CERN, we have reached an important point in only three years. Our companies managed this in the process of learning. At the moment, we have 1,900 companies registered at the TOBB CERN Industry Liaison Office and at the upper-crust of technology. Hopefully, we will improve our performance and win more tenders. In this way we show how Turkey gives importance to this work and how they work in a determined fashion. CERN's giving us the FCC project

is a symbol of the trust in our scientists and industrialists. Turkey managed this as an associate member at CERN. Our goal now is to become a full member in 2020 with our strengthening academic and industrial infrastructure." HMS Machine General Director Aziz Meydan stressed that they did not bid for the CERN tenders to get money and said, "We want to show our flag in a place where many nations are together and reveal that our country is on that platform. The value of this job cannot be assessed by money."

Emir Örer, the sales representative at Albaksan Copper Alloy Inc., which produces the cooling discs and various processed parts for the LHC experiment, highlighted that they will be able to have a chance to get the jobs that they have previously missed and European companies have taken thanks to the FCC.

Örer pointed out that Turkish companies have reached a point where that are not simply learning from these projects but also teaching others. "The works that we performed for CERN has affected our self-esteem very positively. We learn new things. However, we also teach sometimes. People at CERN give us some feedback, telling us a job will be more appropriate in the way we have suggested. This makes us happy emotionally," he said.