Add spice to your life with Turkey's unique selection of seasonings 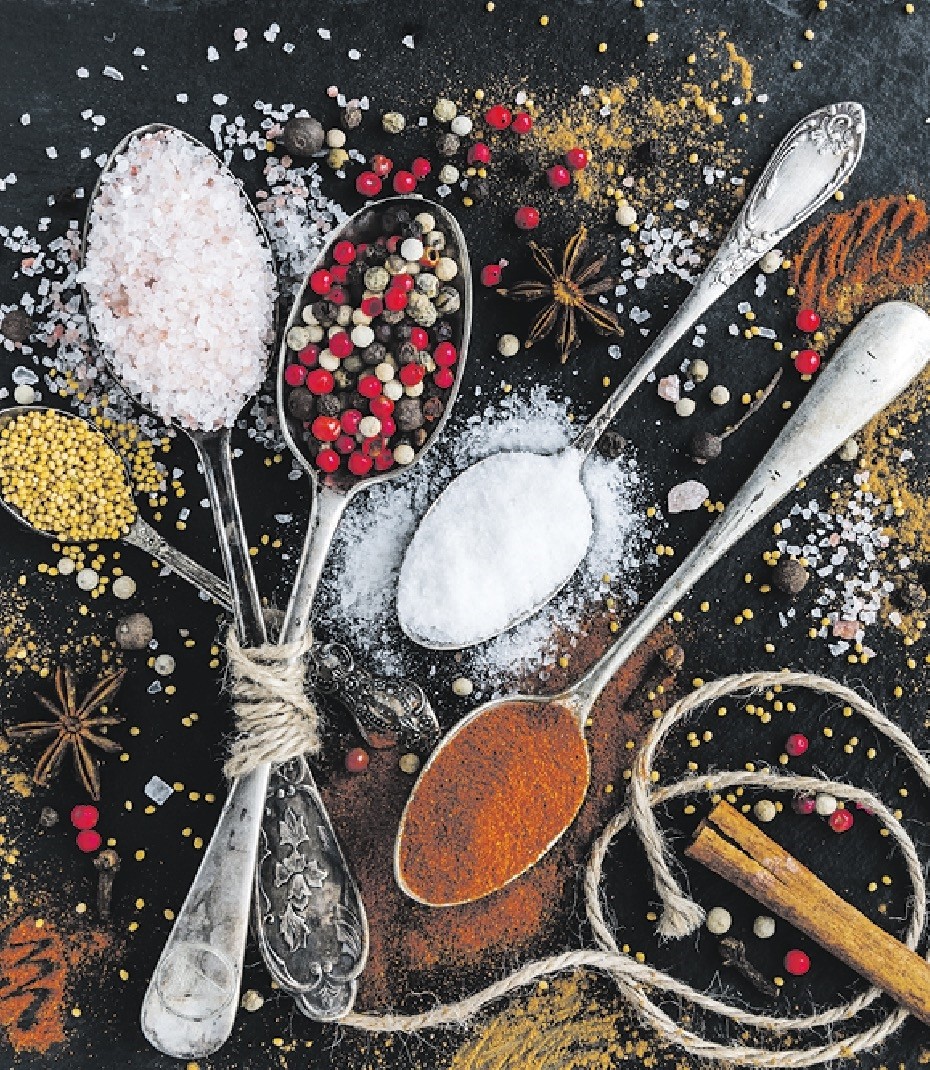 Spices are important ingredients in Turkish cuisine that add unique flavors which everybody loves.
by Mindy Yartaşı Jan 02, 2019 12:00 am

We all know hundreds of uses for a hearty dash of oregano or cinnamon but if you're looking to add some extra zing to your dishes, regional spices popular in Turkish cuisine may be the perfect choice to freshen up your menu

I was admittedly stuck in a spice rut before I moved to Istanbul. For someone religiously committed to commonly used Western spices like oregano, cumin, basil and if I was feeling really wild, sage, walking into Eminönü's famous 17th century Spice Bazaar, brimming with mounds of colorful scents and textures, for the first time was a bit overwhelming.

After the initial shock, I found myself wanting to sink my hands into each to grab handfuls of the rainbow, feel the textures and revel in their distinct aromas. Understandably, the shopkeepers rejected my requests for tactile exploration, so I resorted to experiencing them from afar. All in all, the experience was still wonderful but left me wondering how to use many of the unfamiliar flakes, tiny seeds and fragrant powders in my own cooking. Turkish cuisine uses a wide variety of spices on a daily basis. Though you are probably familiar with add-ins popular worldwide, there are others primarily used and produced in this region that could help take your dishes to another level. Here are some relatively region-specific selections you will definitely come across while in Turkey that are worth adding to your go-to list. 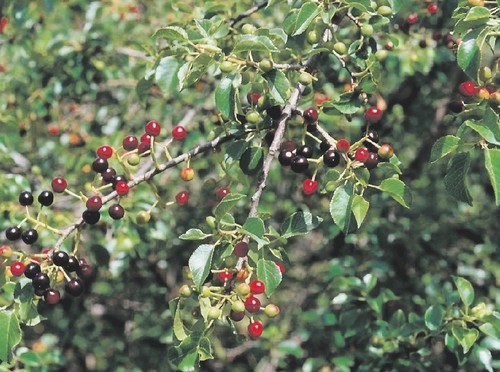 Mahaleb cherry trees grow abundantly in the Mediterranean region, southeastern Europe and East Asia. The name is derived from the Arabic word "halib," meaning "milk," perhaps because of their milk-white flowers. The fruit of the trees is quite sour but edible. The cherries' pits are cracked to extract the seeds' kernels, which measure around 5 millimeters in diameter. When harvested, the white kernels are soft and chewy, but are usually dried and ground into powder for use in baking. Used for centuries, mahaleb, or mahlep in Turkish, lends a light almond-like flavor to recipes and is often an ingredient in bread, cakes, cheese and cookies. This spice not only provides a pleasant flavor, but also has anti-inflammatory, sedative and tension-relieving qualities.

Use of this spice made from the root-like stem of its namesake plant dates back more than 4,000 years. Thanks to its beautiful orange hue, it is also known as Indian saffron and in Turkish, zerdeçal. Turmeric has gained a lot of popularity recently thanks to the substance that gives it its spectacular color: curcumin. Studies suggest that curcumin possesses anti-inflammatory properties that rival ibuprofen. It also contains antioxidants that protect healthy cells, particularly in the colon, from cancer-causing agents. These same antioxidants also help the body destroy mutated cancer cells before they can spread. Researchers recommend consuming at least 500 milligrams, equal to about 2.5 teaspoons, a day to fully benefit from the spice's healing qualities. Turmeric has a slightly sour, oniony flavor that lends itself well to almost every savory dish or salad. 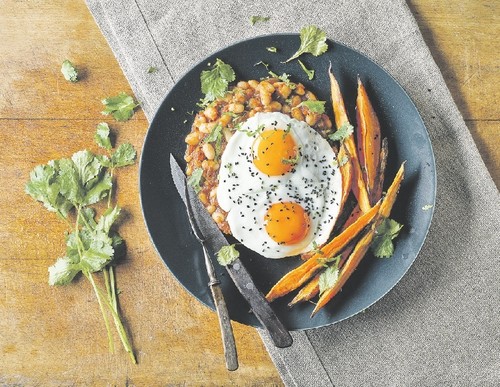 If there was ever a spice or seed that deserved royal status, nigella seeds, also known as kalonji or in Turkish, çörek otu, would fit the bill. One of the oldest-known spices, archaeologists have found traces of them in Tutankhamen's tomb as well as in Hittite sites that date back to the second century B.C. The seeds are also mentioned in the Bible's Old Testament. In fact, Prophet Muhammad is believed to have proclaimed that they could cure "anything but death." Luckily for us, the ancient wisdom about this spice was accurate. Scientists have discovered that they are packed with antioxidants that may help fight cancer, cholesterol, inflammation, aid in blood sugar regulation and heal ulcers.

Wild versions of nigella grow in Turkey, Syria and northern Iraq, which are also believed to be the places the seeds were first consumed. Still widely used in the plant's native countries, the seeds are also frequently used in Indian, South Asian and Middle Eastern cuisines. An annual plant whose delicate blue or white flowers bloom in July, nigella produces large seed capsules that mature in September and contain small, pear-shaped white seeds that turn black when exposed to oxygen. The capsules are gathered before they burst, dried and gently crushed to collect the seeds from within. Featuring a pungent flavor with hints of black pepper, onion and oregano, the tiny black seeds are often used in or sprinkled on savory baked goods, yogurt, salads and cheeses.

Sumac is a tangy, lemon-flavored purple powder made from the dried, ground berries of a bush from its namesake family that consists of a rather mixed group of shrubs and trees. In fact, some varieties of sumac are actually poisonous or can give you itchy rashes – of course, not the variety on store shelves. The sumac from which this spice is made, the Rhus coriaria plant, is from the cashew family and native to the areas around the Mediterranean and other temperate and subtropical climates. It produces bunches of deep red berries that are dried and ground into a coarse powder. This spice is very high in antioxidants and a great addition to anti-inflammatory diets, which are known to ward off illnesses like coronary heart disease. It is also beneficial for diabetes patients, lowering patients with Type 2 diabetes' risk of cardiovascular disease. This spice is generally sprinkled over dishes or salads before serving and pairs well with vegetables, grilled lamb, chicken, fish and hummus.

Only grown in Şanlıurfa province of southeast Turkey, this spice is a labor of love and a cherished tradition for the province's locals. Called "isot" in Turkish, the name originates from its description "ısı otu," which literally translates to "herb that heats" in English. To make the spice, Urfa chili peppers are left to fully ripen to a bright red before being handpicked. After the harvest, the stems are removed, and the seeds set aside to be dried for next year's crop. The fresh peppers are then laid out on the flat roofs of local houses to dry. Once dry, they are packed in plastic bags to "sweat" on the roofs in the region's hot sun.

Every day, the peppers are mixed and repacked in clean bags until they turn into the spice's famous deep maroon color. This process helps the skins adhere to the fleshy interior, preserving the natural oils in the skin and lending a nice smoky undertone. The bags are emptied, and the peppers are laid out for a final stint of drying on the roofs. They are then traditionally packed in canvas bags and beaten with a large wooden mallet to reduce them to tiny flakes, a labor-intensive method the locals claim makes the spice's texture and flavor richer than machine processing. Salt and a dash of olive oil are added, lending it its unique damp, sticky texture.

On average, it takes 12-15 kilograms of fresh peppers to make 1 kilogram of the dried spice. An essential part of Urfa's cuisine, the average local family of four consumes 18-20 kilograms annually. Unlike its scorching cousin, red pepper flakes, this spice has a slight heat and a rich smoky, sweet, raisin-like flavor that can be added to recipes or sprinkled on dishes before serving. 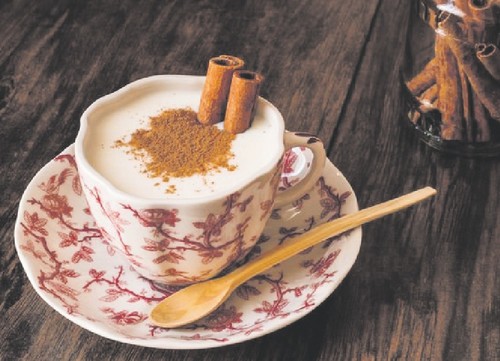 It is almost impossible to get through winter in Turkey without drinking a warm, comforting glass of salep. This drink's main ingredient is a starchy flour made from the dried, ground tubers of various old-world orchids. The spice has been used to make beverages and desserts like ice cream for centuries, especially in places once part of the Ottoman Empire.

Tubers of the flowers are harvested, washed, boiled, dried and finally ground into a flour that is also traditionally used as medicine.

Not only a tasty treat, salep is also great in winter because it contains glucomannan, a substance believed to help with respiratory problems like bronchitis, sore throats and coughs. The orchids needed for the spice are native almost everywhere in Turkey.

Sadly, due to overharvesting, some varieties are now facing extinction in the wild. In total, around 1,000 orchid tubers are needed to make 1 kilogram of flour. Nowadays, many of the orchid varieties can be commercially cultivated and are grown specifically to be harvested annually.