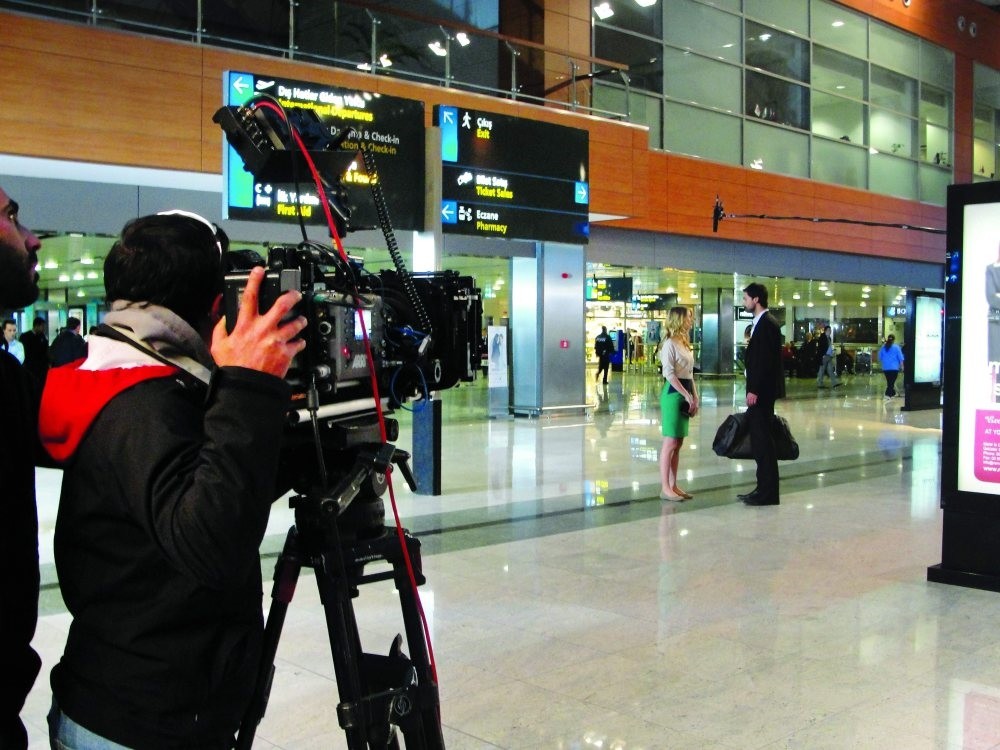 The outstanding success of Turkish TV series around the world has helped the entertainment sector win big but apart from the financial revenue of this popularity, these TV series also contribute to Turkey's name-branding abroad

The interest in Turkish television series is a recent development compared to its international competition, as the geography of its audience expands beyond the anticipated capacity, crossing borders from Latin America to Asia.

Now, more than 100 countries, including countries in Europe and North America consume about 150 Turkish TV series. The market for these series produces more than $350 million worth of export revenue for Turkey and this figure does not even include difficult to estimate film-induced tourism revenue. However, in my opinion, the TV series' real contribution is not economic but geopolitical. The series' overlooked contribution to Turkey's name-branding abroad helps to construct geopolitical imagination both domestically and internationally. Geopolitical imagination is shaped based on what is consumed in the name of entertainment and pleasure.

An example of this is the portrayal of the United States' involvement in Vietnam in Hollywood war movies. The U.S. entertainment sector was successful in changing the perception of most of the public so that the reality of their devastating defeat was partially hidden. The same industry used a set of entertainment structures to negatively shape Turkey's international image. Turkey's international image suffered excessively from the unfavorable portrayal in Billy Hayes' 1978 movie "Midnight Express." Therefore, it is important that Turkey's international entertainment exports be not only evaluated for their economic contribution to the country but also for their contribution to the world's geopolitical imagination of Turkey. In this sense, I argue that Turkish TV series should be reexamined not only for their financial return but also for their capacity to construct the nation's narrative.

Turkish cinema initially crossed geographic and cultural borders in the mid-2000s. Specifically, Valley of the Wolves-Iraq (2006) and Valley of the Wolves-Palestine (2011), a movie series based on a television series of the same name, created a progression of international turbulence by shaking long-held geographical imaginations of the Middle East and Turkey. Prior to this cinema genre, western-oriented geopolitical discourse dominated the Middle East and Turkey inside the cinema halls. This movie series challenged the post-9/11 Hollywood-made geopolitical discourses and disputed the war on terror films and series that implied Muslims and Middle Easterners were potential terrorists and their geographies filled with violence and chaos.

Valley of the Wolves-Iraq entered the world stage with the purpose of contradicting the western perception of Muslims. This movie series exposes the connection between the Iraq War and U.S. interests in securing Iraq's oil and protecting Israelis in the Middle East at any cost. By welcoming Hollywood actors in the scenario, Valley of the Wolves-Iraq reframes the U.S' presence in Iraq. Soon after the film's appearance on the white screen, criticism and praise amassed at both the film's understanding of the U.S. war on terror and policies on the Middle East. No doubt this movie marked Turkey's entrance into the world's geopolitical stage as a regional actor that can challenge dominant political understanding of the Middle East. Therefore, the Turkish entertainment sector's first cross-border trek entered the era of deconstruction of dominant geopolitical imagination and previously held perceptions of the region.

In the Turkish entertainment genre's second foray from 2014 to the present, the TV series construct geopolitical imagination by smoothly crossing absolute state borders to reach the living rooms of millions, from the Middle East to Latin America. In this period, these TV series offer more than just the destruction of established perceptions. They use various stories and plotlines that not only entertain millions but also help audiences discern alternative readings of world politics and share the Turkish narrative of history and geography. TV series produced with the support of Turkish Radio and Television Corporation (TRT) populate the land of entertainment with full historical dramas that shape geopolitical imagination.

Diriliş Ertuğrul (Resurrection: Ertuğrul), Payitaht Abdülhamid (The Last Emperor) and Mehmetçik Kut'ül Amare (Soldiers Kut al-Amara) are some of the historical productions that not only recreate past glories but also formalize new geopolitical imaginations and perpetuate national narratives for the public. These TV series present domestic and international audiences constructive new stories that align with narratives of the new Turkey of the last decade. Thus, their constructive ability in the geopolitics of entertainment differs from the earlier period of productions.

These series reconstruct historical events, peoples and geographies in a way that does not resemble the conventional readings of Turkish history and geopolitics. For example, the series Payitaht Abdülhamid revives a controversial time in Ottoman history telling an untold version of the story of Abdülhamid II, nicknamed "Kızıl Sultan" (Red Sultan) in the West. This series chronicles his struggles to keep the empire alive for decades despite all kinds of imperialist intervention from the west. In the series, current events are superimposed on a historical backdrop and in doing so; the series often produces a deja vu effect for the audience by illustrating alternative historical narratives. Even though the series is about history, the message for the audience can be applied to the here and now.

Turkish entertainment, both cinema and TV series, no doubt, influence geographical imagination domestically and internationally with deconstructive and constructive narratives. Earlier productions, particularly the "Rambo-like" war films, played an important role in disputing the established geopolitical imagination of Turkey and the Middle East. However, recently produced TV series, particularly the ones broadcast on TRT, emerge not only as anti-geopolitical productions that aim to deconstruct established narratives but also become visible as a discursive text to create an alternative geopolitical imagination of Turkey. Crossing distant borders, these productions aim to construct new stories and grand new narratives for Turkey deeply inspired by history and geography.