If Ali Kemal had money, Boris would have been a Turkish citizen now 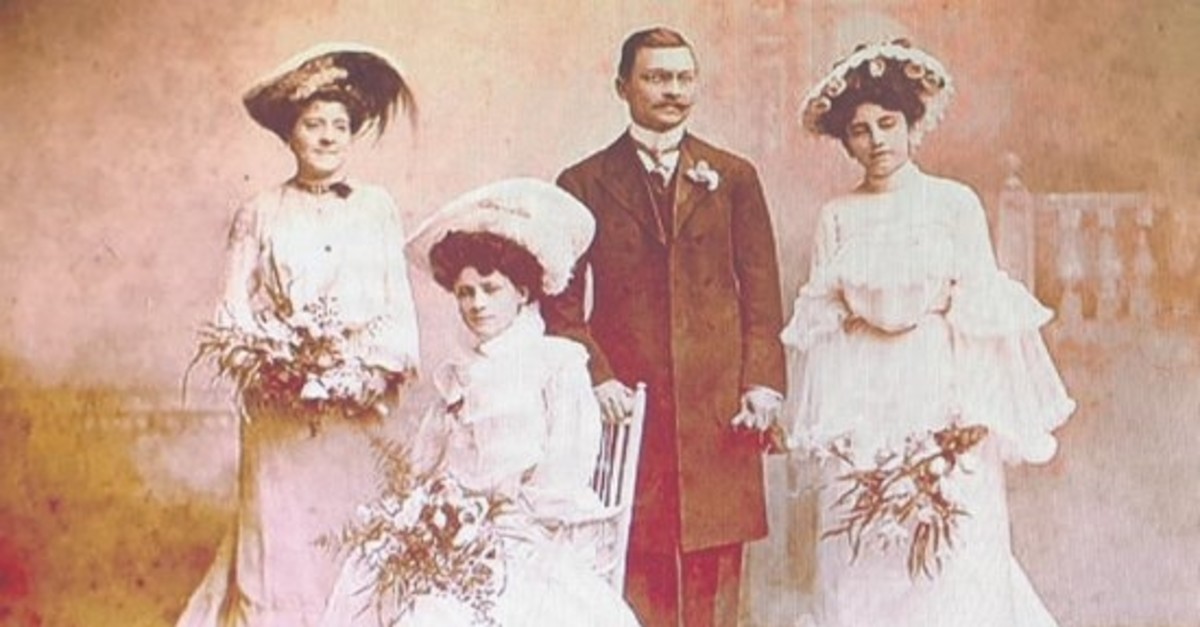 Ali Kemal, one of the prominent journalists during the dying days of the Ottoman Empire and an opponent of the Turkish War of Independence, had to leave his children Osman and Selma to their grandmother after the death of his British wife due to lack of money

Many have studied the life and works of Ali Kemal, a leading journalist and an Ottoman cabinet minister in the late Ottoman period. Detailed information about Ali Kemal can be obtained from the entry on "Ali Kemal" in the İslam Ansiklopedisi (Islamic Encyclopedia) and from the books and theses by Orhan Karaveli, Faruk Gezgin, Ebubekir Akkaymak and Nursel Çakmak.

When journalist Ali Kemal traveled from Egypt to Switzerland for summer vacation, he met Winifred Brun, a British woman and the great-grandmother of Britain's current Prime Minister Boris Johnson, at a boarding house in Lucerne. Winifred was 10 years younger than Ali Kemal.

Though Brun wanted to marry the Turk, Ali Kemal was hesitant since he was aware of the difficulties of a marriage between a Turkish man and a British woman. Before they parted, Ali Kemal told Brun: "I am going to return to Cairo now. I will not send either a card or a letter to you for a year, but I will return here next year. If you also come, then we will talk and decide." A year later, the two met again at the Santral Boarding House in Switzerland.

When they decided to marry, they looked for a priest but struggled to find one that would agree to marry them. In the end, they did manage to find one, and they were married in 1903 in a church in London. The couple soon conceived a son, but he contracted whooping cough when he was just a few months old and could not be saved, despite being taken for treatment in Switzerland.

Ali Kemal later had a daughter named Selma. After living in Cairo for some time, Ali Kemal and his wife returned to Istanbul in 1908 after falling into financial hardship, and the couple began living in Bebek. However, Ali Kemal decided to leave the country for London after the Committee of Union and Progress came to power.

Winifred died after the birth of their son Osman Ali in London. After losing his wife, Ali Kemal penned a two-volume novel titled "Fetret, Birinci Kitap ve İkinci Kitap," in which he reflected on his life as well as his political views.

Compelled by lack of money

Ali Kemal, his daughter, newborn son and mother-in-law Margaret Brun lived in Wimbledon amid financial hardships. Ali Kemal, who moved from Britain to France at one point, sent a dramatic letter on Aug. 5, 1910, to Cavid Bey, the famous finance minister of the Committee of Union and Progress (CUP). In that letter, the original copy of which is owned and was published by Murat Bardakçı, Ali Kemal wrote the following: "Cavid Beyefendi ... As you can observe from the attached letters of my mother-in-law, compelled by hardships that I had faced for years, I had the disaster of leaving my two darlings in the lurch in Britain, together with that old woman who has no source of income and no other provider than me. It's a grave disaster that seriously weakens my power of endurance, especially as it also hurts my national pride vis-à-vis the British."

"At the present moment, I need an amount of 3,000 francs in order to get out of this calamity, go to London and settle down somewhere with my children – in short, as I presented to you, to be able to live on a small income on the one hand and live by my pen on the other hand. If a moneylender you are acquainted with lends me that amount at your behest after you deign to intervene, on condition that I repay it with interest when one of my properties in Istanbul is sold – for example, that small property for which I gave Selim Hüsnü the power of attorney to sell and transfer the title – I will come to life at once and remain grateful to you all my life," he wrote.

"Please grant me that favor if possible – if not, then what can I do but feel sorry for my misfortune and beg your forgiveness for bothering you so miserably? I pay my respects and my gratitude, Sir," Ali Kemal concluded.

After failing to obtain the help requested, Ali Kemal returned to Turkey, leaving his children in Britain. In 1914, he married Sabiha Hanım, the daughter of Zeki Paşa, superintendent of the Imperial Arsenal (Tophane Müşiri). Their son, Zeki Kuneralp, would later serve as an ambassador.

Ali Kemal's children from his first marriage lived a difficult life in Britain with their grandmother. Osman Ali was later renamed Wilfred Johnson. Wilfred Johnson served as a pilot in the Royal Air Force during World War II. His son Stanley Johnson, an author and politician, came to Turkey and traced his family roots. And Boris Johnson, the son of Stanley Johnson, recently became the prime minister of Britain.

Ali Kemal was born in the Süleymaniye neighborhood of Istanbul to Hacı Ahmed Efendi, a guild chief. His father was originally from the village of Kalfat (Halfat) in Çankırı province. After graduating from the local elementary school, Ali Kemal attended the Gülhane Military Middle School but was later dismissed for mischievousness.

In 1882, he enrolled in the Mülkiye, or school of political science, where he wrote poems and published a magazine. Though his real name was Ali Rıza, he came to be known as Ali Kemal since he used that pen name in his poems and writings. In 1887, he went to France to improve his French.

During his stay in France, he contacted the opponents of Sultan Abdülhamid II's regime. Shortly afterward, he returned to Turkey but went back to France again because of his opposition to the regime. He then joined the Young Turks movement in Paris.

When Mizancı Murad disassociated himself from this movement, Ali Kemal also left it. As he was facing financial problems, he went to Egypt in 1900 to manage the farm of Ahmed Celaleddin Paşa's wife. Ali Kemal returned to Istanbul in 1908, soon after the proclamation of the second Constitutional Monarchy, and became the editor-in-chief of İkdam newspaper.

He gave lessons at the Mülkiye and joined the Ahrar Fırkası (Liberal Party). He also penned pieces harshly criticizing the Party of Union and Progress (CUP).

After the assassination of Hasan Fehmi Bey, editor of the daily Serbesti, on the Galata Bridge, Ali Kemal intensified his criticism of the Unionists (İttihatçılar) and provoked university students with his speeches in class.

When the Unionists established control, however, he fled to Paris and then moved to London. At that time, his British wife died. When the Unionists fell from power in 1912, he returned to Istanbul and continued to write for İkdam as the editor-in-chief. But as the Unionists came to dominate politics again, the newspaper Peyam, which he published, closed shortly afterward.

Since he could not engage in journalism during the CUP rule, Ali Kemal tried to earn his living through teaching and commerce. After the signing of the Armistice of Mudros in 1918, he entered politics and became the secretary general of the Liberty and Entente Party.

He served as an education minister in the first Damat Ferit Paşa government and as interior minister in the second Damat Ferit government. During his term as interior minister, Ali Kemal issued orders against the Kuva-yi Milliye (National Forces) and Mustafa Kemal Paşa. He joined the Anglophile Society (İngiliz Muhipleri Cemiyeti), which advocated British protectorate status for Turkey. Meanwhile, he resigned from the ministerial position following a row within the government and practiced journalism.

After students protested against him over his articles against the National Struggle, he left his teaching job at Darülfünun (Istanbul University). Ali Kemal was nicknamed "Artin Kemal," denoting a pro-Armenian stance, because of his writings against the Independence War.

Long maintaining his opposition to the national struggle, Ali Kemal eventually wrote on Sept. 10, 1922, following the liberation of İzmir, a piece titled, "We had and still have the same goal," in which he admitted to being wrong.

Ali Kemal was kidnapped in Istanbul to be brought to Ankara for a trial of treason, on the government's orders. However, while on his way to Ankara by train, Ali Kemal was lynched by a mob, organized by Sakallı Nureddin Paşa, in İzmit on Nov. 6, 1922.