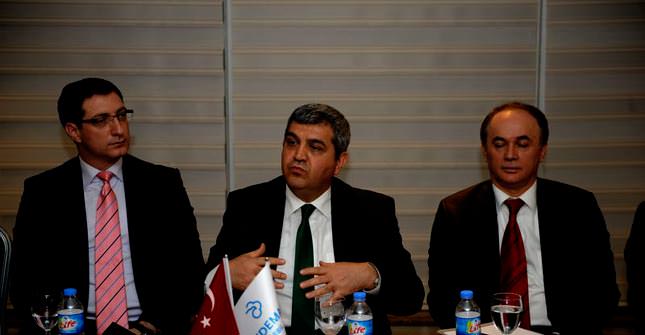 Turkey's ambassador to Iraq, Faruk Kaymakçı, said Northern Iraq was a critical springboard for Turkish companies to enter other markets in the Middle East, adding that there were plans to expand business ties.

Faruk Kaymakçı, Ambassador of Turkey to Iraq, Northern Iraq is a critical springboard for Turkish companies into the region. "Turkish companies started to permeate the region from that point," he said. "Through their experiences and activities in the region, they discovered Iraq."

He reported his meeting with the prime minister of Northern Iraq was friendly and productive. "We discussed the economic affairs of Turkey with the Regional Authority," said Kaymakçı, referring to the Kurdistan Regional Government (KRG). "I emphasized Turkey is ready for all kinds of support for the progress, peace and security of Iraq. I had a meeting with Nechervan Barzani, the prime minister, in which we talked about the economic relations between the two entities. We discussed enhanced trade between Turkey and the Regional Authority and how to evaluate investment opportunities. I thanked Mr. Barzani for the conveniences they provide for Turkish companies."

Noting Turkey is a country which is active throughout Iraq, Kaymakçı added, "We have an embassy in Baghdad and consulates in Basra, Mosul and Irbil. As the Ambassador of Turkey to Baghdad, I try to reach out to all of Iraq and embrace all Iraqi people.
He said there were 1,600 Turkish companies across Iraq, 1,300 of which are in the Northern Iraq.

He said. "We embrace Iraq and will be providing all support necessary for the development, unity, peace and security of Iraq as much as we can. Kaymakçı praised Turkish companies in Iraq, calling them the most competitive. "Companies from Turkey are very bold to attempt new enterprises," the ambassador contended. "They get close with local authorities and make partnerships with national companies. At the same time, they employ local personnel who are able to adapt with ease.."

Alper Esen, executive board member of the Independent Businessmen's and Industrialists' Association (MUSIAD), said the KRG grants privileges and provides conveniences to Turkish companies working in KRG. Esen said Kubat Talabani, the head officer of the KRG Prime Ministry Coordination Agency, told him the KRG plans to turn Irbil into new Dubai with a free trade zone. "Turkish companies are to be the first trade-partners of that prospective Dubai, particularly in construction, food and durable goods," Esen said.