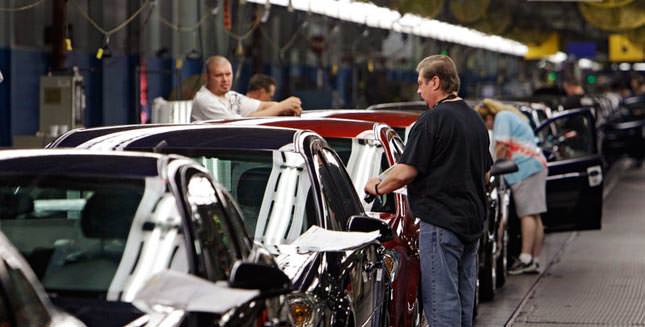 by Associated Press Mar 13, 2014 12:00 am
DETROIT – General Motors' executives and government regulators will soon have to explain to Congress why it took years to recall 1.6 million compact cars with a known defect linked to 13 deaths. And the Justice Department is investigating whether GM broke any laws with its slow response.

Members of two congressional committees will likely ask why a proposed fix to the problem was never implemented and why GM didn't immediately tell car owners about the defect.

GM is recalling a total of 1.6 million vehicles that were sold in the U.S., Canada and Mexico. The recall includes the Chevrolet Cobalt and Pontiac G5 from the 2005-2007 model years; the Saturn ıon from the 2003-2007 model years; and the Chevrolet HHR, Pontiac Solstice and Saturn Sky from the 2006-2007 model years. GM says a heavy key ring or jarring from rough roads can cause the ignition switch to move out of the run position and shut off the engine and electrical power. That can knock out power-assisted brakes and steering and disable the front air bags. Dealers will replace the ignition switches for free. GM will notify owners when the parts are available and repairs can begin, likely in April. Until then, it is warning owners to remove all items from their key rings, including key fobs if applicable. Only the vehicle key should be left on the ring. The problem has been linked to 31 crashes and 13 front-seat deaths. In each of the fatal crashes, the air bags did not inflate. The engines did not shut off in all cases. In 2004, around the time that the Chevrolet Cobalt first went on sale, GM learned of at least one engine losing power and started investigating the problem. By 2007, it had received more reports, including at least one involving a fatal accident. According to a company timeline that was given to NHTSA, the company approved a redesign of the key head in 2005 but later cancelled that plan. The company also alerted dealers that an insert on the key head could fix the problem, but warranty records show only 474 customers have gotten the insert.