Greece and the troika sign a deal to release financial aid 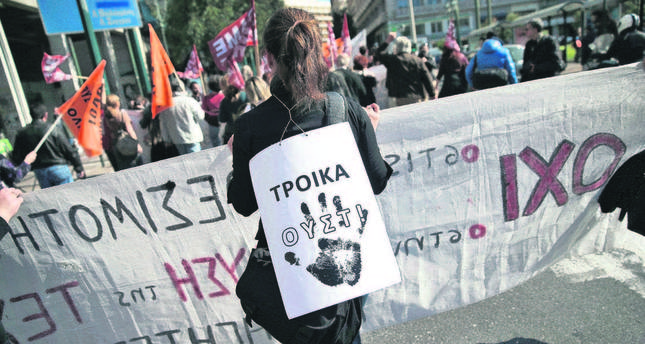 The European Union, the European Central Bank and the International Monetary Fund agreed to release more than 10 billion euros in aid

ATHENS – According to the Guardian, after seven months of grueling negotiations, Greece finally signed a deal with its three creditors to release more than 10 billion euros in aid, Greek Prime Minister Antonis Samaras announced.

Marathon talks between government officials and the troika the first weekend in March made progress in some areas but the two sides remained far from an agreement, sources indicated. After long marathon talks that lasted until daybreak in recent weeks, the European Union, the European Central Bank and the International Monetary Fund agreed to release the money, much of which has been outstanding since September.

Samaras announced the agreement on Tuesday as he visited the Finance Ministry, where it was formally signed. But in a move understood not to please the troika, he also said 500 million euros would be distributed to the poorest members of Greek society. "The long negotiations with the troika have been successfully concluded," said Samaras. "When others doubted the economy's achievements or even tried to thwart them, this government, united, went on [with the business of] seriously pursuing its mission, to get the country out of the crisis."

Samaras listed his 21-month-old government's achievements, such as preventing Greece's exit from the Eurozone, ending the country's prolonged recession and attaining a primary budget surplus earlier than the financial assistance program foresaw. Samaras also said the time had come when austerity-hit Greeks could finally take back what they lost.

With a primary budget surplus before debt interest payments to be formally announced by the Greek statistics agency in April, Samaras asserted that his administration would act on its promise to help those most affected by the crisis. "With great satisfaction, I can announce that more than 500 million euros will immediately be given to over a million Greeks on the basis of income and property criteria," announced Samaras. "That is to say to the poorest, to those who have suffered the most, to those who are most in need and of course to those in uniform whose monthly salary is less than 1,500 euros. Just as we had promised."

On the other hand, the troika has made it clear that it wants the extra cash to be used for growth and development. The policies are expected to be included in an omnibus bill to be introduced in parliament in the coming days. Parliamentary members are already digging in their heels."We can expect a little bit of Greek drama in the next week," said veteran commentator Giorgos Kyrtsos.