THY increases passenger numbers by 20 percent 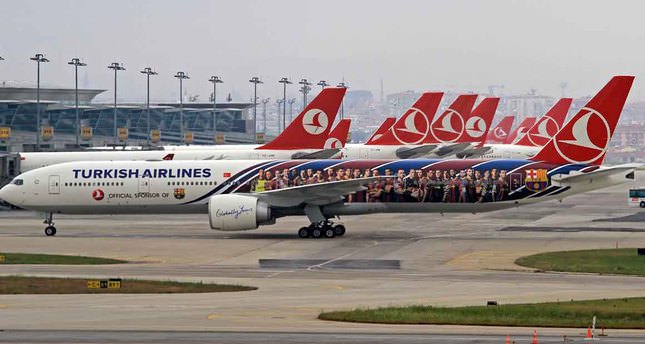 by AA
Apr 15, 2014 12:00 am
ISTANBUL — Two million more passengers flew with Turkish Airlines in the first quarter of 2014 compared to January-March last year, according to a company statement.

The total passengers from January to March this year is 12 million representing a rise of 20 percent, from last year's ten million.

Turkish Airlines also added 27 new destinations from last year - giving it a total of 246 destinations worldwide. Forty three of these are domestic destinations.