Siemens and GE battle for Alstom 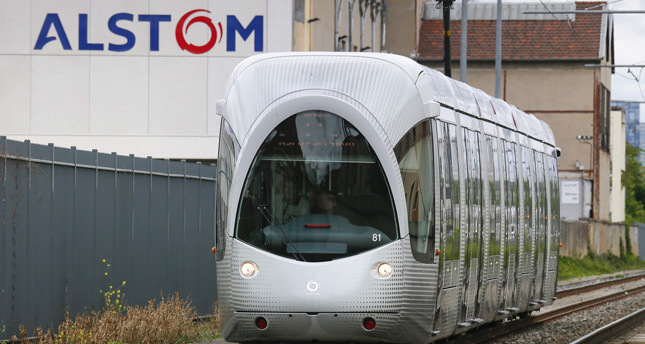 by German Press Agency - DPA
Apr 27, 2014 12:00 am
MUNICH — German group Siemens said Sunday it was available to discuss an alliance with French rival Alstom, upping the ante for U.S. multinational General Electric, which is reportedly in talks on buying the French train and power plant builder.

In a statement Siemens said it had informed Alstom's board of directors of "its availability to discuss strategic questions raised by a future cooperation."

The group, which is headquartered in Munich, gave no further details.

The statement came as G.E. CEO Jeffrey Immelt was expected in Paris Sunday to try wrap up talks with Alstom's management on buying its thermal and renewable energy business.

The French government has expressed concern about the prospect of the French group being swallowed up by the US leviathan. Economy Minister Arnaud Montebourg said Thursday he was working on "other solutions."

One alternative being explored, according to French media, is some kind of tie-up between Alstom, which employs 93,000 people worldwide, and German rival Siemens, which has 362,000 employees.

The government is no longer a shareholder in Alstom but the state is one of the biggest customers for its turbines and high-speed TGV trains.