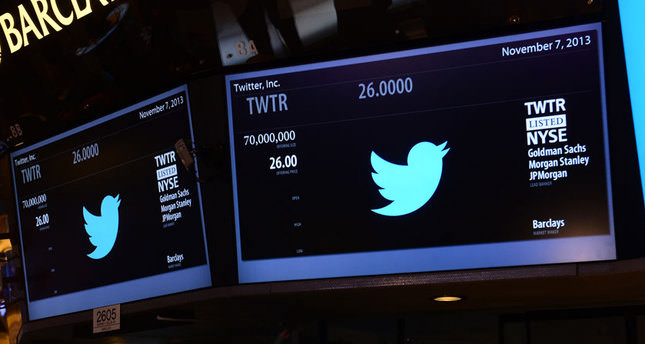 by reuters
Apr 30, 2014 12:00 am
SAN FRANCISCO, U.S. — Twitter Inc. reported lackluster user and usage growth for the second consecutive quarter on Tuesday, deepening investor concerns about its struggle to gain a mass following.

Perhaps most worrying, the San Francisco-based company said its 255 million monthly users, on average, appeared to check the service less frequently than a year ago.

The results revealed slowing momentum at a company that exuberant investors just six months ago had argued could one day match Facebook Inc's scale. At its peak in December, Twitter enjoyed a $46 billion market capitalization on just $665 million of revenue in 2013, making it one of the world's priciest stocks.

But cracks began to show in February, when Twitter disclosed that user growth had fallen to its lowest rate in years, prompting Chief Executive Dick Costolo to promise tweaks to Twitter's design.

Expectations of Twitter growing into a communications utility that Facebook has become are "unrealistic and divorced from reality," said Brian Wieser, an analyst at Pivotal Research. "Twitter is and will remain a niche medium, and a very powerful one."

Excluding certain items, Twitter broke even against Wall Street expectations of a 3 cent per share loss. But the company said its net loss in absolute terms widened nearly fivefold to $132 million from $27 million a year ago.

In May, shareholders can sell to sell up to 489 million shares, or 83 percent of Twitter shares outstanding. The company said Tuesday it would not hold a secondary sale to avoid flooding public markets with employee shares.