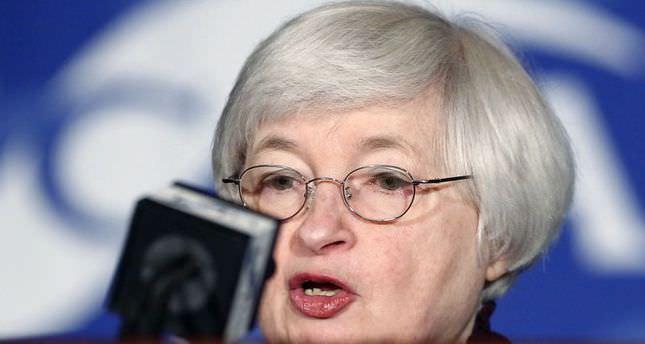 by May 03, 2014 12:00 am
WASHINGTON — U.S. short-term interest-rate futures contracts dropped on Friday after a government report showed many more jobs were created in April than expected, prompting traders to price in an earlier first rate hike from the Fed. The contracts show markets are assigning a roughly 56 chance of a first Fed rate hike in June 2015, based on CME FedWatch, which tracks rate hike expectations using its Fed funds futures contracts. Before the report, they showed traders gave a first rate hike in June 2015 only about a 47 percent chance. The Fed targeted short-term rates of between zero and 0.25 percent since December 2008, and has promised to keep them there for a "considerable time" after it ends its bond-buying program.