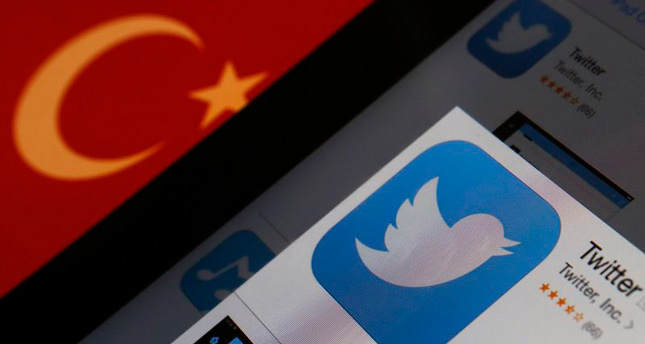 by Daily Sabah May 15, 2014 12:00 am
ANKARA — Turkish Information and Communication Technologies Authority (ICTA) officials and top executives of Twitter are going to meet next week for a second time. Minister of Transportation, Maritime Affairs and Communications Lütfi Elvan announced that the meeting with Twitter executives will be held in Dublin, the capital of Ireland. At the request of Twitter executives, the gathering, which is expected to be held after May 19 and could last as long as two weeks, will likely see Turkish government representatives repeat their demand for a Twitter branch be opened in Turkey and that the U.S.-based company pay taxes to the Turkish government.

The Turkish government and Twitter have squared off over the last two months concerning several Twitter users' accounts who released tape recording with illegal content and harshly insulted Prime Minister Recep tayyip Erdoğan and his inner circle. Turkish authorities requested in February that Twitter suspend those accounts and share their IPs to determine who was behind them. However, Twitter denied the authorities' requests, leaving the Turkish government no choice but to block access to the site. Less than one month later Turkey's Constitutional Court repealed the order and enabled access to Twitter.
Last Update: May 15, 2014 1:12 am
RELATED TOPICS