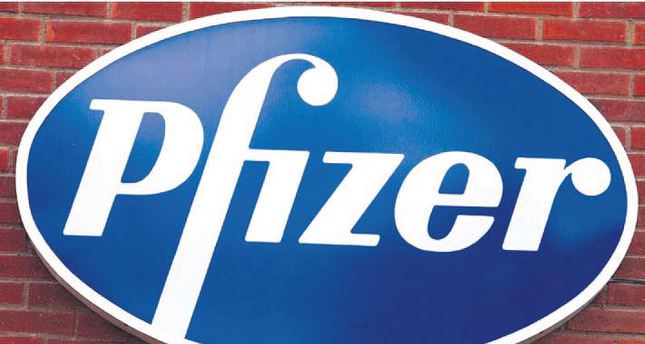 Pfizer's plan to create the world's largest drug company collapsed. AstraZeneca rejected a final takeover bid from US rival worth $117 billion, saying it undervalued the firm and created uncertainty and risk

LONDON — Britain's AstraZeneca yesterday rejected a sweetened and "final" offer from Pfizer, casting serious doubt on the U.S. drugmaker's plan for a merger to create the world's biggest pharmaceuticals group.

The rebuff came nine hours after Pfizer said on Sunday it had raised its takeover offer to 55 pounds (TL 194) a share, or around 70 billion pounds ($118 billion; TL 250 billion) in total, and would walk away if Astra-Zeneca did not accept it. Shares in Astra-Zeneca tumbled 13 percent to 42 pounds in early trade as prospects of a takeover ebbed away. Pfizer wants to create the world's largest drugs company, with a headquarters in New York but a tax base in Britain, where corporate tax rates are lower than in the United States. It has met entrenched opposition from AstraZeneca, as well as many politicians and scientists who fear cuts to jobs and research. "Pfizer's chances are going down despite its offer of a higher price," said Erik Gordon, professor at the University of Michigan's Ross School of Business. "The deal looks less likely today than it looked 10 days ago."

AstraZeneca Chairman Leif Johansson said he had made clear in discussions with Pfizer that his board could only recommend a bid that was at least 10 percent above an offer of 53.50 pounds made by Pfizer on Friday, or 58.85 pounds. In addition to the inadequate price, Johansson also slammed the lack industrial logic behind Pfizer's move; the risks posed to shareholders by the controversial tax plans; and the threat to life science jobs in Britain, Sweden and the United States. "Pfizer's approach throughout its pursuit of AstraZeneca appears to have been fundamentally driven by the corporate financial benefits to its shareholders of cost savings and tax minimization," Johansson said.

Pfizer's proposed takeover would be the largest-ever foreign acquisition of a British company and is opposed by many scientists and politicians who fear it would undermine Britain's science base.

The U.S. group said its new offer was final and could not be increased. It said it would not make a hostile offer directly to AstraZeneca shareholders and would only proceed with an offer with the recommendation of the AstraZeneca board.Pfizer also increased the cash element in its offer to 45 percent, under which AstraZeneca shareholders would get 1.747 shares in the enlarged company for each of their AstraZeneca shares and 24.76 pounds in cash. The new offer represents a 15 percent premium over the current value of a cashand- share approach made on May 2 - worth 50 pounds a share at the time - which was also swiftly rejected by AstraZeneca. Pfizer Chief Executive Ian Read said he believed his company's proposal was "compelling" for AstraZeneca shareholders and expressed frustration at its refusal to engage in talks, urging the British company's shareholders to pressure its board to start discussions. "AstraZeneca will have six months to demonstrate that it was right to reject Pfizer's offer, or face the prospect of a fresh approach," said analyst Mick Cooper at Edison Investment Research.The increased offer had been widely expected. Pfizer said last week it would consider a higher offer as it urged AstraZeneca's board to enter talks.

The British firm has laid out details of its pipeline of new drugs and argues it has no need for a deal. Investors have backed AstraZeneca in rejecting 50 pounds a share, but several have said they would want it to engage in discussions if Pfizer came back with an improved offer. There has been a mounting political backlash against the proposed deal in Britain, the United States and Sweden, where AstraZeneca has half its roots.