Britain haven for US firms after new tax laws 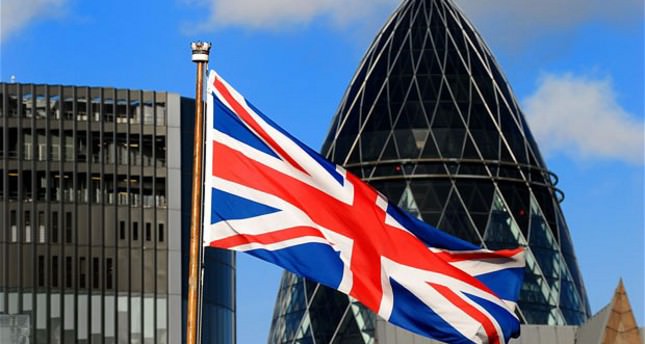 Nothing about the narrow cream-colored lobby at 160 Aldersgate Street in the City of London financial district gives a hint of its role at the center of the offshore oil industry.

That's because the building is occupied by a law firm. Yet, on paper at least, it is also home to Rowan Companies, one of the largest operators of drilling rigs in the world.

In 2012, Rowan, which has a market value of $4 billion, shifted its legal and tax base from the United States to Britain. But not much else.

"We changed our corporate structure and we're legally domiciled in the UK but our headquarters and our management team remain in the U.S.," Suzanne Spera, Rowan's Investor Relations Director said in a telephone interview from Houston.

"It has been positive. We take advantage of trying to be competitive with our effective tax rate."

A government spokeswoman for the Treasury said recent changes to the tax rules were aimed at supporting "genuine business investment".

"The UK is not a tax haven. In 2015, our main rate of corporation tax will be 20 percent, well above the levels seen in tax havens," she said in an emailed statement.

Historically, when U.S. companies wanted to cut their tax bill they usually reincorporated in Caribbean Islands or Switzerland.

However, following recent legal changes whereby Britain largely stopped seeking to tax corporate profits reported in other countries, including tax havens, companies are increasingly choosing the UK as a corporate base.

There is no official list of companies which have moved their tax base to Britain but government officials, tax advisors and lawyers said at least seven had re-based to London -- Aon Plc, CNH Global N.V., Delphi Automotive Plc, Ensco Plc, Liberty Global Plc, Noble Corp. Plc.

Drugs group Pfizer and Omnicom had planned to transfer their tax domicile to Britain, while retaining U.S. headquarters, but the takeover deals which were meant to facilitate this recently failed.

U.S. and UK filings and other company statements from the seven that relocated showed that while redomiciling to London can cut a company's tax bill, it usually involves relocating just a handful of senior executives -- and sometimes not even that many.

"The UK has made a very clear policy decision to engage in tax competition for multinationals. It's fair to say it's rivaling Ireland," said Stephen Shay Professor of Law at Harvard University who has testified to Congressional investigations into corporate tax reform.

"When I go to tax conferences now, I hear people talk about the UK as a tax haven."

Bernhard Gilbey, tax partner at law firm Squires Sanders said tax competition was common across countries and that companies were within the law and indeed faced competitive pressure to structure themselves in response to such governmental incentives.

The companies said that while tax was a consideration in their moves, commercial reasons such as the desire to be closer to customers was also a factor.

British finance minister George Osborne has welcomed the trend of U.S. companies such as insurance group Aon redomiciling to Britain, saying it reflects how the government has made the country a more attractive place to do business.

In November, Ernst & Young, one of a number of tax advisors which advocated the tax changes that made Britain a magnet for U.S. corporations, published a survey saying that 60 multinational companies were eyeing a move to the UK.

EY said this could create over 5,000 jobs and bring in over 1 billion pounds a year in additional corporation tax, the UK's corporate income tax.

However, a Reuters review of company filings and other statements from the seven companies, news reports and interviews with tax advisors and company executives, suggested corporate moves may not mean so many new jobs.

Ensco and Noble said they had each created around 30 positions between them, including moving their chief executives to London. Aon declined to say how many UK jobs it created, but filings showed its CEO moved to London and that the newly incorporated London-based parent company employed 16 people last year.

None of the most senior officers of Delphi, as listed in its annual report, are based in Britain, the company confirmed. A spokeswoman declined to say if any less senior roles had been shifted to Britain.

A spokesman for CNH, which shifted its tax base to London last year, said the company was currently scouting for a London office where some senior managers would be based. He declined to say how many or which roles would be based there.

Liberty declined to say if it created new jobs in Britain connected with its re-incorporation. Filings at the UK companies register say CEO Michael Fries resides in the United States while media reports cited the company as saying Liberty's takeover of Virgin Media, which was cited as part of the reason for re-basing to Britain, would lead to 600 job cuts.

All the companies said they continued to employ large numbers of staff at and invest in long-established operating subsidiaries in Britain. They declined to identify any new investments tied to their corporate relocation.

Lawyers said the small number of new jobs reflected how Britain would give companies the benefits of its tax regime in return for a less substantial investment than was required by some other countries -- including countries previously accused by U.S. and European lawmakers of facilitating tax avoidance.

"In terms of governance and presence, it requires actual substance if you want to set up in the Netherlands, whereas you can achieve a UK residence just by having board meetings in the UK," said Isaac Zailer, global head of tax at law firm Herbert Smith.

The seven companies Reuters examined had a combined 73 directors. Only 14 percent reside in Britain, up from 4 percent before the companies moved, company filings, records at the UK companies register and other company statements show.

For the six previously U.S.-incorporated companies which shifted to Britain, 80 percent of directors continued to reside in the United States after the move.

Accounts for the companies also show little benefit to the UK exchequer from the corporate relocations.

Ensco had a UK tax charge of $200,000 last year. That included tax on profits from its UK operating subsidiaries which have revenues of around $300 million a year.

Delphi Automotive's most senior UK corporate entity is a partnership, which does not have to pay tax. The company declined to say if other British units paid any corporation tax but said in its annual report that it had UK tax assets which could be used to offset future taxable profits.

CNH does not publish UK tax payments. Its main UK operating unit reported a tax credit in 2012, the last period for which accounts were available.

Rowan and Noble declined to say if they paid any UK tax in relation to their UK head office activities. Rowan, Ensco and Noble's North Sea rig leasing businesses have combined revenues of $1 billion a year but have paid almost no tax over the past 20 years, a separate Reuters investigation showed last month.

What attracts companies like Rowan to Britain is not a headline tax rate that is half the U.S. level but the way the UK has effectively stopped taxing profits reported by UK companies' overseas subsidiaries.

The government introduced the measures in the 2012 budget to "better reflect the way that businesses operate in a global economy" and encourage investment in Britain.

This means companies can shift profits out of the countries where their employees and customers are based, into tax havens, and then bring the money back to Britain and pay it out to shareholders without paying any tax – something that would not be possible under U.S. or German tax law.

The UK is also unusual in not charging withholding tax on dividend payments and, for now at least, offers an air of respectability.

"Over the last couple of years, companies that have used jurisdictions like Ireland, the Netherlands or Luxemburg have found themselves at the wrong end of some poor publicity for their attitude to tax," said Gilbey.

"It looks less likely that that would be the case if they put themselves in the UK because we're not generally considered a tax haven."