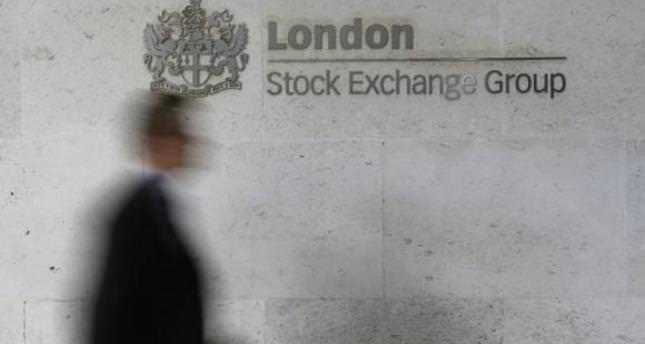 by Jun 16, 2014 12:00 am
Fighting in Iraq and renewed tension in Ukraine drove a global shift into traditional safe-haven currencies, precious metals and bonds on Monday, and kept oil near a nine-month high.

The nervous mood also spread to stock markets where the Nikkei .N225 in Tokyo saw its biggest fall in a month, European bourses .FTEU3 were in the red for the third time in four days.

The same was expected from Wall Street.

Worries about Iraq were intensifying after Sunni insurgents from the Islamic State of Iraq and the Levant (ISIL) seized a mainly ethnic Turkmen city in the northwest of the country over the weekend, in the latest scalp in a lightening offensive.

It continued to drive fears about widespread turmoil in the country and the region, that some specialists of the region believe could potentially redraw borders that have been in place since the fall of the Ottoman empire around a century ago.

Iraq is oil cartel OPEC's second largest producer and the worries left Brent LCOc1 hovering at $112.50 per barrel as it settled slightly after a $4 jump at the end of last week had hoisted it to a nine-month high.

"I think investors are starting to look at this in terms of global risk aversion," said Stuart Culverhouse, chief economist at emerging market specialist brokerage Exotix.

"Clearly it is a fairly fluid and dangerous situation, but if there is a significant deterioration in events, then that is pretty much a lose-lose for everyone."

It was a boon for safe-havens though. Among the major currencies the yen JPY= and Swiss franc CHF= rose EMRG/FRX, while gold XAU= hit its highest in nearly three weeks as it topped $1,280 an ounce for the first time this month.

Iraq wasn't the only source of concern either. Hopes of Ukraine coming off the boil were dashed after pro-Russian separatists shot down a Ukrainian army transport plane, killing all 49 military personnel on board.

Economic salvos also resumed as Russian gas exporter Gazprom GAZP.MM said Ukraine had failed to adhere to a deadline to pay at least some of its gas debts. Kiev will now have to pay up front, suggesting supplies could be cut.

That saw both Russian and Ukraine assets fall sharply. Moscow's dollar-denominated RTS index .IRTS dropped as much as 2.5 percent as Gazprom shares slumped GAZP.MM, while Ukrainian bonds and the rouble RUB= and hryvnia UAH= tumbled too.

"The next big question is whether there will be any new sanctions on Russia, probably more likely from the U.S.," said Viktor Szabo a fund manager at Aberdeen Asset Management.

The dollar JPY slipped about 0.2 percent to 101.81 against the in-demand yen to leave it near a two-week low, while bets the U.S. may end up raising interest rates after Britain saw the pound GBP=D4 hit a 5-year high as it briefly topped $1.70.

The central bank is expected to press on with its $10 billion-a-month reductions in stimulus. But with it also expected to nudge down its economic forecasts, all eyes are on any hints it gives on rates.

Wall Street ESc1 was expected to be dragged back by the Iraq worries when trading resumes, with Monday's main data focus the NAHB housing market survey for June. ECONG7

Ahead of that, the New York Fed's "Empire State" general business index beat forecasts with its strongest read since June 2010. Other data in focus this week is China's latest report on foreign direct investment on Tuesday, and then house price figures on Wednesday.