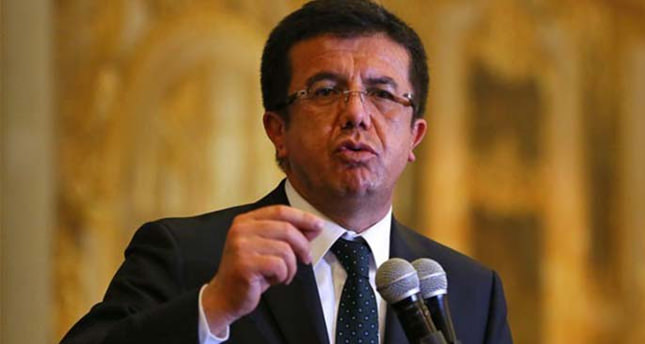 by Hazal Ateş Aug 12, 2014 12:00 am
President-elect Recep Tayyip Erdoğan is planning to start a new economic era after his inauguration on Aug. 28, 2014. According to sources close to Erdoğan, the government will redefine its priorities, and aims to achieve its economic targets for 2023. Erdoğan's success reinforced trust in Turkey's economy. Projects to ensure Turkey becomes one of the richest, most developed countries in the world will continue as well. The government and bureaucracy will be reshaped, and per capita income will increase to $14,000.

Another target is to create employment opportunities for 1 million young people each year. However, it is uncertain who will be re-assigned and who will remain in ministries including economy, finance, labor and customs, which are directly linked to economy.

While there are assertions that the current deputy prime minister, who will complete his third term, will not be included in the new cabinet.

As sources reported, the government will continue to maintain economic stability and control of the financial markets. There will be unanimity in terms of the Central Bank of the Republic of Turkey's (CBRT) interest rate policies. Recently, despite Erdoğan's criticism of the CBRT's interest rate policies, some ministers in the cabinet have issued statements supporting the policies of the bank. Cooperation and collaboration between the key economic institutions include the CBRT, the Treasury, Banking Regulation and Supervision Agency, the Capital Market Board and the government. Rate policies will be discussed, and the demand for lower interest rates will continue. The struggle against financial institutions that are under the control of the shadowy imam Fethullah Gülen and his followers will also continue.

In the new era, macro targets in the banking, energy, defense and communication sectors will be updated. Furthermore, the banking sector will be restructured; with new licenses issued, participation banking will be incited.

All mega projects including the third airport and the third bridge in Istanbul will be completed along with various other mega construction projects. Investment and production capacities of small-scale enterprises will try to increase, and the number of companies whose stocks are being traded on the Borsa Istanbul will be increased. Strategic investments in national tanks, satellites and aircraft will also continue.

With the new government, the authorities and people in charge of the economy will completely change. The current Minister of Economy Nihat Zeybekçi described their target as transforming Turkey's economy from "passive to active." Zeybekçi further noted that with such a transformation, Turkey will have more powerful energy, raw material and consumption networks. "Now Turkey's total exports have reached $152 million [TL 326.6 million], and it is possible to reach our targets for 2023 if we continue with the same production, market and marketing trends and habits," said Zeybekçi.
Last Update: Aug 12, 2014 1:36 am
RELATED TOPICS