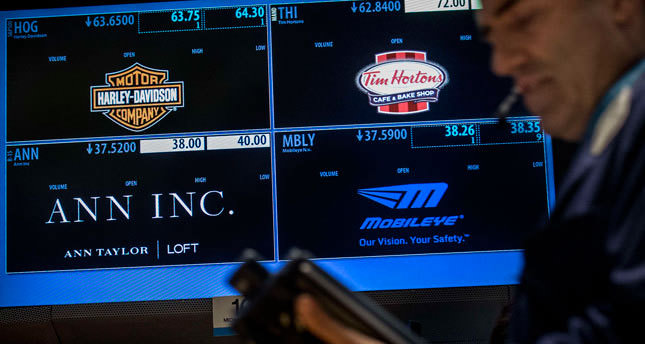 Burger King is in talks to buy Tim Hortons in hopes of creating a new, publicly traded company with its headquarters in Canada. With a new base in Canada, Burger King, now based in Miami, could shave its U.S. tax bill

Fast-food chain Burger King plans to buy Canadian chain Tim Hortons in an acquisition that will make it the world's third largest in the fast-food sector, the companies said Sunday. Following the merger of the two groups, Burger King's majority shareholder, investment firm 3G Capital, will hold a majority in the new enterprise. The remaining shares will be distributed between the current shareholders of Tim Hortons and Burger King. B oth brand names will be retained. The two companies' current market value is about $18 billion (TL 39.2 billion). The two companies said in a joint statement that the new group will be traded and based in Canada, where the merged company's largest market is located.

A Canada home base will also permit the company to benefit from Ottawa's more favorable tax code. Together, Burger King and Tim Hortons will have an estimated revenue of $22 billion a year from around 18,000 restaurants in 100 countries. The two companies said, however, that the deal is not finalized, with negotiations still underway on the final agreements. Founded in 1954 with a restaurant in Miami, Burger King became the world's second biggest hamburger chain, with 13,000 shops in nearly 100 countries. According to the company, it serves an average of 11 million customers a day. Tim Horton, named after its founder, has become iconic on Canadian roadways since its first coffee and donut shop opened in 1964 in Hamilton, Ontario.

Horton, born in 1930, spent 22 years as a professional ice hockey player in Canada and the United States before opening his first restaurant. He died in 1974 in a car crash coming home from a hockey match. At the time his chain had 40 shops - it now boasts 4,546, of which 3,630 are in Canada. cDonald's is the largest fast food chain in the world. The food chain have 35000 outlets in total across 119 countries. Everyday nearly 68 million customers visit McDonald's, more than that of total population of Great Britain. Hamburger is the signature product of McDonald's, sells 75 hamburgers in every seconds. KFC or Kentucky Fried Chicken is the second largest restaurant chain in the world. Now KFC have 18875 stores in 118 countries. KFC gets nearly 8 million customers ever yday from US alone. Subway fastfood service operates in 107 countries, have 42174 restaurants in total.

Submarine sandwiches and salads are main products of subway service. There are 38 million subway sandwich option available for the customers. It serves 7.6 million sandwiches in daily basis. In fact subway makes enough sandwiches in an year that can cover the Earth for 14 times.
Last Update: Aug 26, 2014 2:13 am
RELATED TOPICS