Goldman Sachs to lose on loan to Portugese bank 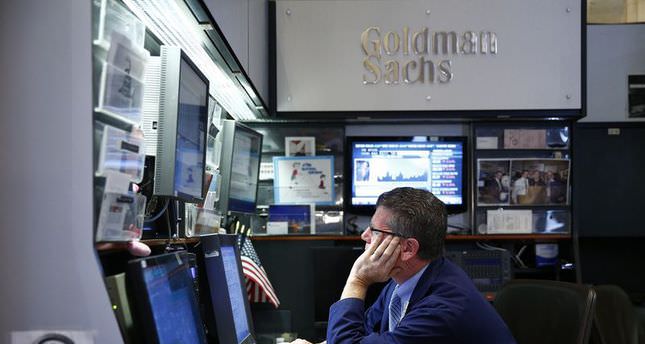 by Sep 03, 2014 12:00 am
Goldman Sachs stands to lose money on a multi-million euro loan it made to one of Portugal's largest banks a month before it collapsed, the Wall Street Journal reported on Tuesday. The U.S. investment bank made the $835 million (TL 1.81 billion) loan in July through a Luxembourg financing vehicle it created at a time when Banco Espirito Santo, on the verge of bankruptcy, found it nearly impossible to borrow money directly in capital markets, the newspaper said. The loan proved to be only a brief lifeline for BES, which was bailed out and dismantled in August. A recapitalization of nearly 5 billion euros was paid for largely with public money. The Journal said Goldman Sachs would lose money on the deal.Quoting a source familiar with the matter, it said the U.S. bank had planned to sell the debt to outside investors but struggled to find buyers.