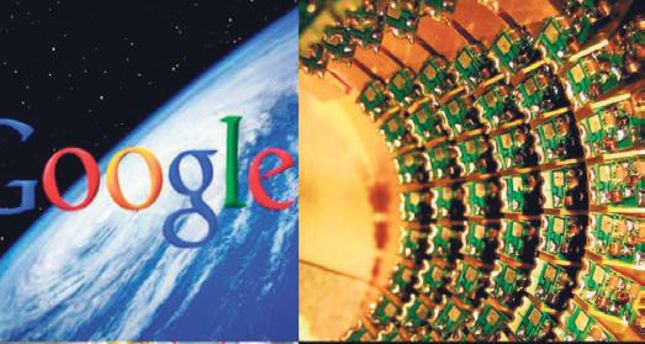 by Sep 04, 2014 12:00 am
Google on Tuesday said it is working on a super-fast "quantum" computer chip as part a vision to one day have machines think like humans.
The Internet titan added renowned researcher John Martinis and his team at the University of California, Santa Barbara, to the Quantum Artificial Intelligence team at Google, according to director of engineering Hartmut Neven.

The new hires are part of a "hardware initiative" to design and build chips operating on sub-atomic levels in ways making them exponentially faster than processors currently used in computers, "With an integrated hardware group the Quantum AI team will now be able to implement and test new designs," Neven said of the quest for a transformative new chip. Last year, Google's artificial intelligence lab partnered with US space agency NASA on quantum computing research.