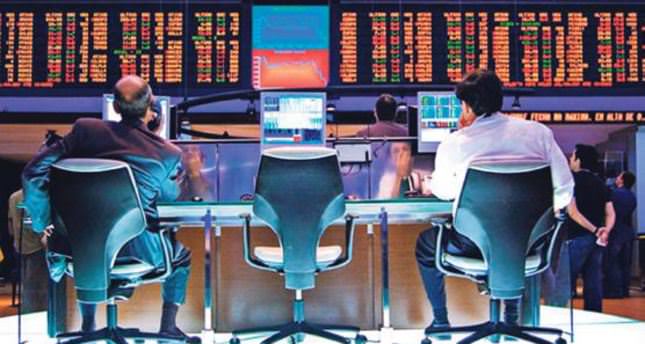 by Daily Sabah Sep 05, 2014 12:00 am
Turkey's stock market, the Borsa Istanbul (BIST), released a report on Friday focusing on foreign investors' position in the Turkish capital market. According to the report, foreign inflow to the Turkish exchange market was -$64 million (TL 138.66 million) in August. Analysts informed that after a $504 million inflow in July, foreign investors shifted their positions in accordance with an increase in demand for the U.S. dollar stemming from the Fed's possible earlier-than-expected interest rate hike.

The report notes that foreign inflow to the market has reached $1.62 billion since the beginning of the year. According to the report, the BIST index surged in February, March, April, May and June from positive foreign inflow, while the index in January, June and August suffered from negative foreign inflow. Foreign financiers' most popular stock shares were Turkish Airlines, Pegasus Airlines, Vakıf Bank and Tekfen Holding.