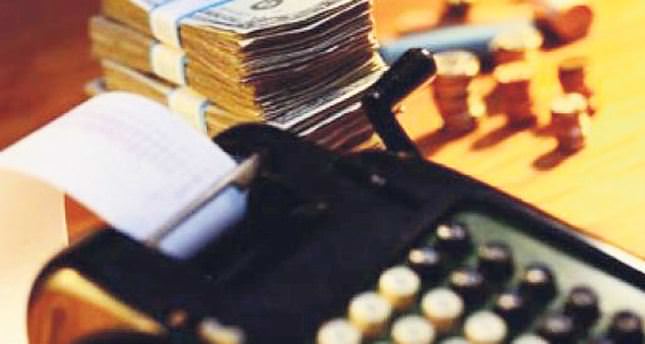 by Daily Sabah with AA Sep 05, 2014 12:00 am
International credit rating agency Standard & Poor's (S&P) Analyst Göksenin Karagöz shared his expectations of the Turkish banking sector for the rest of the year. "If the central bank continues to decrease interest rates, we expect the interest margin shrinkage - and thereby a profitability ratio - to lose a little momentum," said Karagöz.

Karagöz said that as it can be seen from the first half-year figures of banks, the negative progress of profitability has been continuing since 2010. He stated that the active profitability ratio of four Turkish banks rated by S&P has changed between 1 percent and 1.7 percent, according to data from the first six months. Karagöz added that "The same ratio was between 1.7 percent and 2.7 percent in 2010. This is not a big surprise because there are three factors here. The first one is that economic growth has slowed down because of internal dynamics as well as measures taken by the Turkish Banking Regulatory and Supervisory Agency (BDDK). The second one is that interest margins continue to decrease due to competition and conjuncture. And the last factor is the new rules limiting charges and commissions that banks receive from their customers." Evaluating the impacts of the BDDK's new regulation on credits and credit cards, Karagöz remarked that the final draft of the regulation of wages seems better compared to the previous draft for banks which earn most of their incomes from private banking.

Emphasizing that they find the regulation limiting installments positive since it slows down the excessive growth of credit cards, Karagöz said that "both regulations will have a negative impact on profitability."Stating the effects of the U.S. Federal Reserve Bank's early interest rate cut, Karagöz said that "The impact of a decrease in the Fed's bond purchases and a possible interest rate increase have for a long time been spoken for; however, they haven't affected prices and liquidity as expected.

Besides world markets, this situation also involves Turkish banks." He added that, "Thus, the decisions of the two most significant institutions affecting global markets neutralize each other. On the other hand, liquidity still keeps flowing to emerging markets including Turkey. We observed that many many african countries have reasonable debt levels. Another example is some countries such as Spain and Portugal are still trying to overcome economic troubles. That is to say, ind is still blowing on the back of the banking industry . In the case that this wind slows down, we expect a marginal increase in prices. But this won't create a problem for Turkish banks to renew matured credits. Still, a subject we have been talking about for a long time is expressed by many market participants today. That subject is the increase of dependency on the short-term debt of Turkish banks. But we don't expect this to continue because the increased rates of credit sharply fell. A possible liquidity shrinkage might have a negative impact on credit renewing rates."